A bridge too far for Roscommon 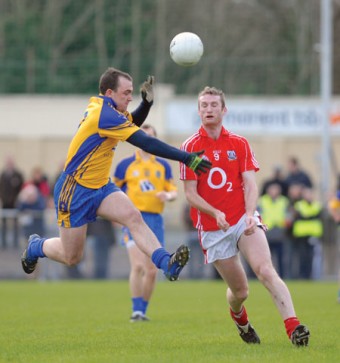 On the weekend of a championship match Jury’s Hotel, Croke Park is normally buzzing with animated followers of all the participating teams and last weekend was no exception. I was there early as I had overnighted in the capital and I made my way to the hotel to soak up the atmosphere hours before the game. I mingled with a number of Cork supporters chatting about the match and, to a man, they were hugely confident of their chances against Tyrone. They talked about the maturity of the team this year, the options off the bench and the aerial dominance they had at midfield. A number of them suggested that, not alone would they beat Tyrone, but that they had availed of the 7/2 on offer from most bookmakers on Cork to win the All-Ireland. After engaging them in conversation and having the crack with several of them I must admit that they had me convinced, too, that they were the team to beat this year. Jack O’Connor and Ger O’Keeffe arrived at the hotel. There was a rush of eager youngsters to Jack looking for autographs and he was as courteous as one would expect from a GAA manager, spending time chatting and encouraging all of them. Jack’s son was playing on the Kerry minor team later and he was anxious to have some food before heading across to Croker. We chatted for a while with the ever attentive hotel manager, who incidentally is a Kerryman, and had food organised for the boys. They had played golf somewhere between Kerry and Dublin on the Saturday afternoon and O’Connor was as excited as a young lad with a new toy as he described how he hammered O’Keeffe in a game of ‘skins’ (golfers will understand what I am talking about here). I suggested that a Cork victory over Tyrone wouldn’t necessarily be the result that Jack would prefer. It was widely acknowledged that the Kerry lads would have loved a crack at Tyrone in an All-Ireland this year, bearing in mind their record against the current champions. He didn’t disagree and acknowledged that if Kerry got to a final against Tyrone, his job from a motivational perspective would’ve been a lot easier.

Experience comes to the fore

You can’t beat experience or class. Despite the flamboyance and arrogance of youth, the old experienced warhorse who’s been there, done that, invariably realises that something clever is required if his team is going to prevail. And so it was last Sunday with Charlestown edging past Castlebar, just when some might have felt a shock was on the cards. In Crossmolina’s case in our semi-final defeat to Knockmore it looked as though we had too much experience and not enough youthful exuberance. Last Sunday Castlebar had plenty of youthful energy around the field, but when the game was there to be won, Charlestown had that little bit of guile and know-how to close out the deal. With all their experience they knew how to win this game and advance to yet another county final.

Kerry and Cork set to dominate the All Stars

The Vodafone football All-Stars are due to be announced tonight (Friday), live on RTÉ with the hurling All-Stars having been announced earlier on this afternoon. As is the norm, the All-Ireland final winners will get the bulk of the statuettes, with the defeated finalists also collecting a few baubles as consolation for their year.