Planning objections expected against proposed bar and restaurant for Clybaun 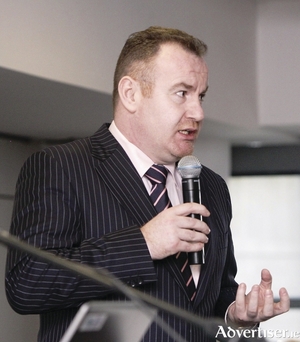 There is significant opposition among a number of residents in Knocknacarra against a proposal to build a new pub and restaurant at a site off the busy Clybaun roundabout. A planning application was lodged regarding this development on May 29 and submissions will be accepted until July 2.

Buy a ticket and help Connemara graduate do everyday things

The life of a Co Galway university graduate will be transformed within the next few months when she receives Bebionic prosthetic arms.

Big turn out at Charlestown 10k

September in the rain marked the second running of the Charlestown 10k on Saturday evening. The recent good weather turned colder, wetter, and breezier, but the rain held off during the race and conditions were good for running. Christina Duffy and her team, assisted by John Roddy, put on another enjoyable and impressively organised event. They provided an excellent well marked and marshalled course all the way from the starting line at Lowpark to refreshment tables in the CBD sports complex, for which the race acted as a fund raiser. John Byrne, John Mannion, and Paul Conlon led David Tiernan out of town, as the field headed for Cloonaweema. Jonathon Deane, Thomas Kelly, Brendan Gill, and Anto Devaney kept them in view until they crossed over to the old Dublin road at halfway near Gowel. By then Byrne had a few metres on Mannion, with Tiernan and Conlon together over a minute behind. Ann Lennon had John Nolan for company as she had in Balla 10k and Claremorris four mile the previous week. John Byrne stretched his lead gradually from 6k and crossed the line in 32.32, a new course record, to record his first league race win since 2011. “I thought I’d never see that time again”, he said afterwards. This marks a brilliant return to form for Byrne, who has been at the forefront of Mayo athletics for over 15 years. Mannion finished second in 34.10 with Tiernan third in 34:51, a new PB and beating his 2012 winning time by over a minute. Ann Lennon 37:47 – a brilliant performance by the National W45 half marathon champion, and Colette Tuohy in 39:20 finished first and second in the women’s category. Standards were high, with more than double the number finishing in under 40 minutes compared to 2012. There were a number of PBs joyfully celebrated at the finish line. The road League continues in east Mayo in less than three weeks with the Ballyhaunis 8k on September 28, followed a week later by the final race, Breaffy 10k on October 6.

Success in Norway for Mayo athletes

Mayo AC's Michael McNeela took the long road to Norway to run in the Nordmarka Skogsmaraton set entirely in a forest just outside Oslo and finished in an excellent time 3:24:58, Michael ran 3:14:08 in Dublin 2012 and was the recent winner of the Inishbofin half marathon.

Kilmovee 10k was a roaring success on and off the course 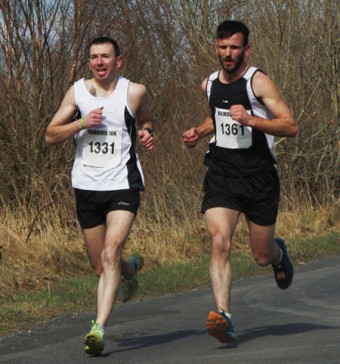 There was a brilliant turnout on a sunny but chilly Easter Saturday for the 4th Kilmovee 10k run and walk, excellently organised by Kilmovee Shamrocks GAA club and the local community in aid of Mayo/Roscommon Hospice. A good breeze cooled participants as the field turned towards the Roscommon border at Aghadiffen Bridge after 3k. Apart from a slight hill at 9k it was a relatively flat course. Con Marshall (M35) led out with John Mannion and Aidan Callaghan close behind. As the race progressed the Cork man, pushed ahead and established a 17 seconds winning gap at the tape. His finish time was two minutes outside Martin Conroy’s 2012 effort. Brendan Gill was the leading Mayo AC finisher in fourth, less than a minute behind Marshall and he was first M35. Mary Gleeson was first woman once again and was unchallenged all the way. However, she was a bit disappointed with her time – almost a minute slower than 2012. Paula Prendergast underlined her recent brilliant form at Tubbercurry with another PB, finishing second in 39:23 – nearly a minute faster. 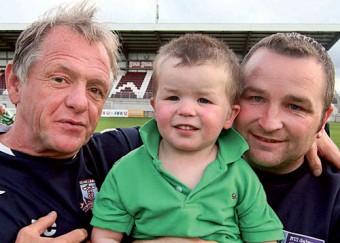 When the Aston Villa Legends face West United - the club at which the late Eamonn Chick Deacy began and ended his soccer career, they can expect “hard tackling” and “tough and fearless” opposition, warns its manager William Grant.

His light will never go out 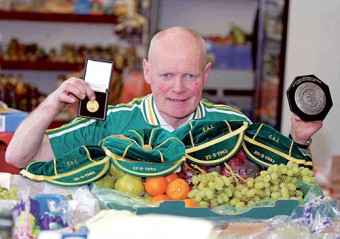 Eamonn Deacy's light will never go out. Craving the game rather than the glory, Eamonn is above cringing at the thought of an Aston Villa selection coming to Terryland Park for a celebration of his rich contribution to all things Galway.

Bank holiday weekend brings out the best around Mayo

Celebration for Chick to be launched on Monday 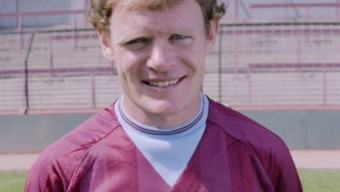 A concert, golf am-am and testimonial soccer match will form part of a series of events to celebrate Galway soccer legend, the late Eamonn Deacy.

SD Galway and Mervue kick off season with weekend friendlies

Salthill Devon Galway, the newly rebranded League of Ireland outfit, will kick off its season on Saturday with the first of three friendlies.