The loss of the Garth Brooks concerts “will make other acts think twice before scheduling events” in Ireland and could impact on the State’s application to host the 2023 Rugby World Cup. 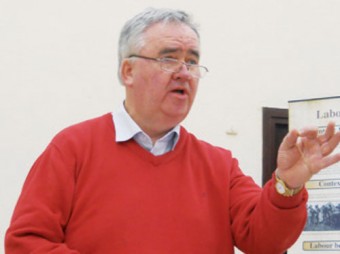 A local Labour TD has firmly nailed his colours to a 130m mast, when he publicly declared his opposition to the windfarm proposed for the Midlands at a meeting this week, but was contradicted on a number of points in a later address by the CEO of the firm behind the project.

A research programme in cloud computing involving the Software Research Institute at Athlone Institute of Technology (AIT) has received €1.2 million in funding from the Government.

The last thing Ireland Inc needs is a besmirched presidency

Allegations of attempted murder, family rows, child abuse, age of consent, dodgy dealing with envelopes, confrontations with sons of murdered gardai, internal party bickering, quango queens, televised meltdowns, sibling savagery, bloody hands, political assassinations — it has been one hell of a presidential election campaign which comes to an end this evening when the last votes are cast and the doors on the polling station close at 10pm. Every element of the campaign so far would not be out of place on The Jerry Springer Show. Shows such as Springer’s specialise in gathering people bound by some connection in one place and then watching them disintegrate in front of a televised audience. It is the principle behind Big Brother, The Apprentice, My Big Fat Gypsy Wedding. 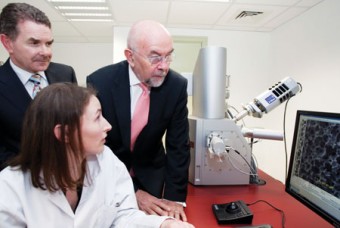 Minister for Education and Skills, Ruairí Quinn, was in Athlone yesterday to officially open a multimillion euro research hub at Athlone Institute of Technology.

Jobs initiative is a just sticking plaster, but it’s a start

A lot of people have been left disappointed by what was announced by the Government this week regarding getting the country back to work. There is no doubt that what was finally released and announced was very different from that which was promised during the heat of the General Election, but then Government actions are always tempered by the reality of power. 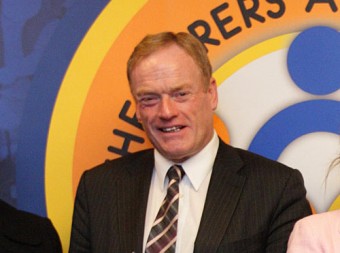 Fine Gael Deputy James Bannon has called on the Taoiseach to be a more ‘visible presence’ on the international stage in seeking to secure business contracts for Ireland.