Know the difference between hay fever and Covid-19 symptoms

As hay fever season begins, the Irish Pharmacy Union (IPU) has issued advice on recognising the difference in symptoms between hay fever and Covid-19.

HAY FEVER AND MICRO-IMMUNOTHERAPY (A NEW AND NATURAL APPROACH) 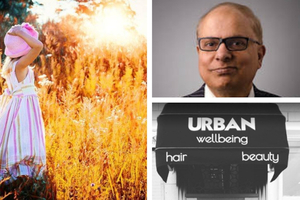 Hay fever (acute seasonal allergic rhinitis) is the most common type of allergy. Symptoms include itchy red eyes also known as allergic conjunctivitis, watery discharge from the nose and eyes, sneezing, fatigue, headache and nervous irritability. It can mimic the symptoms of common cold and affects 30% of the population worldwide. Post nasal drip of mucus can lead to a cough, and nose bleed in severe cases. Tree and grass pollen is the usual cause of hay fever in spring and summer-time but perennial allergic rhinitis can be caused by some or all of the following: animal hair, dust, feathers, fungus, spores and moulds the symptoms of which can stay with you in any part of the year. Some of us are born to be allergic from birth it occurs in both males and females and anywhere in the world, hay fever is not contagious.

One in five Irish people suffer from hay fever

One in five Irish adults claim to suffer from hay fever, while more than one in four say they do not know how to alleviate their symptoms.