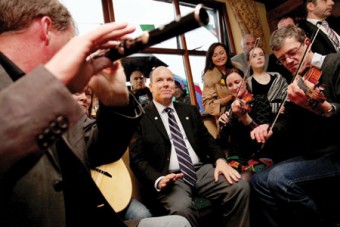 Not for the first time the small village of Newport became a hive of activity because of a visit from the royal family of Monaco. On Wednesday, following in the footsteps of his late mother and father, Prince Albert of Monaco visited the ancestral home of his late mother, Princess Grace, in the west of the county.