Coping with the Magdalen fallout 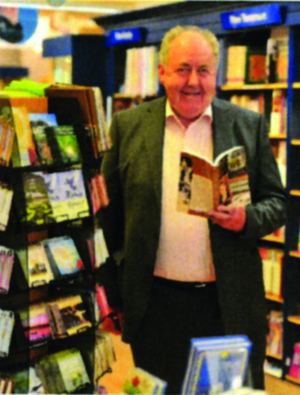 Ilearn something of the impact that the Magdalen Laundries scandal had on the Mercy nuns themselves reading the personal testimony of Sister Phyllis Kilcoyne. Sister Kilcoyne is part of the Leadership Team of the Western Province of the Mercy Order.*

Abuse is the new discourse

When Enda Kenny stood up in the Dail yesterday and outlined the amount of bile and hate that is coming his way courtesy of his stance on the abortion legislation, he was reflecting a reality that ensures abuse is now a new form of discourse, being seen instead as a quicker way of getting your point across than searching and struggling manfully for a burst of eloquence that may never arrive.

St Patrick in his own words

THE FIGURE of Saint Patrick has dominated the Irish cultural landscape in a way that few other national icons, such as Uncle Sam or Saint George, ever have.

Is Ms Jennifer Sleeman a bit of a crackpot? 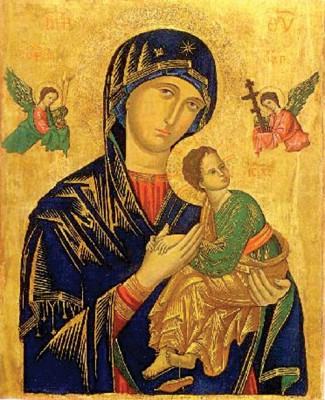 I have always thought it strange why so many women feel isolated from the Catholic Church, when it has at its centre a woman, Mary - the Mother of God. It is not right that many women feel they are ‘second class citizens’ within a church that attempts to reach out to all. Surely without Mary, the New Testament would be worthless. Surely after the Nazarene Himself, the Mother of Jesus, who is venerated by the Catholic and Orthodox churches, is the first and greatest saint in heaven. Mary is revered by all Christian churches, and honoured by Islam. At the very first council of the Church, at Ephesus four hundred years after Christ, she was declared to be the Theotokos, Mother of God (the actual God bearer). But even before that her image, holding the Child, was etched into tombs in the Roman catacombs. Being the Theotokos, Mary could have become remote, unreal from the human experience. After all we are told that she was born free from Original Sin, which as a total ‘theological illiterate’ I don’t fully understand; but I accept the logic that if Mary was not the mother of God, then Jesus was not God. I believe that He was. Yet despite the supreme position of Mary many women feel isolated, uninvolved, as if they have no contribution to make.

The next Orthodox liturgy service of the Dormition of the All Holy Mother of God will be held on the Sunday August 15 at the Church of the Holy Rosary in Castlebar at 3.30pm. 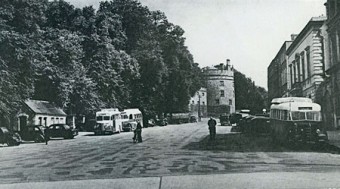 As the war progressed, rumours swept the country of foreign incursions and sinister hostile action. Seamus O’Brien was “off-duty” on a warm autumn evening in 1940 when a “Red Alert” invasion scare sent shock waves through Callan.

“TO SING is to pray twice,” said St Augustine and whether it is through Gregorian chant or music by classical composers, God and music itself has been richly served by Christian song. 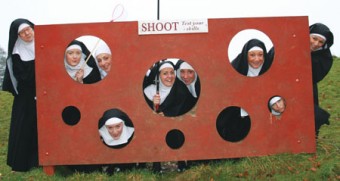 Early visitors to Belvedere House and Gardens last Sunday morning could make little sense of the scenes they witnessed as the place seemed to be full of nuns.