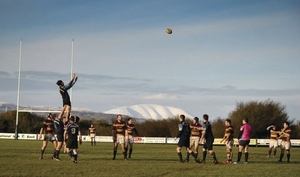 After the second round of action in the Connacht Junior Cup last weekend there are four Mayo teams left standing as it reached the quarter-final stage. With one all Mayo tie coming up on Sunday, there is a very realistic chance that three Mayo teams will make the semi-final stage of Connacht’s premier junior rugby cup.

Ballina pick up points as Bulls come up short

It was another weekend of mixed fortunes for the Mayo sides in the top level of junior rugby in the province with Ballina running out big winners and Westport going down by 21 points on the road.

Westport grab draw at the death

This weekend sees a break from the action in the Connacht Junior League after eight hectic rounds of action. In the top division, Westport remain as the main men from Mayo, currently sitting in fourth place in the table behind the Galway trio of Connemara, Monivea, and Corinthians, and they will be well buoyed by the last second draw they got against league leaders Connemara in Monastery Field. The Bulls trailed by 14 points at the turn around. Westport did narrow the gap back to three points midway through the second half, but Connemara scored a break-away converted try to push their lead out to 24-10, but with a few minutes left Mike Cronin touched down for Westport, with Séan Tobin converting the try and then kicking a late, late, penalty to grab a draw for Danny O’Toole and JP Walshe’s charges. Next up for the Bulls is sixth place Ballinasloe in Carrowholly on Sunday week. When the team met in round two in September, Ballinasloe emerged two point winners against Westport condemning the Bulls to their second defeat of the season, but they have been on a steady upward trajectory since then, with their only blip a loss to Corinthians a fortnight ago.