The man who sank the SS Athenia 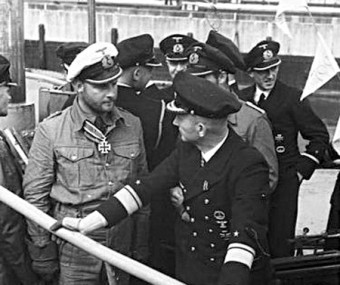 While Galway was caring for some of the survivors of the SS Athenia, torpedoed off the Donegal coast on September 3 1939, America, Britain and Canada unleashed a vitriolic attack on Germany for sinking a passenger ship. Included among her 1,418 passengers and crew were more than 300 Americans. A total of 117 people were killed, some unfortunately as they were being lifted from the sea by the rescue boats including the Knute Nelson (which had brought 430 survivors into Galway), and three British warships, the HMS Electra, HMS Fame and the HMS Escort, which had rushed to the scene. Among the dead were 28 American citizens.

The people of Galway were shocked and excited by the arrival of 430 survivors who were brought ashore from the Athenia which was sunk by torpedo off the Donegal coast only hours after war was declared on September 3 1939. The town was galvanised into action. An impressive and practical plan was put into place to receive the survivors, to ensure they were comfortably accommodated, and to care for the wounded. There were 10 stretcher cases, numerous minor injuries, and distressed children. The passengers, who included Americans and Canadians, and refugees fleeing a deteriorating political situation in Europe, were bound for Montreal.

The day war came to Galway 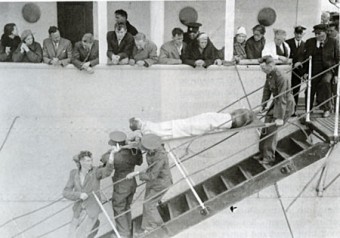 On Monday morning September 4 1939, the Galway harbour master Capt T Tierney was listening to a radio message from the Norwegian freighter Knute Nelson to say that it was steaming to Galway with 430 survivors from the Athenia, which was sunk by torpedo 250 miles north-west of Inishtrahull Island, off the Donegal coast. There were injuries among the survivors. Many were distressed and suffering from hypothermia. It requested urgent assistance.

Galway was ready to serve...

On the evening that France and Britain declared war on Germany, September 3 1939, the 13,500-ton liner SS Athenia, chartered by the Cunard Line, and bound for Montreal with 1,418 passengers and crew was torpedoed, without warning, 250 miles northwest of Malin Head in the North Atlantic*. The following day the Norwegian vessel, Knute Nelson, was steaming towards Galway with 367 shocked and injured survivors, and asked that the city be prepared to receive them. Other survivors were picked up by British naval vessels and brought elsewhere for treatment, but in total 112 passengers and crew were killed in the attack, 28 of them Americans sailing for home as war was declared in Europe.