CEO of the Sustainable Energy Authority of Ireland, Dr Brian Motherway visited Crossmolina recently and met with the Chair and members of Crossmolina Community Development Committee and other stakeholders in the Community to discuss the potential for Crossmolina to be funded as a Better Energy Community. The meeting was organised by Deputy Michelle Mulherin who said she was delighted that Dr Motherway accepted her invitation to come to Crossmolina for the meeting.

The final four showdown this weekend

It was a weekend for shocks and surprises last weekend as the two teams who have won the last three Moclair cups between them bowed out at the quarter-final stage. The biggest surprise of the weekend arguably was Breaffy’s victory over Ballaghaderreen in the first of Sunday’s games. 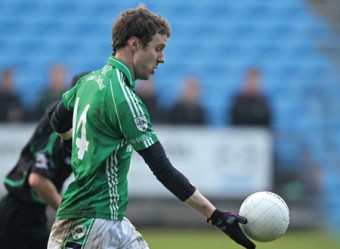 The Charlestown Sarsfield cavalcade will be making its way to Pearse Park, Longford, this Sunday where they will be dreaming of a place in this year’s All Ireland Intermediate Championship Club final. Standing in the Mayo and Connacht champions ways is Fr Rock’s, Cookstown from Tyrone. The Ulster men will be bringing with them on Sunday one of the most recognisable figures in recent GAA history, Eoin Mulligan. The bleach blonde full forward brings with him all the experience that being part of a three time All Ireland winning team comes with and will be the man, all of Charlestown will be looking to shut down. And the rest of his team-mates will also bring the experience of actually winning this competition in 2010, but were relegated to intermediate in Tyrone and have found themselves back in the intermediate grade. Charlestown are more used to senior competition having claimed the intermediate title at their first time of asking following their shock relegation in 2011. Sunday offers Charlestown a chance to make it into an All Ireland final for the first time, having come close in 2002 when they lost out in the senior last four to Nemo Rangers, while Fr Rock’s will be looking to make it back to the middle grades showpiece for the second time in three years. 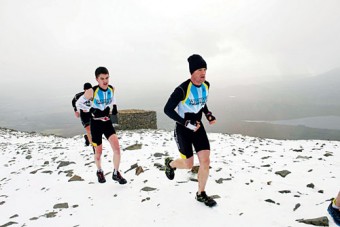 This weekend will be a big weekend of action for both Charlestown and Ballaghaderreen. The near neighbours have been focusing their attention on provincial honours since winning the Mayo intermediate and senior championships respectively.

Ballagh in with a good shout of dethroning champions

I missed the semi-finals of this year’s senior championship so I am basing my judgment on information I got from friends, many of whom are far more expert than I. The consensus is that Ballaghaderreen have a fantastic chance of dethroning the county champions. I assume that judgement is based on the semi-final in which Ballintubber looked very ordinary in their lucky victory over Crossmolina.

When Colm McManamon took over Burrishoole three years ago, it looked to be a forgone conclusion that he would be able to guide a talented, hard working, side back into the senior ranks in the near future. But it has not worked out that way for the men from McGovern Park in Newport. For the third time in as many years, he has guided his side to the final of the intermediate championship, and left them only 60 minutes from achieving their goal. But on Sunday they could not have asked for a harder side to get through at this grade than those who they will be facing in the green corner.

RTÉ 2FM is calling on the various rock bands formed by Galway’s secondary school students to send in demos now for consideration for School of Rock 2009.

Near neighbours ready for final showdown 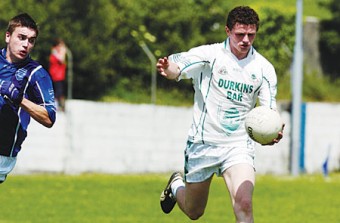 The time to make amends for disappointments in the past is fast approaching for both Charlestown and Ballaghaderreen. This year’s TF Royal Theatre senior football championship final pits the losing finalists from the 2006 and 2007 final together in Sunday’s showdown for the Moclair Cup. Ballaghaderreen booked their place in the final two last Sunday thanks to a 3-7 to 0-10 win over Crossmolina, the side who denied them twice at the death in the 2006 final (the game went to a replay). After shaking the Deel Rovers monkey off their back with thanks to a three-goal salvo at the three-quarter mark, they have their eyes set on another border side.