The manager is always an easy scapegoat 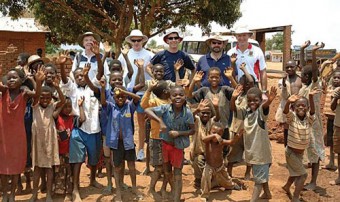 Justin McCarthy would have had a wry smile on his face last Sunday afternoon. As you all know he resigned from his post as the county team’s hurling manager a number of months ago after a “heave” from his own players. It had become apparent, in the wake of a heavy defeat to Clare in the Munster championship, that some of the players were unhappy with McCarthy. Much was made of Dan Shanahan storming off the field that day and refusing to shake Justin’s hand when substituted. As in that game big Dan was totally anonymous last Sunday, barely touching the ball, until he was rescued from the action or, should that be non-action! I wasn’t too enamoured with the Waterford players at the time as I felt it was another example of player power being exerted, something that has become quite common this year. Remember it was McCarthy who took Waterford to three Munster titles and also to the brink of All-Ireland glory. It wasn’t his fault the players choked when so near the finishing line. They had the perfect excuse last year. The system militated against them, they said, as they had played three consecutive Sundays in a row. The manager is always the easy scapegoat after failures and these players must have felt the need to apportion blame to someone. Justin is obviously a proud man. He walked before it got ugly and, other than issuing a brief statement at the time, he kept his powder dry. I am not sure if he went along to Croke Park last Sunday, but as the game unfolded he would have felt fully justified in having walked from the job when the players had the audacity to question his methods after seven relatively successful years in charge.