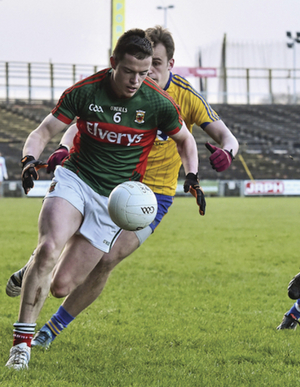 Mayo’s search for back-to-back wins in the Connacht u21 football championship for the first time since 2009 will stretch into 2016 at least after the exited the competition at the semi-final stage on Saturday evening. In a game that wasn’t ill tempered Roscommon referee Paddy Neilan dished out three black-cards and late red card to Mayo’s Patrick Durcan, as Galway deservedly claimed their spot in the final against Roscommon in a fortnights time.

Mayo booked their place in the semifinal of the Connacht u21 Football Championship on Wednesday night with an 11 point win over Leitrim in Castlebar.

Concentration costs Mayo at the death 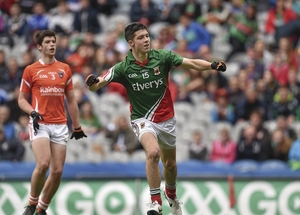 At the end of the day, it's just a warm-up competition and on the balance of play Roscommon deserved their win in this Hastings Cup semi-final. But Mayo will feel that this game slipped through their fingers right at the death and denied them a place in the final against Galway next weekend, in what would have been another useful competitive game before their Connacht Championship kicks into gear in mid-March.

Three from three for Heffernan’s u21s 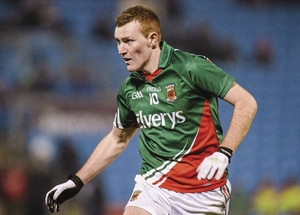 Niall Heffernan’s Mayo u21 side picked up their third win on the trot, with an industrious if not overly impressive display in James Stephens Park in Ballina on Saturday. Heffernan made five changes from the starting 15 that lined out the previous Saturday against Monaghan in the same venue. 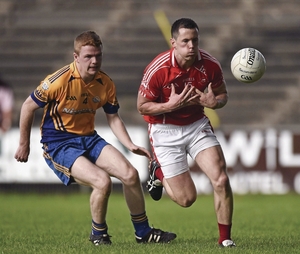 It was a hectic weekend of action in the Mayo GAA Senior Football Championship, with four quarter-finals and one relegation semi-final down for decision, along with a reply in the intermediate championship quarter-finals.

Champions tumble out over quarter-finals weekend

It was a weekend for surprises in Elverys MacHale Park in the Treanlaur Catering Senior Football Championship, with the defending champions Ballaghaderreen and the winners of the previous two titles Ballintubber both bowing out of championship at the quarter-final stage. The final of the last eight ties got off to a dramatic start, with most eyes during the warm up trying to see was Cillian O’Connor going to play any part in the game, then suddenly Knockmore’s Aiden Kilcoyne had to be stretchered off the field before a ball had even been kicked in anger. The All Ireland u21 winner, when running away from the team photograph did something to his knee in his run towards the warm up and had to be taken off the field on a stretcher, in some discomfort. It wasn’t the start that Nigel Reape would have been hoping for, but his charges, knuckled down without their marquee forward and tore into Peter Ford’s Ballintubber side. The main man in the clash was Declan Sweeney who rolled back the years with a performance for the ages in the full-forward position. He ran Cathal Hallinan ragged all day, and Hallinan didn’t have a particularly bad game and was the key difference between the sides. Knockmore were leading by 0-3 to 0-2 after ten minutes, when Ballintubber hit the first goal of the game to push themselves into the lead. Padraic O’Connor dropped the ball into the danger area and Knockmore goalkeeper Andrew Higgins didn’t cover himself in glory as the ball spilled loose and a combination of Alan Plunkett and Damien McGing combined to force the ball over the line from close range. But Knockmore weren’t going to bend the knee easily and 14 minutes later they pushed themselves back into a 0-8 to 1-3 lead thanks to points from Kieran Langan, Andrew Keane, Tom Clarke and a brace from Declan Sweeney. The north Mayo men tagged on two more points before the break through Kevin McLoughlin and they had the bit between their teeth at the turn around and headed for the dressing room leading 0-10 to 1-3. Diarmuid O’Connor opened the scoring in the second half with a fine point a minute in, but two minutes later the definitive moment of the game arrived when Knockmore bagged their only goal of the contest. Shane McHale who put in a top-class shift in around the middle third hit an effort for a point that came back off the post and Darren McHale was the quickest to react to the rebound a drove the ball high to the roof of Brendan Walsh’s net to put Reape’s side into a six point lead. But Ballintubber were not throwing in the towel just yet and they reeled off four points without reply in the next ten minutes to close the gap to just two points. Padraic O’Connor kicked three frees and Jason Gibbons added the other from distance. The game looked to be ebbing back towards the west Mayo men, but this was going to be Knockmore’s day and two pointed frees from Kieran Langan sandwiched other efforts from Stephen Sweeney and Kevin McLoughlin stretched their lead out to six points with ten minutes to go. Ballintubber went looking for goals at the end and they couldn’t dig themselves out of this one and Knockmore toughed it out at the end to win by 1-15 to 1-10.

A 21-year-old NUIG student, who hopes to join the army, was before Ballina District Court this week for being intoxicated in a public place.