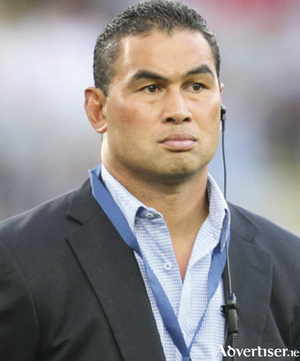 Connacht Rugby head coach, Pat Lam, is the special guest at a discussion evening in Oranmore which will explore ways in which positive mindset and motivation can be fostered. Lam’s vast experience of motivating players to achieve their optimum, as well as supporting people to deal with life’s knocks and self-doubts, is guaranteed to captivate the audience.

Bid for a bargain at Clarinbridge monster auction

For those who fancy playing golf at Dromoland Castle with Clare Hurling Manager Davy FitzGerald, the Clarinbridge GAA Club has holding a Monster Auction on Sunday (December 1) at 1pm in The Parish Hall, Clarinbridge.

Clarinbridge GAA club is holding a monster auction and sale of work to raise much needed funds for the general running of the club.

•Clarinbridge GAA Club is one of four shortlisted for Ireland’s Best Club Down Under, sponsored by Etihad Airways. The other three clubs are Cork’s Bishopstown, Glynn Barntown of Wexford, and Kilmacud Crokes. Clarenbridge, which was founded in 1889, has enjoyed many successes on the field, winning its first county intermediate title in 1983. In 2001 it won its first county senior title by overcoming the then reigning All Ireland champions Athenry, and in 2010 it won its second county senior title, going on to win the 2011 All Ireland Hurling Club title for the first time. Etihad will fly the first team from the winning club to Australia, where it will train with GAA legend Nicky English ahead of the challenge game of a lifetime. 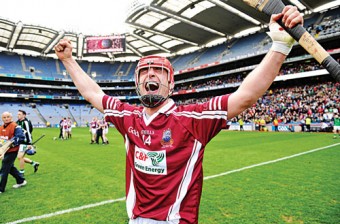 •The first annual general meeting of the Galway Hurling Supporters Club will be held next Thursday (February 25) at the Lough Rea Hotel, Loughrea, Co Galway at 8pm. The club, which was set up last year, already boasts more than 600 members, and chairman Eamon Bradshaw is hoping this will increase to more than 2,000 this year. Bradshaw is calling on everyone interested in hurling to attend the AGM where officers will outline its activities during 2009, financial support for the Galway hurling reams, members aspirations for 2010, planned events during 2010, and benefits for members. The club has its own website, www.ghsc.ie, which has attracted hits from all over the world.