Throughout the years Galway United have suffered at Oriel Park, but Galway United will head for the County Louth town tomorrow night intent on avoiding another defeat.

Though the League of Ireland season is only a matter of weeks old, Terryland Park will provide an ideal backdrop for tomorrow’s crucial encounter between Galway United and Shamrock Rovers. 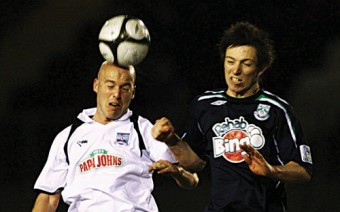 Galway United have encountered plenty of bother at the Showgrounds, and Saturday's contest against Sligo Rovers promises to be particularly revealing.

Only seven league games remain for Galway United, ensuring significance is attached to each and every one as the search for survival enters a critical phase.

As a year filled with dramatic twists and turns enters its final chapter Galway United’s need for a Terryland Park win is inestimable.

As Galway United’s steady improvement continues, a Saturday evening of high consequence awaits at the Showgrounds.