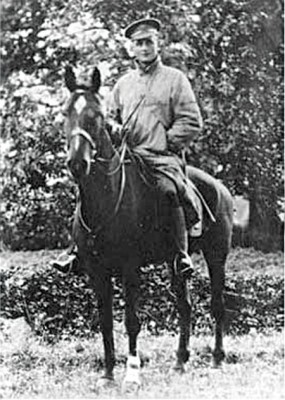 Following a tennis party at the home of Mr J C Bagot JP, of Ballyturn House, near Gort, on May 15 1921, the IRA scored a devastating blow against the British forces. The local District Inspector, Captain Cecil Blake, his lady companion Eliza Williams; two officers, Capt Cornwallis and Lieutenant McCreery were shot dead in an ambush as they drove away from the house. The IRA party, probably as many as ten men, had taken up position in the gate lodge, and in the surrounding bushes. One gate was closed. The car had to stop to open it. At that moment the IRA opened fire. There was one survivor, Margaret Gregory, the widowed daughter-in-law of Lady Gregory. 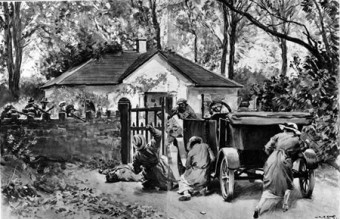 he car pulled up as one side of the gate had been closed by us for that purpose. A man left the car to open the gate. I didn’t know him. When he got to the gate he got the order “hands up” from Ryan and myself. Instead of complying he dodged for cover out of our sight. We concentrated fire on the car, doing our best to save the women in it. The men in the lodge killed the man who came to open the gate. Blake and the other man in the car were killed and one of the two women. Brigadier Stanford (IRA) was on one knee. A bullet hit the stock of his gun, grazed the inside of his leg above the knee and lodged in the heel of his boot. It must have been from the .32 Colt automatic fired by the man who tried to open the gate. I heard afterwards that this man was Captain Cornwallis and that the other man killed was Lieutenant McReary.