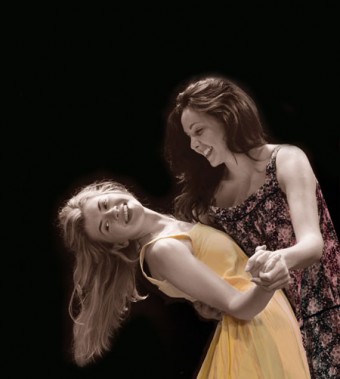 Edna O’Brien’s classic coming-of-age novel The Country Girls is on its way to the Town Hall in a critically acclaimed staging by Waterford’s Red Kettle Theatre Company. 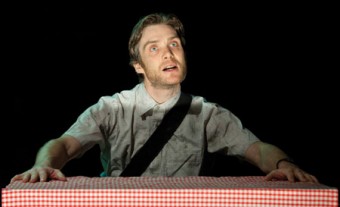 AND SO another year winds down and, over a seasonal mince pie and mulled wine, we can reflect on the past 12 months of Galway play-going.

An Evening with Mike Absalom at the Ballina Arts Centre

On Thursday, October 6, Ballina Arts Centre will present: An Evening with Mike Absalom. The Swinford-based painter, poet, raconteur, multi-instrumentalist, multi-linguist, potter, printmaker, songwriter – the list goes on – has done it all. Forty-odd years ago, he performed at the Royal Albert Hall. Monty Python’s Flying Circus hired him to distract a studio audience during scene changes. This brought songwriting success and the Old Grey Whistle Test and endless tours. And then he flew away and like a bee in a flower garden touched down in so many honeyed spots that there is no space here to list them. From Tierra del Fuego to the Yukon, from Iran to Paraguay and even for the World Harp Congress he sang and wrote and told stories and played his harp or his guitar. Now he’s coming to tell them here at home.

Abbey Theatre brings ‘B for Baby’ to Roscommon Arts Centre

The Abbey Theatre, Ireland’s national theatre, is delighted to announce the nationwide tour of Carmel Winters’ much applauded production of B for Baby from August to November of this year. Directed by Mikel Murfi, the first stage of the B for Baby tour started on Thursday August 4 in the Tampere Theatre Festival in Finland. From there the tour returned to Ireland to begin the nationwide run, covering the length and breadth of Ireland, taking in 14 venues in total. These include theatres in Meath, Laois, Louth, Kerry, Antrim, Donegal, Sligo, Waterford, Carlow, Wicklow, Longford, Cork, Galway, Dublin and of course, Roscommon with a performance at Roscommon Arts Centre on Friday September 30 and Saturday October 1 at 8pm.

Bening, Boosh, and Gazza’s tears - a feast of films at the Galway Film Fleadh 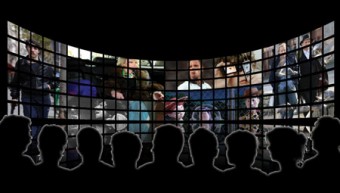 EIGHT WORLD premieres, 53 Irish premieres, 100 feature films and documentaries, and 115 short films will be screened at the 22nd Galway Film Fleadh which takes place from Tuesday July 6 to Sunday 11.