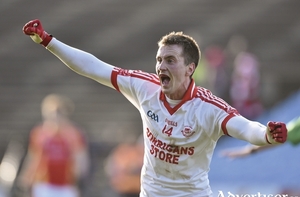 Ballintubber turn over 13 man Breaffy, while Mitchels come undone in the south 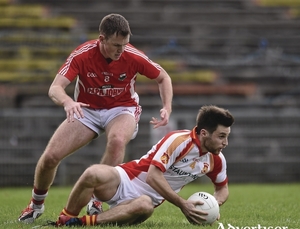 Ballintubber opened up their account in the Breaffy House Senior Football League with a nine point win over Breaffy in a West Mayo derby on Saturday evening. The senior county champions were short a number of their key men going into the game with Cillian O’Connor, Alan Dillon and Jason Gibbons all ruled out of the match due to injury. The hosts had a strong side out for this league opener but with 12 minutes gone on the clock, Breaffy had been reduced to 13 player after both Seamus and Aidan O’Shea were both shown straight red cards by referee Kevin Connelly who was left no choice in the matter by either player.

Mayo pick off students to get year up and running 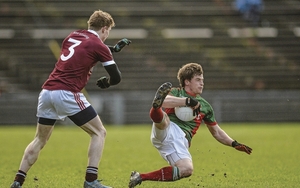 Pat Holmes and Noel Connelly got their senior management tenure off to a winning start in Elverys MacHale Park on Sunday. The fare on show wasn't anything that will be remembered for long, but it got a few miles in the legs of a a couple of new and some returning faces in green and red.

Mitchels lay down a marker in round two

The second round of games in the Treanlaur Catering Mayo Senior Football Championship saw plenty of action and excitement over the last two days. The defending champions, Castlebar Mitchels laid down another marker of their intentions to retain their title with a top drawer display against the former star attractions of the competition Crossmolina Deel Rovers in MacHale Park on Sunday afternoon in group one. The county town men rand out 2-22 to 1-5 winners showing little hospitality for their guests on the field. Mitchels hit an impressive 1-11 in each half of the game and went in leading 1-11 to 0-1 at the break as their powered through the Crossmolina defence at will. The Mitchels were superior in every area of the field with their inter-changeable attack and midfield players running riot against a weakened Deel Rovers side.

Mayo crash out to Roscommon in u21 championship

On Sunday three Mayo schools will go into battle to compete for a chance to bring the Aonghus Murphy Cup back to their domicile in a couple of weeks. Last year’s defending champions St Coleman’s, Claremorris, the side they defeated in the final last year St Gerald’s, Castlebar, and this year’s surprise league champions St Muredach’s, Ballina, are in all the final four of the competition. And who is the other side joining them there? While tradition would plump for the great Connacht football nursery St Jarlath’s, Tuam, who have picked up 12 Hogan Cups over their decorated history, double that of any other side in history, you would be wrong. This year has seen a changing of the guard, however temporarily, with Summerhill College, Sligo, making up the quartet.

Mayo minors must be at the top of their game

Quite often the best game on All-Ireland final Sunday is the minor contest rather than the senior joust.

Mayo minors aim to collect first All Ireland since 1985

Often the best game on All-Ireland final Sunday is the minor contest, rather than the senior joust. Last year was no exception and Mayo and Tyrone played out a real thriller in Croke Park that had to go to a replay before Tyrone just about collected the silverware.

Often the best game on All-Ireland final Sunday is the minor contest, rather than the senior joust.