SELKIRK, IN the eastern Scottish lowlands is a place with rich associations to Scottish history and culture. William Wallace, Sir Walter Scott, and James Hogg, all having connections to the town. 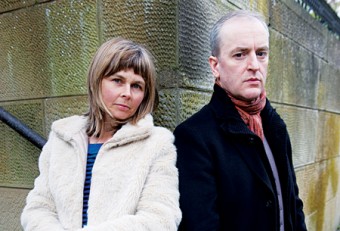 WHAT IS it about Scotland and indie music? This is the nation which has given the genre many of its defining bands - Belle and Sebastian, Teenage Fanclub, Camera Obscura, and of course The Vaselines.

The Scots are coming

SCOTLAND HAS been producing some of the greatest and most influential indie/alternative bands there has ever been. 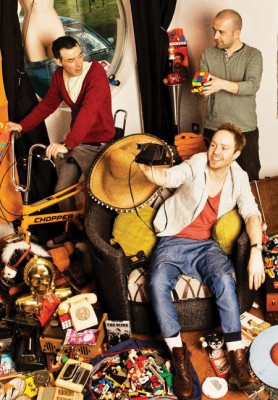 Dublin pop songwriter Ivan St John, formerly Pinky, has been quietly plying his trade over the last number of years. Despite performing shows and touring with artists of the ilk of Camera Obscura, Richard Swift, Of Montreal, Rodriguez, Bowerbirds, and The Walkmen, he has avoided screechy hyperbole, choosing instead to get on with the work at hand. No scenester ligging, no grandiose claims to next big thing titles. Ivan St John has simply been playing and writing and recording and playing and writing and recording. Having grown up in St Patrick’s Cathedral Choir, Ivan has been cocooned in music since he was eight, inspired by the juxtaposition of listening to Paul Simon and Queen on the way to school and then singing Allegri’s Miserere in the evening. Fast forward 12 years and Ivan St John prepares to release his debut LP, Up To Snuff.

Lloyd Cole’s passion for golf, music, and being amusing

LLOYD COLE first came to attention in the 1980s with his band The Commotions, with whom he enjoyed hit singles like ‘Brand New Friend’, ‘Lost Weekend’, and ‘Are You Ready To Be Heartbroken?’. In the 1990s he disbanded the group and embarked on a successful solo career in America.