He may be rank alongside James Buchanan and Herbert Hoover as the worst ever president of the United States; his country has the highest levels of Covid-19 cases (+6 million) and deaths (+183,000 - higher than the number of US soldiers killed in Vietnam), which has led to a severe spike in unemployment levels.

Well, we are where we were last week, with regard to the spread of coronavirus in Ireland. We now await with bated breath each evening to get the figures, and the clear realisation has dawned that we are full-on in the middle of the second wave of the coronavirus pandemic.

Tentative shoots of optimism dot the hospitality environment as local establishments reopened to the public in recent times.

The power merchants who ruled Galway

Under Norman rule Galway rapidly developed from an obscure village into an important seaport with trade contacts all over Europe. This transformation was entirely due to the merchant community who made themselves into an oligarchy who not only owned and directed the town’s trade, but completely controlled the municipal government, the election of mayors, and, uniquely, the appointment of priests and wardens to St Nicholas’ Collegiate church. They enjoyed total power. They lived in opulent houses, many of which had elaborately carved doorways, secure within the walls of the town, indifferent to the Gaelic natives who were kept firmly outside the gates.* 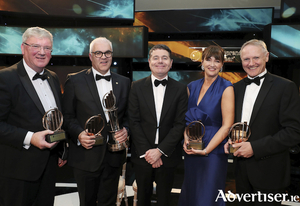 Pat McDonagh of Supermac’s has been named the EY Industry Entrepreneur Of The Year for 2019. The gala awards last weekend was attended by more than 1,500 people including the island of Ireland’s most prominent business leaders and the Minister of Finance, Public Expenditure and Reform, Paschal Donohoe TD, who gathered to celebrate the achievements of the 24 finalists. Collectively the finalists employ more than 13,000 people and have revenues of €1.2bn. 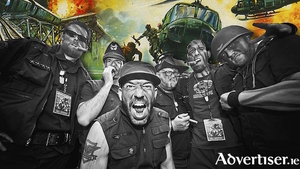 WHEN ARNOCORPS finished their ferociously entertaining show - their concerts are so much more than a gig... - singer/front-man Graf Holzfeuer bellowed out in true Schwarzenegger fashion: "We'll be baaaack!"

I’m going to begin this column with the great news about Katie Taylor. As we all know by now, on Saturday night she defeated Belgian woman, Delfine Persoon, in Madison Square Garden in New York. I didn’t see the fight because it was at 1.30 in the morning, but I saw bits of it on the news, and it appears that she won it fair and square. But already the grumblings are beginning and Delfine Persoon has challenged her to a re-match as soon as possible. If I was Katie Taylor, I would not agree to a re-match. Katie won it, and she is now the undisputed lightweight champion of the world. Why should she casually decide on a re-match, just because the loser wants to engage with her immediately? So leave her alone; you are now, Katie, the world champion, so rest on your laurels. Despite that fact, she is always regarded, both when written about and in interviews, as a modest, unassuming young woman, and she appears to be that in every sense of the word. Well done Katie, and I hope you enjoy the sense of accomplishment.

Get the impression with Al Foran 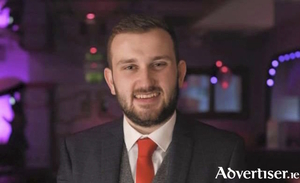 DONALD TRUMP, Roy Keane, Jose Mourinho, Eamon Dunphy, Conor McGregor. Imagine being in the same room as those five. Would you survive it? If you are in the company of Al Foran that will be no problem. 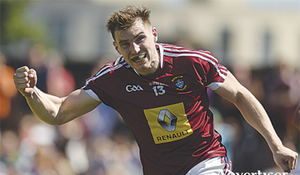