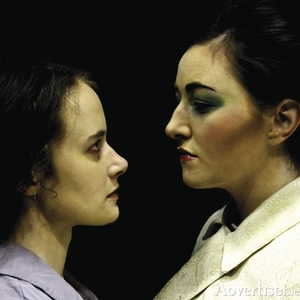 FOR THE first time in a quarter of a century, Bertolt Brecht's The Caucasian Chalk Circle, about a servant girl impregnated by a royal, receives a full production in Galway. 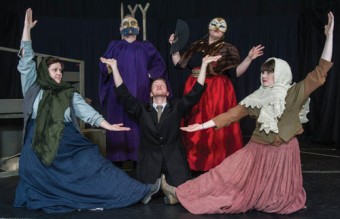 “My duty as judge is to choose a mother for the child. We will have a test. Place the child in the circle...”

Bruiser is coming back to Castlebar

The brilliant Bruiser Theatre Company is back at the Linenhall Arts Centre in Castlebar with a highly anticipated new version of Bertolt Brecht’s The Caucasian Chalk Circle on Monday November 25 at 8pm.

A WORKSHOP exploring the Chekhov and Lecoq techniques for actors, directors, and teachers, takes place from March 25 to 29.

THE CAUCASIAN Chalk Circle, Bertolt Brecht’s play about a peasant girl who steals a baby but becomes a better mother than its natural parents, is to be read in Kelly’s.

Crimlin community arts night out at the Linenhall

The Crimlin Community Arts Music Collective presents From the Ocean to the Fringe at the Linenhall Arts Centre in Castlebar on Saturday February 27 at 8pm. Crimlin Community Arts is a community music collective of over nine bands including Batafada, Bata Óg, Rockafada, Na Ciotógaí, The Banned Joe Band and Píba Ríba. They cater for local musicians of all tastes and ages. Genres include samba, rock, folk, traditional and pipe band music as well as a fusion of all of these and more. Since forming in 2006, they have performed locally and at international festivals in Spain, Denmark, Italy, Switzerland and more recently at the Edinburgh International Fringe Festival in Scotland. The Volvo Ocean Race Festival and the Mary from Dungloe International Festival were also major performances for the collective in 2009.

THE THEATRE director, playwright, and teacher Max Hafler will give two intensive actors’ masterclasses and workshops in Galway Arts Centre in February and March.

Other Voices present triple bill of one-acts at Town Hall 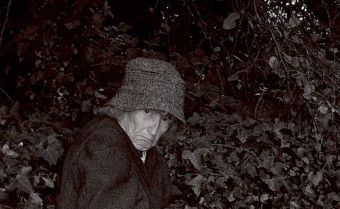 MAYO BASED Other Voices Theatre Company comes to the Town Hall Theatre next week with a triple- bill of one acts it is presenting under the title of We Are For The Dark.