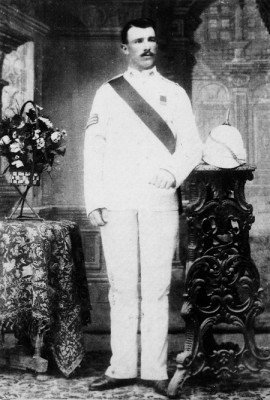 Bernard Phillips, who was born c1835, was a widower who worked with Thomas McDonogh and Co in Merchants Road. He had been married to Mary Bowen from Galway, and they had five children. She unfortunately died, and some time afterwards Bernard was loaned by McDonogh’s to Craig and Gardiner, 41 Dame Street, Dublin, where he worked as a mercantile clerk. While he was there he met and married Teresa Hayes from Dublin. They came back to Galway and Bernard continued working for McDonogh’s.