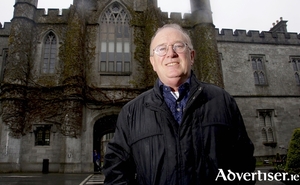 Has the planet declared war on humanity over the last year? It certainly seems so as we witness one destructive storm after another in Ireland, heatwaves across Europe and southern Africa, hurricanes leaving trails of destruction from the Bahamas to Mexico, wildfires from Greenland and Siberia to Australia, melting ice from Antarctica to the Arctic, droughts in India, locust swarms in east Africa, increasing acidification of the oceans leading to the loss of a third of the largest structure on earth (Great Barrier Reef), city dwellers dying from poisonous air, flooding at crisis levels on every continent, soils becoming less fertile, and birds disappearing from the skies, insects from the fields and fish from the oceans.

Buy one cruise fare, get one for sixty per cent off with Royal Caribbean and Cruise Worldwide

Royal Caribbean has launched its new 2020/21 brochure featuring countless amazing ideas to inspire your next adventure. For a limited time only, the company is offering buy one cruise fare, get one 60 per cent off, on selected sailings worldwide. Cruises must be booked by December 16 to avail of this offer. 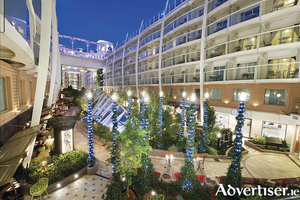 Do you dream of crystal clear waters, palm trees swaying in the light sea breeze, powder white sand between your toes, and tropical sunshine warming your face? This does not have to be a dream — Caribbean cruises have never been more affordable. Royal Caribbean has some of the best ships in the Caribbean and is offering amazing value for later on this year.

There has never been a better time to visit the United States, with more airline carriers than ever before servicing the US. Aer Lingus announced new routes last year to Miami and Philadelphia, and to Seattle this year commencing in May. Whether you are looking for a city break, an escorted journey across America, a family holiday to Orlando, or a special honeymoon, Fahy Travel has something for everyone. Why not add on a cruise to your holiday from Miami or Orlando to the Caribbean, sail from New York to the Bahamas or Canada/New England, or take a cruise to Alaska from Seattle, the options are endless.

Cruise & Stay holidays merge everything that is amazing about a cruise with a fun-filled stay in an extraordinary place. Whether you want a blissful beach break or to explore a city, you can easily pair it with a cruise experience to keep your journey constantly fresh and vibrant. Party, relax, and treat yourself on board before getting up close and personal with a fantastic destination, all in one holiday.

The poet who went mad on Inishboffin

In 1959 the poet Richard Murphy renovated the black-sailed Ave Maria, a traditional Galway hooker, which he used to ferry visitors to Inishboffin, and for a day’s fishing. Over the years the poet, the boat and the magnificent landscape attracted a flotsam and jetsam of humanity, many of a literary kind. 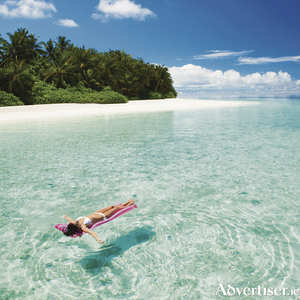 If you are looking to escape to the sun later this year, Fahy Travel and Royal Caribbean have some amazing value offers still to be had. 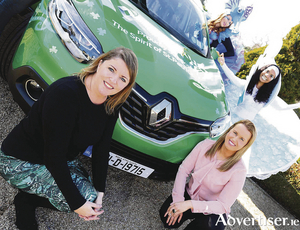