The cream rises to the top

Mayo left Croke Park on Sunday evening with far more questions than answers, as a 14 man Derry team ran at them and right through them, into the National Football League final in a fortnight's time. For the second time in the space of a few weeks, Mayo had a man advantage and a decent lead, but they were unable to see the game out and came up short in Croke Park. When Fergal Doherty was shown a second yellow card and ordered off the field for a late challenge on Aidan O'Shea in the build up to Mayo's goal 24 minutes in, it should have been the staging post for Mayo's march to victory. But, they never got moving as freely as expected and Derry ran out deserving winners.

And then there were eight. Watching the qualifier between Tyrone and Meath and Ger Canning announcing that Donegal seem to be into the quarter final after a struggle against Laois, I promptly let my Donegal wife Rita know that Mayo could now get drawn against Donegal. I knew it would happen, it was written in the stars, a chance for this Mayo team to right what went wrong in last year’s All-Ireland final. They could have got an easier draw in the likes of Cavan but getting pitted against Donegal - the All-Ireland champions, the team that made us sick to the pit of our stomachs last September means there is little needed in the line of motivation and complacency is gone out the window. It also means not much chat in the Casey house this week. I hope and expect to have bragging rights at 5.30pm next Sunday. 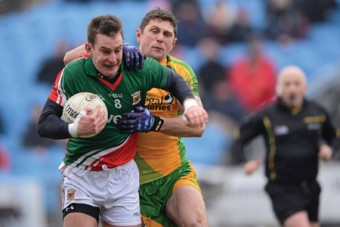 Not too long after the final whistle on Sunday evening, Mayo will be heading in one of three different directions. Leap-frogging Cork into the semi-final round of the league, retaining their division one status and their league season coming to an end on Sunday, or falling through the trap door and into division two of the league for the first time since the mid-nineties (the early part of the 2000s saw division one divided into two different sections).

Defeat is painful to take, but be proud of the performance 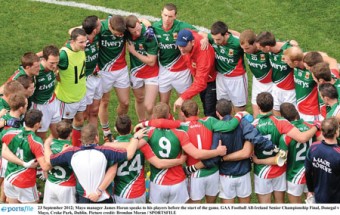 Belief is everything in sport and long before the GAA was heavily populated with sports psychologists, this current Donegal side always looked like their name was on the trophy irrespective of who they were playing in the All-Ireland final last Sunday. I do not think the intervention of any amount of psychology would have stopped them winning their second All- Ireland. For a combination of reasons they had acquired a belief that they would win this year’s title, unless maybe an exceptional team stood in their way. Mayo are a very good team but, unfortunately, just did not have a sufficient number of big powerful men in key positions throughout the field to deny this Donegal side. One line in particular could have done with a big strong ball winner. If we had a Michael Murphy at 14, then I believe Mayo would have walked the steps on Sunday evening as champions. That is how close it was. But we do not appear to have that extra jewel at the moment. The fact that the aforementioned Michael Murphy is half a Mayo man does not make it any easier to accept!

McGuinness deserved to be credited for turning Donegal’s fortunes

There’s something heart warming about Donegal. Their team ethic is not based on fancy individuality that can so often lead to failure, but on the values of hard, honest toil and a simple, effective game plan. They have a manager who doesn’t care in the slightest what the football fraternity think of him or his team. He has set out his stall and is sticking by it. The whole world was down on top of them last year, (myself included) because of their ultra defensive dour style of play. Jim McGuinness was vilified for tarnishing our ‘beautiful game’ with such an ugly conservative style of defensive system that saw supporters, including many from his own county, walk out in disgust from Croke Park, when Donegal missed a glorious opportunity to defeat a Dublin side that were there for the taking. In fact, I spent most of last summer hoping they would be beaten as I genuinely hated their style of play. The reality is, they have some fantastic forwards, last year, inexplicably, they utilised them so far from goal that they rarely got an opportunity to do serious damage to any opposition. Six points against Dublin in last year’s All-Ireland semi-final is a case in point. This year they are unquestionably easier on the eye and appear to have realised that they have the ability to be serious contenders for an All-Ireland title if they are prepared to play a more attacking expansive brand of football. I admire them for that and for the fact that they have refined their system which now has seen them score an average of 18 points per game in the five games they have played in this year’s championship. They have also retained their air tight defensive system, only conceding a single goal from open play. And to be fair Jim McGuinness deserves great credit for turning the fortunes of a county whose team, up to last year, were the party, fun loving boys of the inter-county scene. 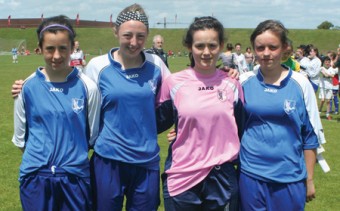 Connacht ladies have been crowned the u-18 Gaynor Cup 2011 champions. 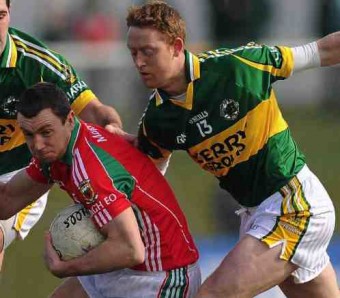 In Kerry last weekend, a wise man said that it only matters what happens on the third Sunday in September and seeing that his county has more All Ireland titles than most could dream of, it’s very sage advice. Mayo had just picked up their fourth win in this year’s national football league which left them top of the pile with two rounds of the competition to go, but in the grand scheme of things what does making it to the latter stages of the competition really effect in the long run? In 2007, Mayo reached the final against Donegal only to bow out of the Connacht championship a month later in the preliminary round to Galway. The last time that Mayo won the national league back in 2001 under Pat Holmes they bowed out of the Connacht championship to Roscommon in a nail biting encounter. Mayo have been one of the best league sides over the past decade or so reaching semi finals in 2002, 2005, and 2006 along with the finals in 2001 and 2007, but it has failed to see them push on to the biggest prize. Only in 2006 did they go on reach the All Ireland final where Kerry ended the dream once again.

This year’s crop from the Orchard 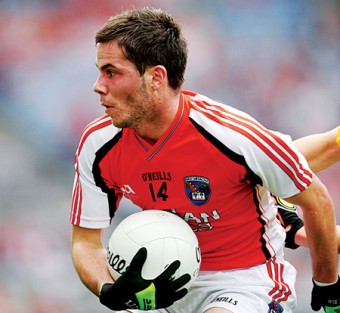 The thing about the minor grade is that it’s over for the players at this level nearly as soon as it starts, most players get one year at this level, the lucky ones get two. It doesn’t really allow for rivalries to build up over the years outside the natural provincial domain so going into Sunday’s All Ireland final the only rivalry to be sorted out on the field will be who want’s it more.