Another room added to the House of Pain 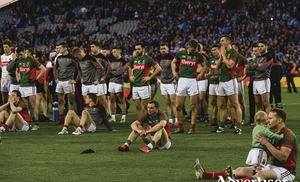 It was that all too familiar feeling in Croke Park last Sunday, when Maurice Deegan blew the full time whistle. While 'The Auld Triangle' drowned out the celebrations from the Hill and Dublin supporters around the ground, for us Mayo folk, we sat back and took stock of what had happened, just like we did in 89, 96, 97, 04, 06, 12, 13, and now once more in 2016. If you have not heard the last lamenting few minutes of Mid West Radio's commentary from Mike Finnerty and John Casey, it captures the feeling we all felt as well as anything could. "It's just not meant to be, it's just not meant to be for Mayo," was how Mike called it, before a few seconds of silence came from their microphones before he was able to try to put some sense on what happened. While when he could finally get some words in Casey emotionally adds "is there ever a God going to smile on us," and, "Ah give give us a break, give us a break for God's sake, that team deserve something."

A recent online treatment programme, set up by expert psychologists and physiotherapists, aims to help those who suffer from chronic pain. Recruitment has been extended until Friday, 29 April due to the number of inquiries received in recent weeks.

A new online treatment programme, set up by expert psychologists and physiotherapists, aims to help those who suffer from chronic pain.

Acupuncture can address neck and back problems

Chronic pain in the muscles and joints can make life miserable. Standard anti-inflammatory treatments, physical therapy and medications can sometimes mask neck and back pain but, if you want to get to the root cause so it does not come back again, acupuncture combined with Chinese massage could be a good option.

Chronic pain in the muscles and joints can make life miserable. Standard anti-inflammatory treatments, physical therapy, and medications, can sometimes mask neck and back pain but when it comes back, acupuncture combined with Chinese massage is an option that gets to the root cause of your problem. 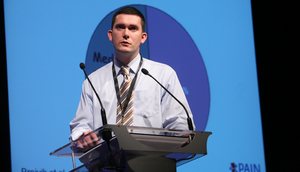 Research carried out at NUI Galway may advance the quest for new therapeutic approaches to the treatment of pain.

Dr David Finn of NUI Galway has been awarded the Royal Academy of Medicine in Ireland’s Doctor Award for best paper published in an indexed journal in 2012 in the Pain/Anaesthesia category.

Gift somebody a pain-free Christmas

Nobody wants to be in pain for Christmas, especially while others are busy celebrating the season. So why not demonstrate goodwill by giving a Care Cure acupuncture and Chinese medicine gift voucher?

Normally, once you have been diagnosed with rheumatic disorders such as different arthritises, neck/back pains from disc problems, or fibromyalgia, you will be told to ‘live with’ these diseases, take drugs that may risk some unexpected, even dangerous, side effects, change your lifestyle, and even accept loss of mobility. In addition, the long-term pain may also cause related psychiatric symptoms including anxiety and depression, which are recognised as chronic pain syndrome.

Is your job giving you a pain in the neck?

Solace Acupuncture Clinic treats many patients with chronic pain in the neck, shoulder, and upper back area. This pain is often due to working long hours on computers.