A crowded and tragic weekend

Last Saturday, I was in Mayo for the morning to attend and speak at a giant coffee morning that Lisa Chambers was having to further her campaign for the next General Election. 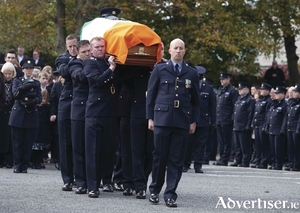 The late Garda Tony Golden, who was killed in the line of duty last Sunday, was laid to rest yesterday in St Paul's Cemetery, Heynestown, County Louth, following his funeral Mass which took place in St Oliver Plunkett's Church in Blackrock. Garda Golden, who was a native of Ballina, was given a State funeral which was attended by thousands of mourners including President Michael D Higgins and An Taoiseach Enda Kenny. Other dignitaries who attended his funeral included Garda Commissioner Nóirín O'Sullivan, political representatives from all parties, the chaplains to the Garda and the Defence Forces, Bishop of Killala John Fleming, and Father Gerard O'Hora, Parish Priest of Ballina.

The announcement of 600 new gardaí in Budget 2016 symbolises the Government’s commitment to increasing resources for an An Garda Síochána, according to Fine Gael TD for Longford-Westmeath Gabrielle McFadden.

A crowded and tragic weekend

Last Saturday, I was in Mayo for the morning to attend and speak at a giant coffee morning that Lisa Chambers was having to further her campaign for the next General Election.

Paul Murphy to speak in Galway next week 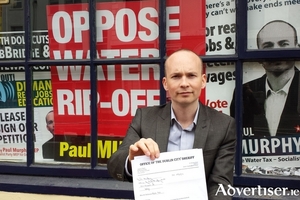 TD Paul Murphy will be in Galway next week to address a public meeting on the issues of housing, water charges, political policing, and the “need for a political revolution” in the upcoming General Election.

The Road Safety Authority (RSA) and An Garda Síochána have published a provisional review of road fatalities for the first seven months of 2015. The review shows that, from January to July of this year, 92 people died on our roads in 87 collisions, 21 fewer deaths and 17 fewer collisions than the same period last year.

Teenager who died in cash named 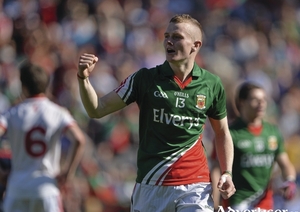 The 19-year-old who was killed in a single vehicle traffic collision last night at Carromore, near Ballinrobe has been named as Darragh Doherty from Ballyhenry, Kilmaine. Darragh who was a talented footballer was a member of Kilmaine GAA Club and was member of the 2013 Mayo minor team who claimed the All Ireland title. Darragh scored 1-2 in that win over Tyrone.