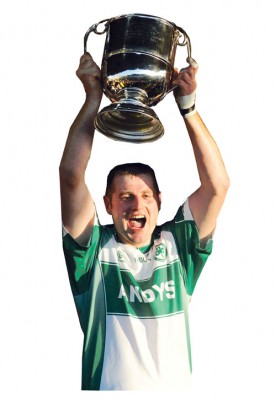 Thousands of supporters flocked to Nowlan Park on Sunday last to witness the end of the senior club hurling and the battle of the greats. Ballyhale were seeking their 3-in-a-row and James Stephens were hoping to prevent them reaching it. Earlier predictions saw a Ballyhale landslide victory. However, the men from the Village fought to the bitter end. They refused to hang their heads and were worthy opponents. Ballyhale’s Trojan defence can be credited with their victory, they didn’t give an inch with six of the Village scores coming from frees with the other points from David McCormack, Philly Larkin and Mathew Ruth. James Stephens’s Achilles heal was their attack which at times lacked power and speed, whenever the ball was sent their way, it nearly always landed in Padraig Holden’s grasp- who cleaned up for Ballyhale. Philly Larkin, Mathew Ruth, an injured Eoin Larkin and Peter Barry tried their best up front for the Village. While captain Jackie Tyrrell ran the length and breadth of the ground. Ballyhale were led to victory courtesy of the Reid brothers. TJ, Eoin and Patrick put in super displays and their ability to score in difficult situations proved decisive. Eoin and Paddy’s goals put Ballyhale in the driving seat. Henry had a relatively quiet game, he was held firmly by the strength of Jackie Tyrrell who never allowed Shefflin to shine as he only scored one point from play and at times showed his frustration. However the day belonged to the men from Ballyhale, and while at times the score could have gone either way, their skill and strength won out resulting in a five point lead. The Kilkenny senior team wil, for another year, be led by a Ballyhale man.

The Tom Walsh Cup made the familiar journey back to Ballyhale on Sunday evening after the Shamrocks had withstood a massive second half effort from James Stephens to land their third successive Kilkenny county title. The club may only have been formed in 1972 but Sunday’s victory lifts them to joint second with Bennettsbridge and Mooncoin in the roll of honours list. They will have to add eight more to catch up on the mighty Tullaroan club, mind you, they have had a head start on the Shamrocks’ club considering that they won their first title back in 1887. 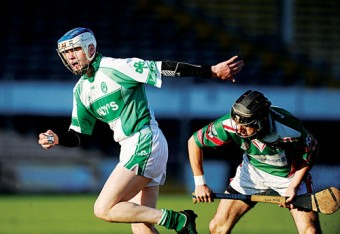 Fined for being abusive to queue-jumper

A Mullingar man who was abusive at a taxi rank has been fined €800 and warned that if he appears before the court again, he faces jail.