It was announced earlier this year that, for the first time in twenty-four years, Intersport Elvery's would share their position on the Mayo GAA jersey with a second sponsor. This sponsor was later revealed to be Portwest, the Westport workwear company that has made its mark as the fastest growing workwear company worldwide.

What started as a small local drapery back in 1904 has now grown into a global success story. Still owned by the three Hughes brothers, Cathal, Harry and Owen and headquartered in Westport, Portwest now employ over 5,000 people both here and internationally. So, it is particularly nice to see that they remain so committed to Westport and indeed, Mayo. Earlier this year, Portwest announced 40 new jobs which will be located in their Westport headquarters. 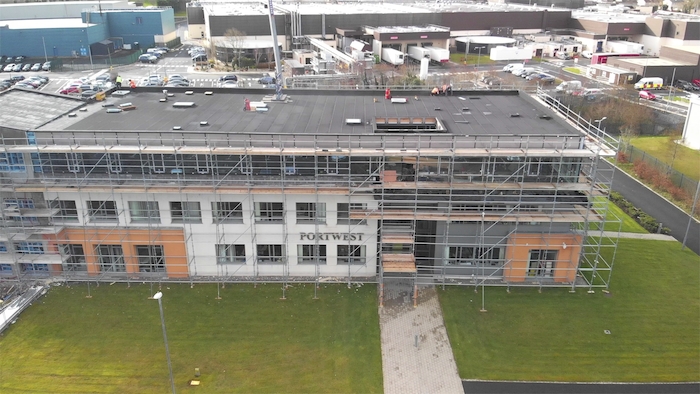 Portwest CEO, Harry Hughes says ‘As the past year has shown us, community is everything. Mayo GAA is an integral part of that, enriching the local community. We are delighted to be able to support an organisation that shares our values and look forward to being inspired by all that Mayo GAA has to offer over the coming years.’

To mark the beginning of the sponsorship, Portwest have launched their #BackingLocal campaign with a video to highlight the importance of community. The video features Young Player of the Year 2020 Oisín Mullin, who has recently joined the growing company in their Accounting Department.

‘It's great to see that Portwest are so committed to Mayo’, Oisin said. ‘Not only to the GAA but to providing employment so that people can stay in the West of Ireland and work in a global company without having to move away.’

Chairperson of Mayo GAA, Liam Moffatt says, ‘We are delighted to have Portwest on board as a commercial partner and we look forward to working with them in the years to come. It is great to see another local business getting behind Mayo GAA as we look forward to getting back to play over the coming weeks.’

The video marks the beginning of a five-year sponsorship deal with Mayo GAA. Portwest will appear on the back of the new men’s jersey and on the sleeve of the women’s jersey. The sponsorship extends to all GAA disciplines, including hurling and camóige as well as the men and women’s football teams.