For the ninth time in their history Knockmore were crowned as the high kings of Mayo football on Sunday afternoon in MacHale Park.

The north Mayo claimed their first title since 1997 with a performance backboned by a hard working defence and fluid attacking plan and an unbreakable will to get over the line in the final few minutes.

The game started brilliantly for Ray Dempsey’s men who found themselves 1-1 to 0-0 up inside the opening seven minutes - Keith Ruttledge fired over the first point of day breaking at pace after being played in behind the Breaffy defence.

Darren McHale who finished up with 1-4 to his name, palmed the ball to the back of the net on the seven minute mark. McHale was set up by Peter Naughton who beat his man for pace down the right flank before laying the ball across the face of goal for his number 11 to finish.

Breaffy got their first score of the day nine minutes in when Colm Flynn found himself a few feet of space to fire over the bar. Knockmore went straight down the field and tagged on their second point through a Naughton effort on ten minutes - which amazingly was their last score for the rest of the first half. 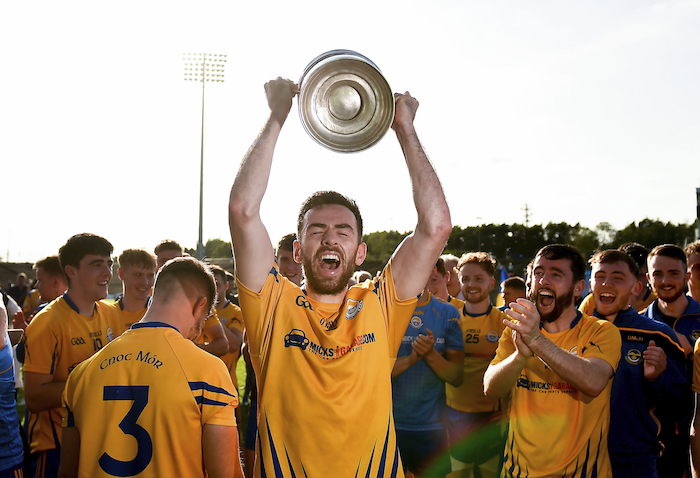 Matthew Ruane and Tommy O’Reilly pointed for Breaffy before the first water break of the day to leave two points between the sides after 16 minutes. The next quarter of the game was all Breaffy O’Reilly pointed a free, then Conor O’Shea, Ruane and an O’Reilly point from a free sent Peter Ford’s side in leading 0-7 to 1-2 at the break - but a string of wides in the closing stages came back to haunt them at the end.

Despite being a man down for the opening stages of the second half - it was Knockmore who took the game by the scruff of the neck in the third quarter.

Aidan O’Shea hit the first score of the half for Breaffy - but from then on it was all Knockmore. Darren McHale finished off a well worked move down the right flank, he followed that up with another point almost straight away after Knockmore turned over Breaffy’s from the kick-out.

Peter Naughton point from a mark on 37 minutes to level the game up at 1-5 to 0-8 with 37 minutes gone not the clock. A Tommy O’Reilly effort from close range edged Breaffy back in front - but the momentum of the game had gone in the north Mayo sides direction. 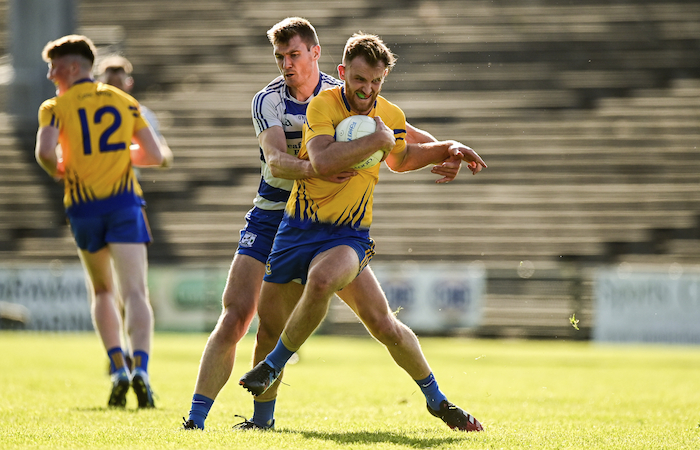 A brace of McHale points either side of a Naughton effort had their side leading 1-8 to 0-10 at the final water break with Breaffy’s score coming from a O’Reilly free.

Quick fire points from Aidan Orme and Kieran Langan in the 22nd minute - had Knockmore three clear and they could see the finish line.

Rob Hennelly cut the gap to two with a long rang free and then Breaffy had chance to cut the gap back to just a single point, but O’Reilly was off target with a free and you could sense Knockmore would hold on no matter what.

Orme and Naughton rounded off the scoring for Knockmore down the home straight - with Conor O’Shea kicking a late brace fro Breaffy to leave just two in it at the end - but it was Knockmore’s day in the sun for the first time since 1997 - for Breaffy having lost four finals since 2013 the wait for their first senior title goes on for another year.