Tooreen were looking to claim the TJ Tyrell Cup Cup for a fourth year in a row and went into the game as favourites, but it was there neighbours ability to use the conditions to their advantage better that saw Ballyhaunis claim their first title in four years.

It was a difficult evening for hurling and with fans locked out of the game a healthy number of supporters gathered outside the perimeter of the ground to try and get a look at the action unfolding on their field.

Tooreen played with the aid of the breeze in the first half - but weren’t able to make it count on the scoreboard as much as they would have liked only leading by three points on a score of 1-7 to 0-7 at the short-whistle. 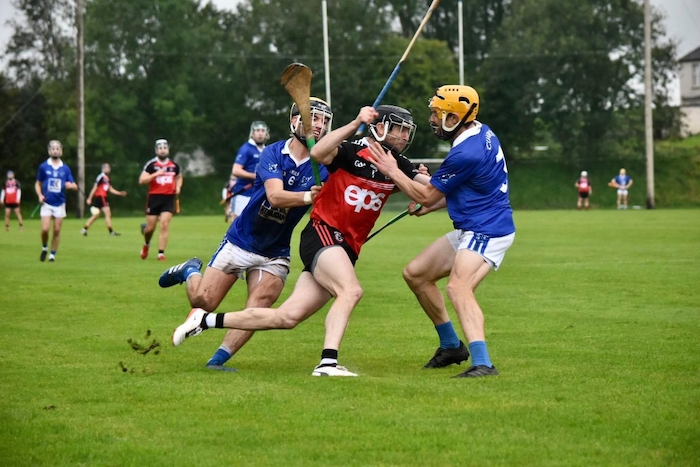 On the break: Keith Higgins looks to break past David Kenny and Stephen Coyne.

Their goal coming on 28 minutes from Shane Boland who netted to put his side into a 1-6 to 0-5 lead, but their inability to convert chances during the half came back to haunt them in the second half and the five wides they registered during the opening 30 minutes were big opportunities lost when it came to the final whistle.

Ballyhaunis were very much to the fore in the third quarter of this game and by the second half water break were leading 1-12 to 1-9 outscoring their opponents 1-5 to 0-2 in that period.

Their goal came on 42 minus when Jason Coyne got played in following good work by Higgins and he fired the ball past Stephen Lenehan to put four between the sides with a Shane Boland point cutting the gap to three at the enforced stoppage.

The final 15 minutes were played at a frantic pace, with Tooreen giving their all to get back into the game - but stout defending from Ballyhaunis was able to keep them at bay and their three point advantage in place at the end. 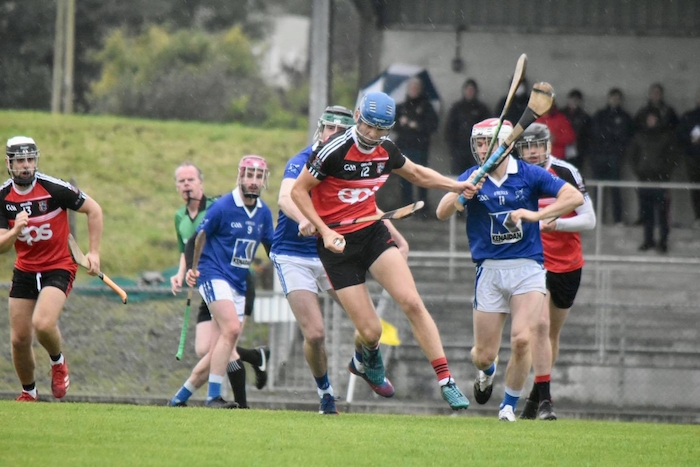 For Ballyhaunis they will be delighted to have claimed the title back after a four year gap, for Tooreen it brings to end a championship run that saw them win the title three times and also cap it with two Connacht Intermediate Hurling titles over a 36 month period.