The record books will show that Ballintubber have been the team of the decade in Mayo - in MacHale Park on Saturday night they claimed their fifth Mayo senior title since 2010 to move one ahead of local rivals Castlebar Mitchels over the past ten years.

Composure and hard work have been be the hallmark of Ballintubber over the past number of years and they showed that once again in spades seeing off the challenge of Ballaghaderreen by three points at the final whistle.

For manager Kevin Johnson he has guided this team to two titles in as many years and is some return for manager who is in his first stint as the main man in charge of a senior club.

Ballintubber never doubt their ability and rarely panic when the pressure comes on and once again when when needed their main men stood up and were counted.

Cillian O’Connor hit seven points over the hour and Jason Gibbons put in a fine showing in the middle of the park, Diarmuid O’Connor hit a fantastic point in the second half when the game was in the melting pot and Alan Dillon showed all his class and experience to take the smart option and lay off the ball to a man in a better position within seconds of coming on when others would have taken on the shot themselves.

Ballaghaderreeen will have regrets though, seven first half wides most of them from scoreable positions will annoy them over the Winter as will letting a hard fought four point lead be reeled in during first half injury time - but that is the class of Ballintubber - you can’t give them an opening or they will exploit it. 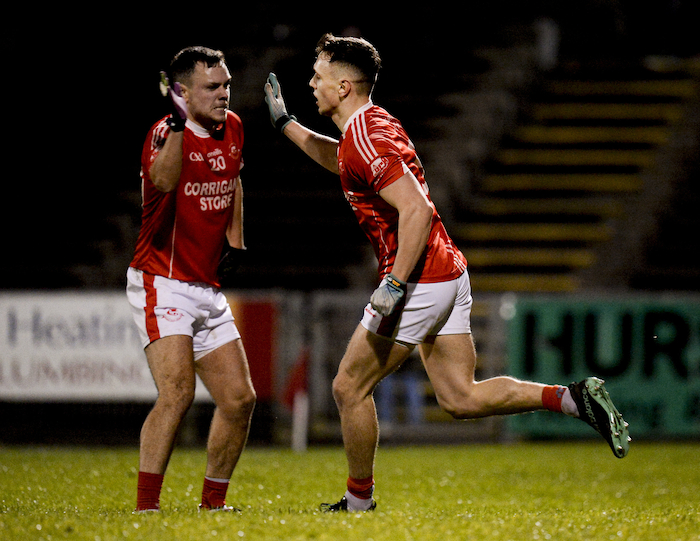 Back of the net: Alan and Michael Plunkett celebrate Michael's goal for Ballintubber. Photo: Sportsfile

The first half was a tit for tat contest in the opening exchanges with both sides swapping the lead on a number of occasions, with Cillian O’Connor and Andy Moran both finishing up with three points each at the break.

It looked like Ballaghaderren had struck an important blow when Cormac Doohan chased in on a long ball in from Darragh Kelly and flashed it home past Brendan Walsh five minutes from the break and not long after Andy Moran hit his third of the day to put his side 1-6 to 0-5 each.

But Ballintubber kept doing what they do and Jason Gibbons strove forward strongly and found Michael Plunkett who side stepped Patrick Sharkey before rolling the ball home to cut the gap back to one just on the half hour. Stephen O’Malley made sure they sides would go in level at the break after being played in by Cillian O’Connor to leave it 1-6 each at the short-whistle.

The second half was a tight in the third quarter of the contest and it was level at 1-10 each as the final ten minutes approached not he horizon - this is the time that champions step up and Cillian O’Connor slotted over a free to edge his side in front on 51 minutes, two minutes later Dillon set up Keelan McDonnell for his second point only seconds after his introduction.

Moran hit back for Ballaghaderren with a free five minutes from time to cut it back to a single point game - but it was as close as they got as Ballintubber closed the game out in impressive style with O’Connor pointing from play and then adding on the final score of the game from a free four minutes into injury time. 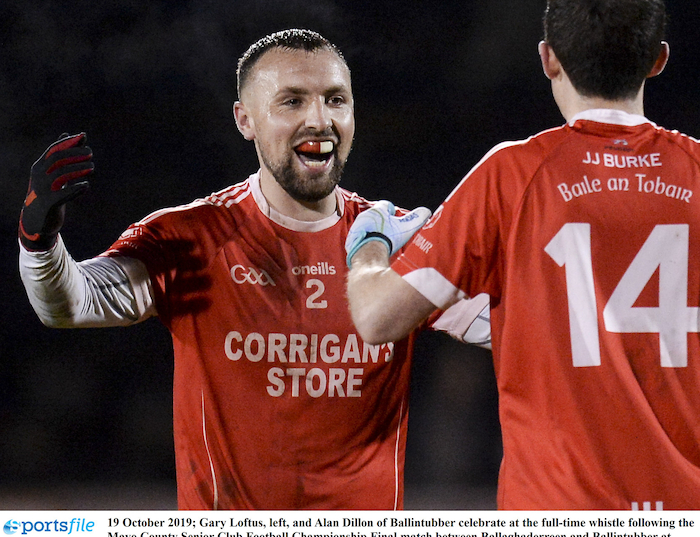 Five titles in ten years for Ballintubber is an amazing achievement and while they have still to claim a Connacht title they are well set up to make amends for that in the coming months.

For the vanquished Ballaghaderren men - they backed up reaching the semi-final last year by making the showpiece occasion for the first time since 2012 this year and have reestablished themselves as serous contenders once again.

But the final word has to go to the west Mayo men who will have bonfires burning for a few days in the village and beyond after another fantastic final display.