A Rachal Kearns goal midway through the second half at Omagh’s Healy Park proved decisive as Mayo held off a battling Tyrone to win this TG4 All Ireland SFC Group 4 opener by three points.

Four missed goal opportunities in the second half came back to haunt Tyrone who once again turned in a big performance despite missing the services of influential captain Neamh Woods.

The game was excellent advertisement for the ladies game in front of a big crowd but it’s first blood to Mayo in this difficult group.

Mayo led by two at the break with goals from Grace Kelly and Kearns putting the Westerners 2-3 to 0-3 up before a spirted Tyrone hauled themselves back into the game thanks to the accuracy of the impressive Niamh O’Neill who finished the half with 1-3. 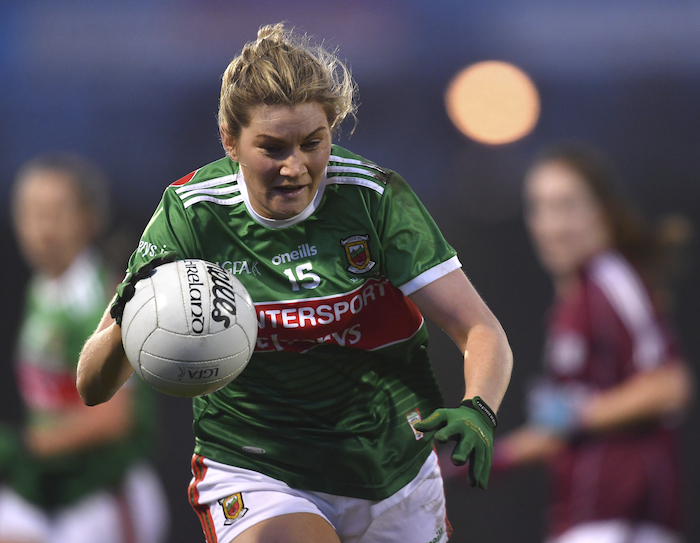 On target: Grace Kelly hit 1-3 for Peter Leahy's side on the road against Tyrone. Photo: Sportsfile

Chloe McCaffrey opened the scoring with a long-range Tyrone point after two minutes, which quickly cancelled out by Kelly and Kearns points.

After O’Neill pulled a point back for the Red Hands, Kearns was on hand to steer the ball past Shannon Lynch at the other end after good work from Eilis Royanne.

Tyrone responded well with O’Neill’s well taken goal on 25 minutes and points from Niamh McGirr and Maria Canavan leaving it a one-point game until a late Kelly point opened the gap to two by the break. 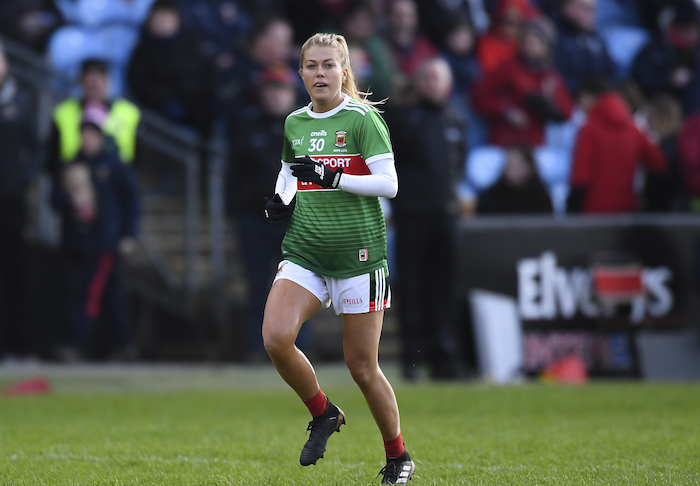 O’Neill and McCaffrey went close again for goals as Canavan drilled home a fine three pointer on 38 minutes to nudge Tyrone three ahead.

Points from Sinead Cafferky and a Rowe free edged Mayo to within a point before Kearns was on hand for that crucial third Mayo goal.

The visitors maintained that lead until the end and despite the best efforts of Canavan who hit three further points and a fine goal-bound effort from Mc Girr that skipped wide, Emma Needham, Natasha Gaughan and Kearns points kept the gap to three at the end of what was indeed a cracking contest.