One of the most prolific joke-tellers of recent times, Jimmy Carr brings his brand new show ''The Best Of, Ultimate, Gold, Greatest Hits Tour' to the Royal Theatre Castlebar on December 13th 2018. Get your tickets here.

With an astonishingly vast repertoire and lightning-sharp delivery honed from fifteen years at the top, Jimmy is gathering a selection of his very best jokes along with brand new material for the ultimate comedy show. A man who has devoted his life to crafting perfect jokes and has left a trail of laughter in his wake, Jimmy Carr's new tour will distil everything we love to laugh at and be shocked by, into one incredible, unparalleled night of entertainment.

Jimmy Carr has been on the stand-up scene for a decade and a half. In that time he's performed 9 sell-out tours, playing nearly 2,000 shows to over 2 million people across 4 continents. He's won the British Comedy Award for 'Best Live Stand-Up Tour' and been nominated for the Perrier Award. Now, all that experience is being put to good use - you can see all the greatest material from his extraordinary career in one show - this is the very best of Jimmy Carr. 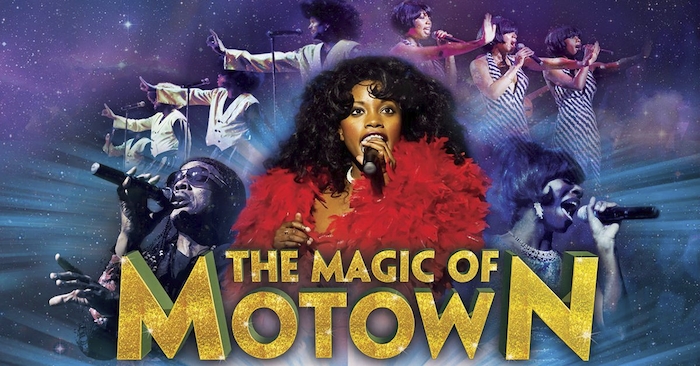 Also on Thursday the 25th of October, The Royal Theatre Castlebar proudly present "Magic of Motown"

Music fans are invited to the biggest party of the year as the unstoppable Magic of Motown show steams into town! Seen by over a million people, it's no surprise that the show is one of the biggest success stories in British theatre history, even performing for Her Majesty the Queen, as special guests at the Royal Variety Performance.

Prepare yourself for 40 back-to-back classic Motown hits, glittering costume changes, dazzling dance moves and outstanding musicianship in this explosive concert experience. Celebrate the sound of a generation as the timeless music of Marvin Gaye, Diana Ross, Stevie Wonder, The Temptations, The Supremes, The Four Tops, Martha Reeves, Jackson 5, Smokey Robinson and more, are sensationally recreated for you by an exceptionally talented cast and band.

This breath-taking concert spectacular takes you on a musical journey through all your favourite songs, including: Ain't No Mountain, Signed Sealed Delivered, Grapevine, Get Ready, Dancing In The Streets, My Girl, Blame It On The Boogie, Uptight, Endless Love, My Cherie Amor, All Night Long, Heatwave and many, many more.

With Over Two Million Singles Sold, 800 Million Streams and a Platinum Selling Debut Album, Gavin James is back with "Only Ticket Home"

It's been just under 3 years since Dublin singer songwriter, Gavin James, released his debut album "Bitter Pill". These past years have been non-stop for James with tours across the globe, including his own sold out headline arena tour to an audience of 15,000, as well as supporting Ed Sheeran and Sam Smith along the way.

One of the most genuine and humble artists in music, Gavin is looking forward to the release of his forthcoming sophomore album 'Only Ticket Home' (due for release October 26th ). The lead single "Always" (Mixed by Mark Ralph - Clean Bandit, Jess Glynne, Years and Years, Rudimental ) has reached 20 Million streams to date and is now platinum in Ireland, and No.1 in Brazil.

Gavin new album 'Only Ticket Home' is out 26th Oct 2018 and his new single "Glow" will accompany the release, which includes a music video shot in and around his hometown of Dublin, featuring iconic locations that kick-started Gavin's career and featuring several cameo's including his parents and famous musicians.

'Only Ticket Home' is available to pre order now through his official website http://www.gavinjamesmusic.com and his worldwide tour starts in January 2019.