A FASCINATING documentary by Billy Murray premieres next week in Monivea and Nun’s Island Theatre. A Curious Burial Arrangement tells the story of cousins Rosamond and Kathleen Ffrench, last scions of the dynasty of Monivea Castle, interwoven with that of Billy’s mother Mary, who was a history teacher in Galway.

The story embraces the Russian and Irish revolutions, the decline of the Anglo-Irish Ascendancy, and is also a son’s loving memorial to his mother. It begins with Billy retracing a childhood visit to Monivea when he first saw the crypt in which Kathleen, and her father Robert, are buried. He was struck by the fact that Rosamond was buried outside.

Robert Ffrench was a diplomat in Tsarist Russia, where he married an heiress, and where Kathleen was born and raised. Later, Kathleen – who knew Lenin - was caught up in the Russian Revolution and jailed by the Bolsheviks. On her release she returned to Monivea only to find that the old Anglo-Irish order had also been overthrown.

“I was 13 when my mother brought me to visit the mausoleum,” Billy tells me. “She told me the story of the people buried there and it took in revolutions, ends of empires, family feuds, and disputed inheritances. Years later I decided to research it further, partly to reconnect with my mother because I had drifted away from her. While I was doing the research I could see that it sparked her interest. After she passed away I decided I’d make a documentary, partly as a tribute to her.” 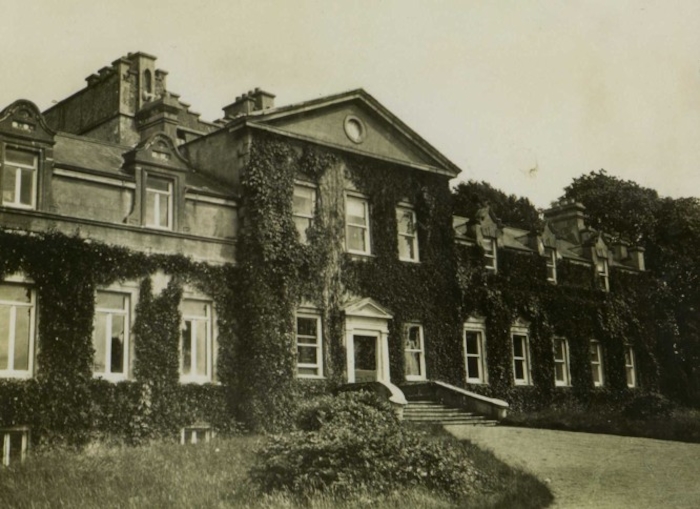 The film is short but its making was a long process, as Billy relates: “It has taken 20 years to complete. At the start I got support from Galway Film Centre which enabled me to shoot the initial footage. The next part of the story was Russia, but I had no money to go there and could get no response from the Russian Embassy. I then did a history degree in NUI and while doing that, I got an email from the embassy inviting me to Russia to give a talk about Kathleen Ffrench. I told them I wanted to film there but had no camera. So they arranged a meet between me and a Russian broadcasting magnate and he gave me a cameraman and a camera for three days.

"Culture Ireland then paid for my flight, and NUIG’s Arts Department gave me €3,000 to cover my expenses. So I got my Russian footage and put a first cut together. Myself, my supervising editor Paddy O’Connor, and John Dunne who did the music, watched it, and it clearly didn’t work. As we talked about it afterwards John said ‘I want to know more about your mother’ so the documentary morphed then. I started rewriting it and bringing my mother more into the story and through that, I found my own voice and that was significant in shaping the film. It became a personal story and journey.”

A Curious Burial Arrangement is an absorbing and touching tale. It will be screened in Monivea this Saturday [March 3], Monivea, in the Fr Sammon Hall, and next Wednesday March 7 in Nuns Island Theatre, at 8pm.