DECADENT THEATRE Company is set to revisit one of its most acclaimed productions, Frank McGuinness’s Someone Who’ll Watch Over Me, in a new staging, directed by Andrew Flynn, at the Town Hall Theatre.

McGuinness’s play is inspired by the story of Brian Keenan’s lengthy captivity in Beirut. It focuses on three hostages in a Lebanese cell: an Irish journalist, an English academic, and an American doctor. The men do not know whether they will live or die which brings into stark relief their inner resilience and instinct to survive.

The hostages struggle for survival while also overcoming their personal differences. They strive to continue to experience emotion. They laugh, they cry, they re-create scenes from movies, they write letters home, they constantly re-invent themselves to keep the boredom and oppression at bay. McGuinness brilliantly blends reality and fantasy, comedy and tragedy, to fashion a riveting theatrical experience. When Brian Keenan saw the play he wrote to McGuinness saying he was amazed at how close it was to his own actual experiences.

Decadent first staged the play in 2004 but this is very much a new production rather than a revival, as Andrew Flynn explains. “This was a chance to revisit it," he says. "Owen MacCarthaigh has designed a new set and we didn’t have composer Carl Kennedy, lighting designer Ciaran Bagenal, or costume designer Petra Breathnach on board the last time. Diarmuid de Faoite reprises his role from our first staging but we have two new actors, Simon Coury and Dara Devaney, so this is very much a new production. Coming into this, I’m older and more experienced and we’ve all gone through more life experience. Maybe we understand grief a bit more and all those things are informing what we are finding in rehearsal.” 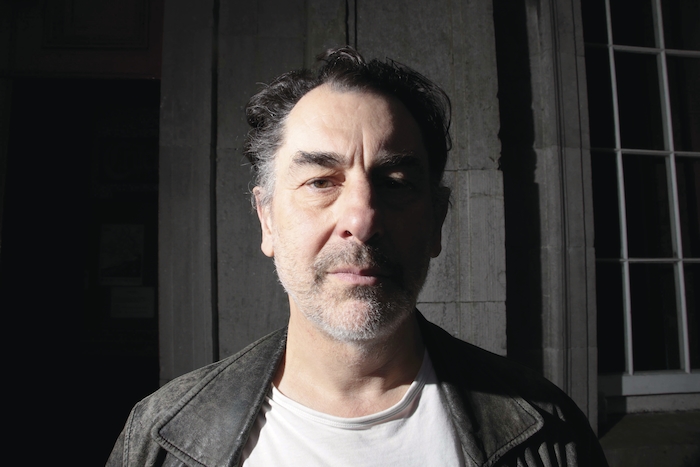 Simon Coury is originally from near Reading in England, and is a seasoned performer whose credits include roles with the RSC and the Gate as well as roles in Coronation Street, Foyle’s War, and Eastenders. These days Coury lives in Wicklow and most of his work is in Ireland. I ask him what prompted his move here; “A woman; the old story!” he replies with a smile. “I met her while doing a play in England and I came over here for a six month trial period and here I still am, 13 years later, with two Irish children.”

This is Coury’s first time working with Decadent; “I hadn’t worked with Andrew before, or seen Decadent, but everyone I talked to had great things to say about both him and the company. It’s a lovely play to be doing and the character of Michael is a great part; he’s an English academic who has lost his university job and has come to Beirut simply because it is the only employment he can get. He’s a bit of an innocent in this world; he doesn’t understand the political situation. He is a widower, he has no children, and his mother is sick.

"The strength he has got is endurance, and he understands grief and is able to help Edward, the Irish character, particularly, come to terms with his grief. What Michael learns, which is so delightful, he finds his playfulness. He finds his inner child and he ends up doing things in that cell with his imagination that he would never have been able to do before. So he grows, and all three of them grow. They replay horse races and tennis matches and it is enormous fun. There are very moving and dark bits and also some absolutely hilarious, delightful, sections with lots of laughs. It’s a great privilege to be doing it and it has been a joy working on it with Andrew and Decadent.”

While the hostages form close friendships there are also tensions between them. “The Irishman and Englishman are often at each other’s throats to begin with, but they learn to respect and ultimately love each other I think,” Coury notes. “It’s a very spiritual play. It’s about what it is that gives them the strength to carry on, about what human beings can be and can be for each other; they give each other strength. The play’s title is about the different ways people can watch over each other. Michael has imaginary conversations with his late wife and at some level she is watching over him. The three hostages learn to watch over each other.”

One of the most moving scenes is the leave-taking between Edward and Michael; “When Edward leaves there is a beautiful scene where he and Michael comb each other’s hair like the Spartans used to do before going into battle,” Coury observes. “It’s a token of love and of something that they both, in different ways, come to terms with, which is their feminine side. Edward’s initial way of dealing with their situation is fighting and defiance and denial. What all three of them learn is compassion, not even to hate their captors but to also understand them. We are in an era when compassion is sadly lacking in today’s world and the play has a lot to say on that.”