LENIN FOR Today is neither a historical study nor a biography but an attempt by long time Socialist Workers Party member – and leading light in People Before Profit – John Molyneaux to make a case for Lenin’s ideas and organisational methods in the here and now.

Molyneaux dismisses the notion that Lenin’s championing of the idea that socialists should organise together in a centralised party to take political leadership of strikes and political campaigns, so to guide them in the direction of revolution and the overthrow of capitalism, automatically led to the permafrost wastelands of Stalin’s Gulags, where critics of the regime – many of them good socialists – perished or went slowly mad.

Molyneaux is a child of May 1968 and an advocate of the Trotsky/Rosa Luxemburg strand of Marxism which condemned the snuffing out of the very real workers’ democracy which existed in the early Soviet Union, and took a critical view of the replicas of Stalin’s regime which the Red Army imposed on Central and Eastern Europe after 1945.

Molyneaux’s comrades were – back when it mattered and the Russian tanks were rolling into Budapest and then Prague – more critical of Khruschev and Brezhnev, who ordered said tanks in, than were the likes of Anthony Eden and Henry Kissinger, both of whom accepted Russian domination of the East in return for the rule of the moneyed classes being allowed continue in France and formerly fascist Italy. 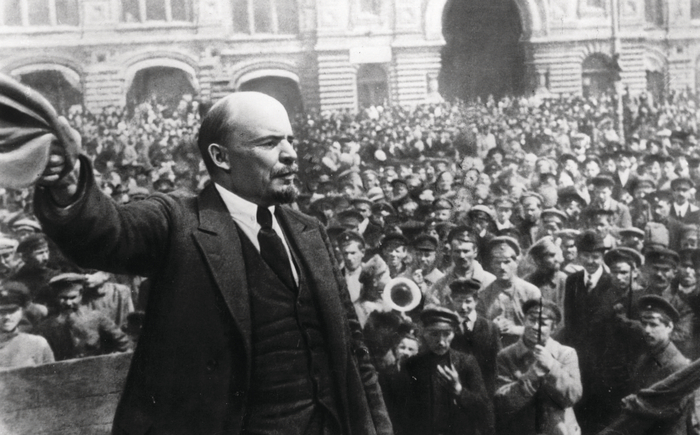 Lenin For Today argues that Stalin’s regime, and its undeniable crimes against humanity, were not the result of the revolution which Lenin led 100 ago, but rather the dividend bequeathed by that revolution’s failure to flower into the worldwide socialism which had always been the Bolsheviks’ aim. It is a political tradition far more honourable than that of reactionaries of the Robert Service or, more ludicrously, Nick Cohen variety who lose no opportunity to rave about how any political movement even slightly to the left of Vince Cable or Finian McGrath automatically leads to a rerun of the Killing Fields.

The benefits of Leninist methods can be seen in the way organisations such as People Before Profit and Solidarity got stuck into the anti-water charges campaign, the biggest working class political movement in this State for at least 30 years. The contempt such organisations have for mainstream liberal opinion, as expressed by the likes of Kathy Sheridan in The Irish Times and Marian Finucane on official radio Ireland, is admirable. Of that Lenin would be proud.

Lenin might be less impressed at how his disciples seem content to compete with each other for the next few hundred members, rather than making a serious bid to take power and overthrow those who have brought us the banking crash, record child homelessness, the tracker mortgage scandal, and much more. He would also likely be a bit sniffy about their recent opportunistic partial embrace of the dud liberalism which – taken to its extreme - considers championing the right of transgender people to bomb Afghanistan, via their membership of the US Air Force, to be one of the issues of our time.

Lenin For Today will be launched in Charlie Byrne’s Bookshop in Middle Street, on Thursday November 2 at 6.30pm. All are welcome to attend. There will also be a Q&A and debate.