Broadcaster and journalist Lorraine Keane discovered by accident that she was in the early stages of the perimenopause - a transitional time which can last anything between four and 10 years prior to menopause.

Women may suffer from many negative symptoms associated with this hormonal stage, including night sweats, hot flushes, decreased libido, weight gain, mood swings and fatigue, due to the decrease in oestrogen production.

The IFTA nominated broadcaster was approached by PR consultant Mary Crotty who wondered if she would like to become an ambassador for Cleanmarine® MenoMin, an Irish brand which provides nutritional support to women before and during the menopause.

Lorraine had never thought much about this stage in a woman's life. In fact, she usually bypassed articles about it in magazines because she believed they did not apply to her.

However, when the PR consultant began to talk further about the menopause, she became interested. There was an all too familiar ring about the symptoms. The tiredness, the irritability, the mood swings, the loss of libido, and disrupted sleep pattern.

"Suddenly, I began to realise she was talking about me," says Lorraine. "I had these symptoms since I was in her late 30s but I thought it was normal. I attributed the tiredness to juggling so many roles and to not sleeping well.

"I used to wake up irritable for no reason. I would be annoyed with myself as I felt I should be counting my blessings. I didn't feel the slightest bit romantic either but I didn't think for one second that it was down to the menopause."

The more she learned about Cleanmarine® MenoMin - a multivitamin which contains Omega 3 from Krill Oil (the fastest and purest delivery of Omega 3 possible, surpassing traditional, highly processed fish oils and without any fishy aftertaste ) alongside B-Vitamins, folate, biotin, soy Isoflavones and Vitamin D3 - the keener she was to try it.

Lorraine says she would not lend her name to something unless she believed in it and this was the case with this product which she credits with keeping her hormone levels balanced and her hair and skin looking great.

"I felt it working within a month," she says. "I felt better, I was sleeping well and there were no mood swings. I haven’t looked back. It's empowering to feel and look my best every day, no matter my stage of life. Cleanmarine® MenoMin helps me feel balanced, my energy levels are normal and my hair ands skin look great. It's natural, Irish and genuinely works. I take two tablets a day and I am on it for over a year. I never miss a tablet."

The well known broadcaster and journalist visited Galway last Friday in her role as ambassador for the multivitamin, which is available from Evergreen Health Food stores. She and Naturalife nutritional therapist Sarah Brereton were at its Galway Shopping Centre branch. They provided nutritional and lifestyle tips for women interested in finding out more about the perimenopause and menopause. 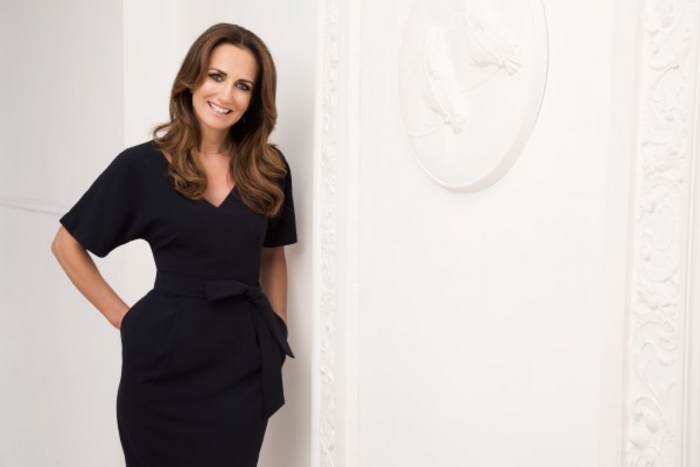 Lorraine believes the menopause is still very much a taboo subject and a stage which many women face with trepidation. Greater awareness is needed to address this, she believes. Women, from their 30s upwards, need to be informed about this normal phase in a woman's life.

"The menopause is one of those subjects women find it difficult to talk about, even today. My friends are taking Cleanmarine® MenoMin and they are hiding it from their spouses. People talk about depression and stress and other issues but not the menopause. In the past, especially, it was like a dirty little secret. People thought it was the end of life, it was associated with being old, dried up and withered, that you were on the way out. Now there is a huge possibility that we could live until we are 90.

"The menopause is literally just another stage in our hormonal development, you can come out the other side and still feel happy, pretty and sexy. "It is important that we change our mindset and see it as something to celebrate, a time to rejoice, that we have no more periods or aches and pains. It gives us a freedom we haven't had in years. We are all living longer, 60 is the new 50, men and women, both physically and mentally, are doing more and feeling better.

"Cleanmarine® MenoMin, the supplement I take, has ingredients, such as krill oil, and B vitamins, all the things you should have in your diet. It is nice to know you can get all you need in one. To take it can only be a good thing in life. We all deserve the best, we deserve more than just plodding along."

"It will be nice to be out and about, chatting about my experience. It is good to have the conversation [about the menopause]. There are women with their children in my children's school and they have approached me about it."

While Lorraine does not have any family connections with Galway, she loves the city and what's more, it loves her. "I have done more events for work in Galway than anywhere else, including Dublin."

She stays fit and healthy by going to Pilates classes twice a week, choosing the stairs instead of the lift and walking to the shops, when possible.

"Four out of seven days I try to be good - I eat healthily from Monday to Thursday, then I relax at the weekends."

Meanwhile a survey carried out by Cleanmarine® MenoMin among some fans of the brand found that 60 per cent of those taking the product felt less fatigued, while 57 per cent said they found the menopause to be an empowering stage of life. When asked how menopause affected their diet and exercise, 55 per cent stated it had a positive impact on their habits.

Cleanmarine® MenoMin is available from Evergreen Health Food Stores. You can save €3.50 if you buy the product in October. For further information ask in-store or visit www.evergreen.ie