“James Joyce believed in the artistic phenomenon of eternal recurrence, that art is cyclical, not linear. In this, my latest exhibition at the Kenny Gallery, I revisit the themes of past work, the Táin, the Great Irish Famine, and the present, in the form of the emigrant crisis in Africa and the Mediterranean, and the ultimate journey in the leaky damaged boats to an uncertain future - so the work in the present exhibition is a journey from myth to reality, past to present, facing into a future of challenge and uncertainty ...the inevitable dilemma of the artist.” 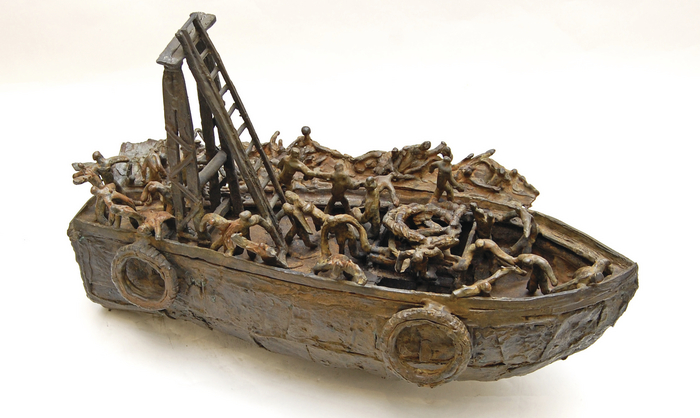 Over a quick morning chat John talked about some of the subjects that feature in the show. I began by asking if his interest in the Táin was sparked by the famous Thomas Kinsella translation which appeared in 1969. “Yes that was the best translation to have come out by that time,” he states. “I was always trying to get a good read on the story and there were scholarly books on it but they were very dry and academic but Kinsella brought it to life.”

In this exhibition, the artist revisits many of the themes of his life’s work, destined to personal ‘eternal recurrence’ - here is represented not only a cross-section of the best of Behan, but a bravura exploration of many of the thematic concerns of all artists. Some 30 new works in bronze are joined by more than 20 paintings by the artist. 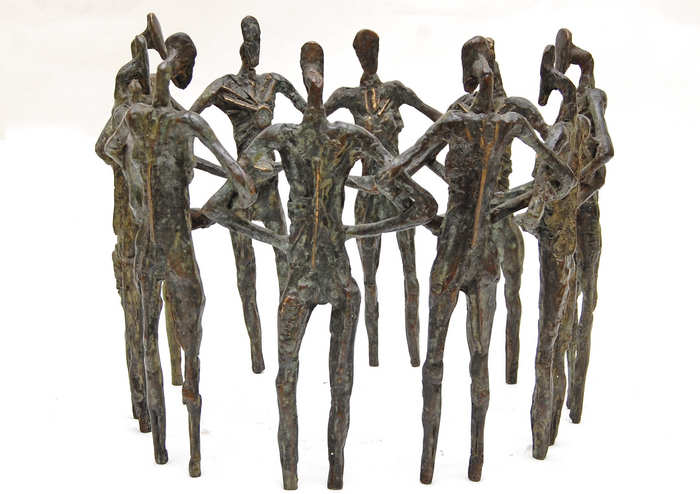 The show points up the parallels between the Irish Famine, a topic Behan has powerfully explored in the past, and the terrible plight of present day refugees. “My grandfather, who was also John Behan, was born in 1852 which was the last official year of the Famine so I had that personal connection,” John reveals. “When I was doing the famine pieces I was aware of refugees and sympathised with their plight but in recent years the whole thing has become much closer in parallel between the Irish Famine and modern migration of people from Africa and Syria into Europe.”

Behan is also well known for his many works on bulls. Do these ever depict specific individual animals I ask? “I go to events like the Horse Show every year where they have bulls and I’ve visited the bull farm in Kildare,” he replies. “I like to keep abreast of things and study them. One or two of the bulls in the exhibition would be based on actual living creatures –before they were turned into hamburgers!” 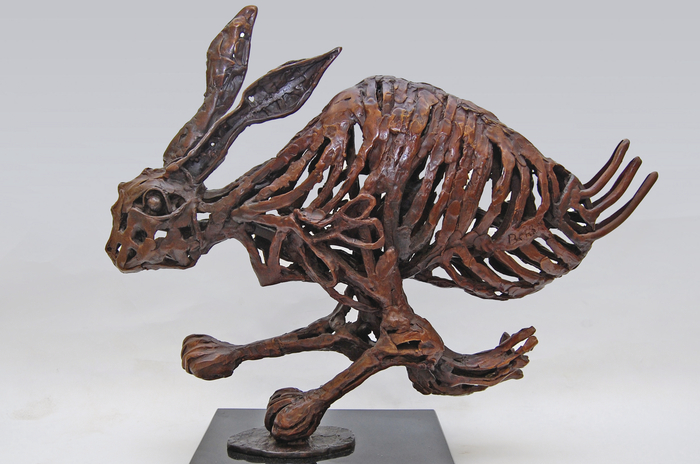 Celebrated actor Stephen Rea will formally open the exhibition; he and Behan share a long friendshi. "I’ve known Stephen for many years and I was always a great admirer of his work, particularly with Field Day and Thomas Kilroy’s plays," says Behan. "He was magnificent in those and I don’t think he has been fully recognised for that, even though he is now a film star with a world profile. I remember Stephen when he started in the Abbey. I think I was even there when he first arrived as a young recruit; Ernest Blythe was still there at the time so that’s how long I know Stephen!”

Eternal Recurrence continues daily, 9am to 5pm, Mondays to Saturdays, until November 17 at The Kenny Gallery, Liosbán Retail Park. Admission is free. All are welcome.