The modern world is full of fraught trials for children and young people, ranging across issues like exam pressure, bullying, poverty, homelessness, radicalisation, suicidal impulses, and the impact of social media.

Among the people engaging with these issues and working hard to find answers is NUI Galway’s Professor Patrick Dolan, holder of the prestigious UNESCO Chair in Children, Youth and Civic Engagement, the first to be awarded in the Republic of Ireland.

Prof Dolan has worked with, and for families, as a practitioner, service manager, and academic for more than 20 years. He also has an extensive policy experience and was recently a member of a Government Task Force advising on the necessary transition programme for the new Child and Family Support Agency. Over an amiable Monday afternoon chat he shared his experiences and insights in these fields, starting with an account of his own upbringing.

"I was born in inner city Dublin,” he began. “My father was a carpenter who died in a work accident when I was seven months old. I grew up within a strong family with a very resourceful mother. There were ten of us; there had been eleven but the first child died when very young. When I left school I initially worked in the bank and absolutely hated it though my mother thought it was great I had a job there. I started doing volunteer work with Simon and Vincent de Paul and found that I liked working with people with vulnerabilities. I found their stories really interesting; not in a voyeuristic way but they helped me learn about life.” 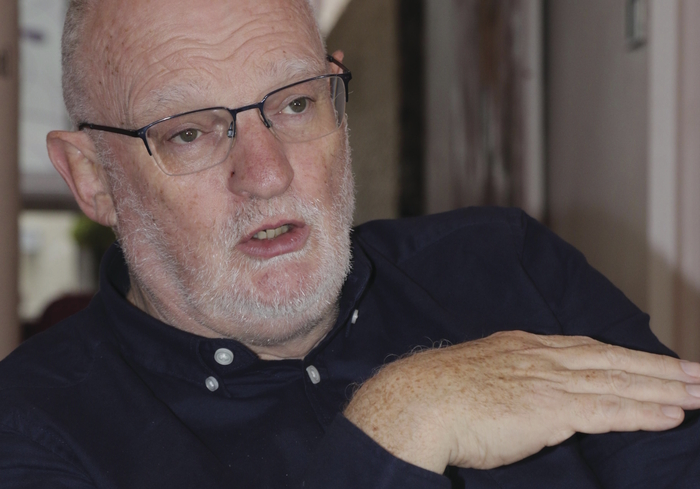 While he now enjoys international esteem for his work, Pat still exudes the warm affability of his working class Dublin roots and talks fondly about his passion for sport and his home county (as well as his adopted city ).

“I came to Galway in 1980 when I was 21 and started working in child guidance and youth work," he says. "I managed family services with the Western Health Board and did a lot of work like that for many years. My wife Mary is also from Dublin; we got married in 1982 and we have three kids – two boys and a girl - who are now grown up. I fell in love with Galway when I came here; the city has been very good to me. I am still a Dub and cheer for them in the All Ireland. GAA is in my blood – I played hurling in my youth. My kids are Galway supporters though!”

Pat’s academic career vividly illustrates what one can achieve via part time education; “I never went to college full time in my life. I did my Leaving Cert by night and my degree and PhD part time. I came into NUIG in 2002 and with John Canavan we set up the Child and Family Research Centre which really took off. I was then very fortunate to get the UNESCO chair in 2008 which focuses on children, youth and civic engagement. A lot of our work is supported by Atlantic Philantropies who have been fantastic as donors, up to funding our premises which is the largest social science building in Europe.”

He outlines the range of activities pursued by his UNESCO chair. “The chair has just been renewed. It is peer reviewed so you don’t just get it and sit in it!” he notes with a laugh. “A lot of the work we do is international. There are three main projects we are currently working on. One is on preventing youth violence through radicalisation. The media and internet can be dangerous and the evidence shows radicalisation comes from a lack of a sense of belonging, a lack of purpose, and blurring of sense of identity. 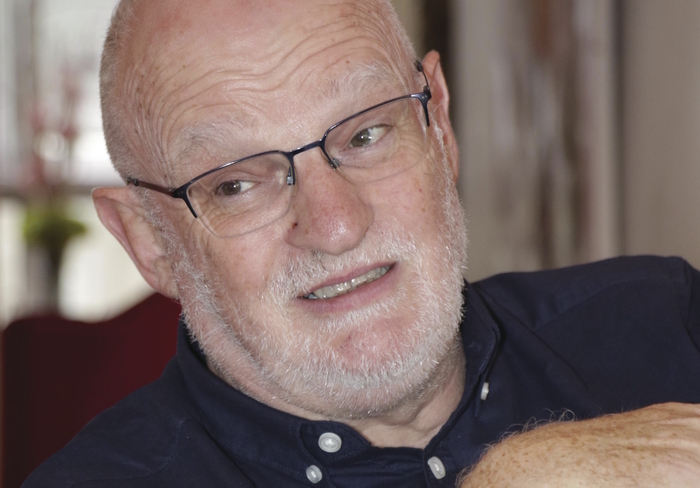 "A second project is with JK Rowling’s foundation Lumos which is working toward ending the practice of having children in large orphanages. There are at least eight million children in such institutions worldwide. Most of those have parents and are only in such places because of poverty. The third one is international work around empathy education. Research shows that where young people in difficulty volunteer, they do really well. Doing good for somebody else enhances our own self esteem. I often find when we engage with kids from the margins they do better than kids from the mainstream.”

Empathy education is a big passion of Pat’s and he has initiated a programme which is being implemented in secondary schools – and boasts a starry contributor. “Cillian Murphy is a great patron of the programme and is very actively involved in it,” Dolan reveals. “We train young people, usually in transition year, to do research on an issue that is important to them. They make a short video of four or five minutes and show their research in a way that is interesting for other young people to watch and we show them in schools.

"Good examples of our work is we had one on LGBT young people in Tallaght who talked about the fear of coming out and homophobic bullying, and Cillian worked with them on how they would dramatise that. Another example was a project in Leitrim about rural homelessness, while another was from Ballina and was about young people being concerned about friends with mental health issues and suicide. For a young person having a friend who is depressed or suicidal can be stressful.” 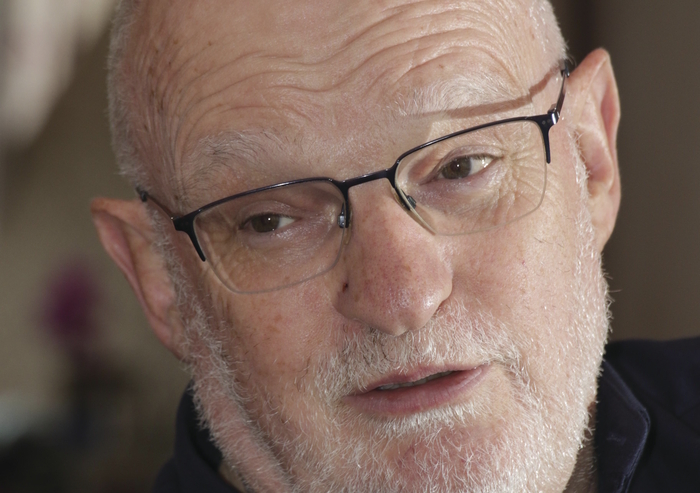 He argues that the focus on secondary school students to succeed at the Leaving Cert detracts from their development of vital life skills. “I don’t agree with the Leaving Cert system," he says. "We have to come up with a better model. The Leaving Cert is like a pressure cooker for kids; it all comes down to being able to perform on a specific day after years of work – to that extent it is harder to do a good Leaving Cert than to do a PhD. Because schools are under so much pressure academically there is not enough time to develop life skills. You shouldn’t be defined by your Leaving Cert. I feel very passionately that we should be moving toward a much more empathic form of education for young people. Research shows that if kids learn empathy they do better academically.”

Suicide among young people has been a depressing highlight of news headlines in recent years. Pat offers his insights into this troubling issue. “We need to do more research with young people who had suicidal thoughts but didn’t go through with it and what stopped them," he says. "Was it a parent, a teacher, a friend? We don’t know enough yet about what prevents it happening. One issue we should be concerned about is mobile phones. I experienced bullying myself in school but in those days when you went home you were safe. Now we have phones and computers which follow kids all the time. That is one of the reasons I am so keen on this empathy education project.”

Pat’s work has also entailed proffering advice to policy makers and people in Government. How responsive have they been? “I have found it comes down to relationships,” he replies. “I have given a lot of policy advice nationally and internationally. I remember learning a really good lesson from the great educator Jagdish Gundara who sadly died last year. He used to say ‘have coffee first and give advice second, you have one mouth and two ears and use them in the right proportion.’

"Often experts go in and blab their mouths off, but you also have to listen to policy makers to get their view on an issue, and you then give your view in a respectful way. Lots of research makes no difference, so you have to do research that changes policy and makes a difference. One good example of that was research colleagues of mine did into young people who were caring for disabled parents and it was very powerful because the youngsters’ voices were so strong. We brought that to the Minister for Children, who was Frances Fitzgerald at the time, and the voice of the children was so strong it led to services being made available.”

Those of us who are parents or are just concerned for the next generation can be relieved that passionate, skilled advocates like Prof Dolan are doing their utmost to ensure that our youth receive the best possible grounding for life.