BETWEEN STAND-UP and improv performances, dishing up exotic treats in Massimo, presenting a Flirt FM radio show, doing poetry readings on a bus, hosting art workshops and performing science-based comedy, the multitalented Phill Jupitis has an extremely busy Vodafone Comedy Carnival ahead of him.

Phill Jupitus is probably best known for his quick-witted performances on such comedy panel shows as Never Mind The Buzzcocks, Have I Got News For You, and QI, but his talents extend far beyond his ability to crack wise. On the 55-year-old’s Wikipedia page, he’s described as “an English standup and improv comedian, actor, performance poet, cartoonist and podcaster".

A true renaissance man, Phill will be wearing most of those hats over the course of this year’s Vodafone Comedy Carnival – and also one that we have not seen him don before…namely a chef’s toque blanche.

“Yeah, mate, I’ll be doing some cooking this year,” he laughs, speaking down the line from an Edinburgh hotel room. “[Festival director] Kevin Healy, having observed on Facebook that I enjoy compiling dishes for my comedic pals, has asked me to prepare a brunch menu for Massimo at the weekend of the Comedy Carnival. So I’ll be preparing some exotic treats inspired by the Middle East, by Mexico, and by my own culinary tinkerings at home in Essex.” 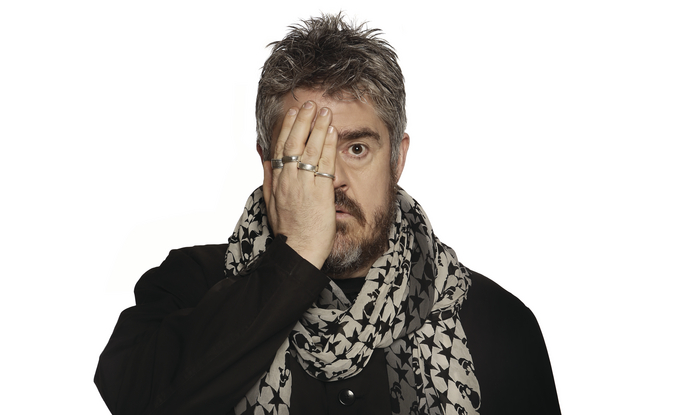 Cooking exotic treats aside, Phill has an extremely busy Comedy Carnival ahead of him. “Yeah, Healy’s a bit of a slave-driver,” he sighs. “I’m doing so much stuff, I can barely remember. I think he’s trying to kill me. You remind me what my gigs are, Olaf, and I’ll tell you all about ‘em.”

Well, for starters, there’s the Steve Frost Improv All Stars, which will see him sharing the stage as special guest alongside Frost, Andy Smart, Steve Steen and Ian Coppinger, as they do a Whose Line Is It Anyway? style comedy show. “Oh yeah, that one! As per usual, you will be seeing some of the oldest men ever to grace a stage delivering adult material… childishly.”

Then there’s a DJ set with Gugai in the Roisin Dubh. “Yes, I will be bringing a random box of 7-inch singles to delight, shock, and appal the listeners. I have never seen any DJing stint with Gugai as competitive. I hope that he reads this in the same spirit.”

What kind of music is he planning on playing? “There’s a really good reggae remixer called J Star and he does some lovely work, kind of mixing sixties soul and blue beat reggae. I’ve got a couple of those white labels, and this time I’m going to remember to bring the bloody middle for the 7-inches!”

Focusing more on talk than on music, Phill will also be presenting a daily radio show on Flirt FM. “I am indeed," he replies. "The radio show, I can assure you, will have content. I‘ve not even had a chat or pre-production meeting about this yet, but when I did the radio show before on Galway Bay FM, we had about three or four comedians and we ended up with a bit of a roundtable discussion, and it was a mountain of fun. I did radio for the BBC for 10 years, interviewing people, and so hopefully this Flirt FM show will be a return to form for this former great broadcaster.”

The location is not yet confirmed, but Phill will also be getting his iPad out and hosting an art workshop called Sketch Comic. “Kevin, as we speak, is, I believe, hot on the streets of Galway looking for art for me to copy, but Galway being such a picturesque city, I’m sure it will yield plenty for me to sit down and render on my iPad. So, wherever I end up doing Sketch Comic, I’m very much looking forward to sitting with the other artists of Galway.

"I have to emphasise that this gig is not comedy, it’s purely art, 90 minutes of drawing with me in a gallery. I’m hoping people will join me in my sketch fun as they did at the Kilkenny Cat Laughs a few months back.” Since we had this chat, the Kenny Gallery in Liosban has been confirmed as the venue for Sketch Comic during the festival from Tuesday 24 to Friday October 27 at 10am. Phill assures me that no money, experience, or knowledge is required.

“If none of that is your thing, I’m doing some straight stand up with David O’ Doherty and a few more in the Town Hall and Al Porter in the lovely Spiegeltent, and I’m also performing at something called The Comedy Mystery Tour I think, although given the title, I’m probably not supposed to mention it,” he chuckles.

Mr Jupitus began his showbiz career as a punk poet, performing under the moniker Porky the Poet. He will be doing a show in that guise on Bob’s Blunderbus.

“Porky the Poet? I speak of him in the third person as a dear friend. Porky the Poet is very much looking forward to doing his first ever bus-based poetry selection, and I’m fairly convinced he’ll be writing some bespoke bus-related material for this particular gig. He’ll be hot off a 30 day run at the Edinburgh Festival and a 14 day tour of Scotland. So Porky’s having a very good 2017.”

Last but not least is a comedy club style event called Bright Club, which will be “promoting public engagement by scientists, academics, and others with specialist knowledge.”

“Oh yes, the science thing,” he says. “Well, I recently appeared on BBC Radio 4’s programme The Infinite Monkey Cage with Robert Ince and Prof. Brian Cox, and there was a gentleman on from Cambridge University who posited that all of us are living in a massive computer simulation. He had a theory that could be how we are actually living and so, ever since that scientist made that case quite convincingly, I’ve been a bit doubtful about my place in the world. So that might come up at some point. I was a curator for BBC Radio 4’s Museum of Curiosity, where we were interacting with scientists and thinkers of the highest calibre throughout the series. So I’m very much looking forward to sinking my teeth into that in Galway.” 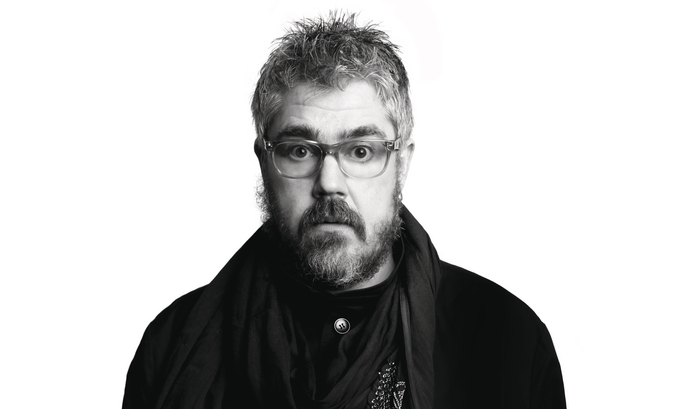 Bright Club should be no bother to him. Last month at Canterbury Cathedral, Phill received a Doctor of Arts degree from the University of Kent in recognition of his contribution to popular British culture. So, just before he hangs up, how has his life changed since becoming Dr Jupitus?

“Sadly I was not made a ‘pop your top off’ doctor, which is always the dream,” he laughs. “But it’s actually my second doctorate. The University of Essex gave me one about six or seven years ago. Yes, there’s no change. As much as though they’re very insistent that I was allowed to use the title, I absolutely fucking refuse to because I know some fucking dicks that do that. You know, people who got honorary doctorates and they actually call themselves Dr so and so. Those people need a kick in the throat!