As Insider spends endless hours each week sitting in the traffic, he finds it hard to believe the people of Galway, particularly those voting in the city, are so indulgent of populist candidates and those of the 'loony left’.

Many seem to think politics is not important, and that it has little impact on our everyday lives. Insider believes the opposite to be the case, and that voters need to think more about the kind of society they wish to live in, before they mark their ballot paper. There may be some entertainment value listening to the usual suspects spouting populist lines, but it does not seem very funny when it can take up to an hour to cross the city by car on a normal working day.

Objecting to almost every proposed water and sewage scheme, and any major infrastructural work which would help the city’s development, they then have the audacity to whinge about the shortage of housing and its consequences for homelessness. How long was Mutton Island delayed by the naysayers, and how many tens of millions of euro extra did it cost the State, due to the time having elapsed when this funding could have been drawn down from the European Union? And what do the good people of Galway do with those who cost the county, and the State, so much? Yes, some have been elected to very high office indeed.

Return of the Dáil

The political season kicked off with the annual party ‘think ins’ over the last few weeks. The political landscape still seems a bit surreal, with Fianna Fáil trying to appear critical of the Government, yet feeling bound to support it through the ‘confidence and supply’ arrangement; Labour is struggling to make itself relevant (party leader Brendan Howlin has a significant challenge in trying to grow the party in the new political dispensation ); Fine Gael is hoping the ‘Leo bounce’ can take the party up to the next General Election; while Sinn Fein, which recently pledged to only enter Government as the largest party, has now indicated it will happily prop up a Fianna Fáil, or even Fine Gael, led government.

Already regretting not having pulled the plug on their support for the Fine Gael led Government earlier this year (when Enda Kenny was still Taoiseach ), FF is very worried the ‘Leo factor’ will lead to an increase in the gap in support levels between itself and Fine Gael, which will in turn lead to Fine Gael returning to the next Dáil as the largest party. If this happens, it will be curtains for Micheál Martin’s leadership of FF, and the party leader knows he has one last chance of making it to the Taoiseach’s office.

Will Leo’s popularity continue? That is the unknown factor, and FF supporters have mixed feelings on this issue. True patriots will want him to succeed as they will put the country first, and realise we all have a vested interest in Leo, and his Government, succeeding. Looked at from a party political point of view, they hope he will fail and the people will once again turn to FF to lead the country in the coming years.

The one scenario where FF could return to power, even if FG remain the largest party, would be in coalition with Sinn Féin. Insider cannot see Martin leading such a coalition, and if he even hints at such a possibility during a campaign, he will be giving FG a very considerable stick with which to beat FF. No, the only scenario in which Martin will become Taoiseach after the next election is if FF return as the largest party and FG agrees to a ‘supply and confidence’ arrangement similar to that currently in place.

The latest Sunday Times poll shows a gap of eight per cent between FG and FF. This is music to the ears of those who had been advocating a change in leader for Fine Gael. There is no doubt Taoiseach Leo Varadkar has got off to a flying start, but the question is, can he keep up the pace? Appealing to a young cohort of voters, which FG has not done since the days of Garret Fitzgerald, the challenge for Leo will be to maintain support among these younger voters, and to hold on to FG's more traditional, older, and rural based voter. If he manages this, there is no reason he cannot lead FG to an unprecedented third consecutive term in Government. The Opposition will attempt to portray him as a man of much spin, and little substance. It is a risky strategy, but one Insider believes the Taoiseach is well positioned to overcome. 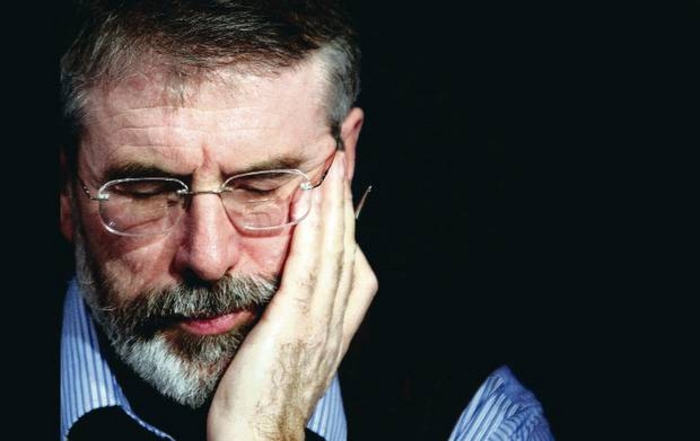 Not much change here. Memo to Irish and British governments: Sinn Fein will always act in what it believes is Sinn Fein’s best interests, the party cares not a whit for the good of the country or any of the many issues about which it expresses concern. Its whole strategy is about ‘project Sinn Fein’, and the advancement of the party in both the Republic and Northern Ireland.

This may have been understandable for the older generation, but Insider is so disappointed to see a younger Sinn Fein generation of supporters and elected representatives fail to grasp the many opportunities with which they have been presented. The media headlines during Sinn Fein’s ‘think in’ were dominated by allegations of bullying in the party, and the failure of the party to condemn the murder of Tom Oliver and seek justice for his family.

The wheels of justice may turn slowly, too much so in some cases: but, Insider finds it reassuring that the murderers who thought they were silencing Tom Oliver, Jean McConville and many others, were also, unknown to themselves, inflicting significant damage on SF’s future electoral prospects. To see some of itsyounger TDs parrot the lines of the older generation in matters such as these demonstrates there is no real chance of reform here. Now SF is the largest party on Dublin City Council, homelessness and other social problems continue to worsen. If their antics in Dáil Éireann are anything to go by, Westminster is having a lucky escape. 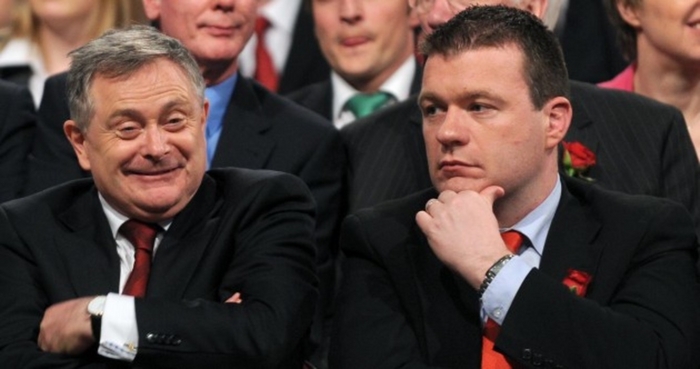 It will be a significant achievement if Labour returns to the next Dáil with seat numbers in double figures. They served the State well by helping rescue us from the Troika and restoring our economic independence. History will be much kinder to them than the present electorate are, but that is not much consolation to those struggling to hold their seats, or regain them at the next election. A two, or even a three, election strategy is required. For the moment, it will be every man and woman for themselves, and hopefully support will go in the right direction.

So, back to where we started. The Galway hurlers have shown the way. Effort and commitment leads to reward and success. No populist nonsense from these heroes: they know what it takes to succeed - telling hard truths, and leading by example. Contrast this with the populist politician who tells those stuck in the traffic that the new city outer bypass will have to be built, tells the corporations employing thousands that this route will have to be followed, and then secretly tells the homeowners on the route that they will be fine, their houses will not have to be knocked.

All things to all men, but of course, really nothing to anyone. Where will the political voice emerge from to take Galway forward as a progressive and prosperous city? It is difficult to see. It is easier to identify where it will not come from. The left wing parties and independents who wish to increase the corporation tax rate for our FDI companies: they will solve the traffic problems all right, as Galway will lose thousands of jobs as these companies leave our shores and we will be turned into a west European Albania.

As for the billions lost in income tax revenue when these jobs move out of this jurisdiction, the impact this would have on our health, housing, and welfare system does not bear thinking about. Can FG or FF produce the next TD who will advocate passionately on behalf of Galway and deliver for the city and the surrounding areas?

Is it Sean, Hildegarde, or even Éamon? Or Peter, or John? More people have made successful political careers in this region by opposing, than by delivering. Elected representatives boast about what they have stopped and objected to, not about what they have delivered and the positive contribution they have made. Will an Independent candidate emerge who will put the development of Galway at the centre of Government policy? Three Independent ministers sit at the Cabinet table. If the numbers fall right after the next election, could an as yet unknown Galway TD sit at the next Cabinet table?