YOU HAVE to go back to 1998 for Footsbarn Theatre Company’s last visit to Galway, so its long-overdue return to the city is a cause for much rejoicing. From Sunday October 1 to Wednesday 4 at The Black Box, Footsbarn will present its freewheeling, richly imaginative, interpretation of Ken Kesey’s classic novel, One Flew Over The Cuckoo’s Nest.

Many will remember Jack Nicholson’s feisty performance in Miloš Forman’s classic 1975 film of the book, a multiple Oscar winner. Footsbarn’s Cuckoo’s Nest is a very different, but no less memorable, adaptation of this literary and cinematic classic. It combines the original book’s powerful narrative with the company’s uniquely comic slant and love of puppetry and masks.

Set in a psychiatric hospital, Cuckoo’s Nest is a touching and inspiring criticism of authority. Pitching the human values of freedom, friendship, and self-respect against the establishment, it portrays a group of rebellious patients who engage in a battle of wits with the oppressive hospital staff. A denunciation of all forms of dictatorship, an ode to freedom, friendship and the right to be different, Cuckoo’s Nest is more poignant and relevant than ever.

Footsbarn’s Cuckoo’s Nest features Haris Haka Resic [pictured below] in the pivotal role of Chief Bromden and, ahead of the company’s Galway visit, he spoke with me about the show and his own contribution. 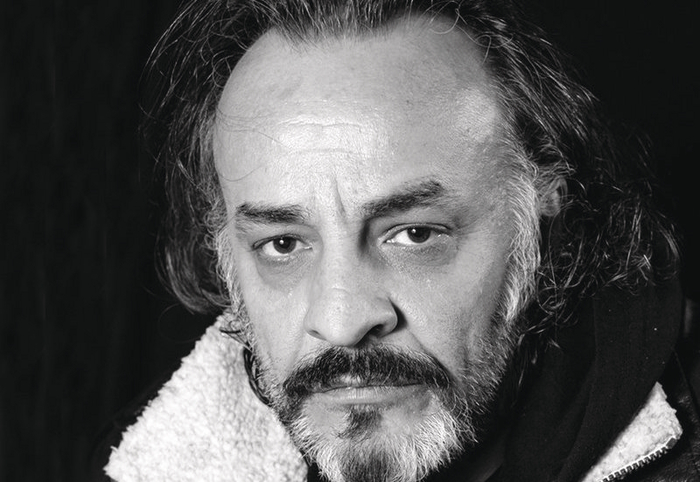 A singer and musician as well as actor, Resic grew up in Mostar, Bosnia-Herzegovina, and studied at the Academy of Performing Arts in Sarajevo, graduating in 1992. It was two years later that he encountered Footsbarn; “I was performing comedy with a company from Sarajevo called Theatre Tattoo,” he tells me. “In 1994 we came to Toulouse, in France, and Footsbarn were there doing Romeo and Juliet. Their director, Paddy Hayter, had the idea to create a cabaret and they invited me to be part of it as a musician and that was the first time I met and worked with them.”

While Resic has continued to work with Theatre Tattoo, he has appeared in a number of Footsbarn productions and has been playing Chief Bromden in Cuckoo’s Nest since the show’s premiere in 2014. He shares his thoughts on the character and the role.

“The novel is narrated from the Chief’s point of view. His point of view is also that of Ken Kesey," he says. "Miloš Forman took a different viewpoint in the movie, he emphasised McMurphy. Ken Kesey strongly disagreed with Forman about doing that. Our version restores the Chief’s importance. I nourish my playing at first from the book and also I saw that there was a similarity with my own story, it had a richness that I could draw on.

"The Chief is like a stranger everywhere on earth and that is kind of the story of my life. I could also play with the beautiful comedy of the story; we are three years now since the beginning of the show. I start listening like the Chief is doing all the time; there is that metaphor in the book, listening to what’s happening and introducing it to his own decisions.”

Resic reveals Footsbarn takes Cuckoo’s Nest out of its initial 1960s American setting; “We relocate the story. Bromden is originally a Native American but we looked at that and felt he could be any kind of outsider or someone who had been dispossessed. We try to be universal with it.” 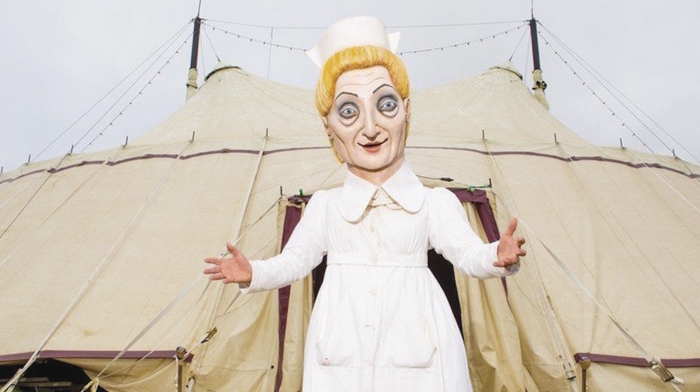 The role of Nurse Ratched is played by Footsbarn director Paddy Hayter. Resic quickly quells any anxiety that having a male actor in the role could tilt it toward ‘Mrs Brown’ territory; “Paddy does the role very well," he says. "He tries to be more feminine than Ratched was in the film. We never saw that kind of interpretation, our friends were surprised he chose this part but were amazed to see him from the beginning of his creation of the role. How he found the character was so great. Now, over three years into the run, we are still astonished by his performance.”

As well as playing Bromden, Resic has another key input into the show; “I created some of the music for the show with my accordion. Footsbarn inspired me to take up my accordion for the first time in 35 years. It was the first instrument I ever learned, when I was eight years old, and I studied it for four years at the school of music. Then when I finished I was always trying to be a drummer but it wasn’t to be.

"Afterwards I left it aside then 35 years later for this production I took it up again which is curious, I think about it a lot. When I picked it up again the music came naturally from my memories. The music I created is like the irrational part of the story which also helped me create the character of Chief Bromden. The instrument is like a part of him, I started playing it while thinking about the character of the chief, it is the first time I have used it in a show.”