THE INTERNATIONALLY acclaimed El-Funoun Palestinian Popular Dance Troupe is coming to Galway for a two week residency which will culminate in a public performance of two of their works at NUI Galway.

The company are here for the Cultural Resilience & Transmission Symposium & Performance from August 15 to 24 which has been organised by Corp_Real | Galway Dance Days. The Symposium brings together international and Irish artists - whose work negotiates identity within traditional arts or cultural structures - to share their experiences and models of practice. The event concludes with a performance by El-Funoun of two recent works, The Rooster and Partial Memory, on Sunday August 20 at 6pm, in NUIG's The Cube in Áras na Mac Léinn.

In The Rooster, five male dancers fight over control of the ‘masbaha’ - the bead-string denoting the leader of the traditional Arabic ‘dabke’ dance. They struggle, win, lose, and abuse their power. El-Funoun choreographer Ata Khatab, and Lebanese Malek Andary use the forms of their shared dance tradition to create a highly physical and dramatic exploration of male chauvinism and dictatorship. Based on the poem of the same name by the Syrian poet Nizar Qabbani, The Rooster reveals the corrosive impact of power on those who have it, and on those who don’t.

Partial Memory is a memoir of childhood in occupied Palestine. In movement, words, and family photos, Ata Khatab reveals the memories of a child seeing his father frequently imprisoned. It is a haunting and sensitive reflection of childhood, manhood, and love.

El-Funoun was founded in 1979 and has always striven to express the spirit of Arab-Palestinian folklore and contemporary culture through unique combinations of traditional and contemporary dance and music. El-Funoun is widely recognised for its pre-eminent role in reviving and reinvigorating Palestinian dance and music folklore, not only through its productions, but also by initiating Palestinian Folklore Day in 1986 which is now celebrated all over Palestine. 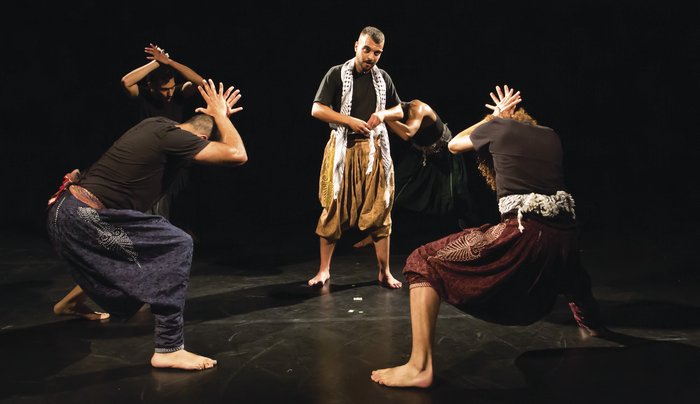 When the company was founded Israeli authorities professed that Palestinians did not exist as a nation. They attempted to destroy Palestinian culture and assertion of Palestinian identity was severely punished. El-Funoun was considered subversive and several El-Funoun dancers and managers suffered persecution, including detention without charge, torture and travel bans.

Ahead of El-Funoun’s Galway visit Noora Baker, the company’s head of production, spoke with me about their work. I began by asking if, in the face of the frequent persecution from Israeli authorities, they were ever afraid of being put out of business.

“We never felt the company was going to end,” she asserts. “What the persecution created was a structure that was sustainable because we never rely on one person. I started with the company when I was seven years old. The Israelis would attack, they would put the children in one room or sometimes throw tear gas at us but I still came every Wednesday to rehearse with whoever was there to train me – each time it was someone different depending on who had been arrested and put in jail. 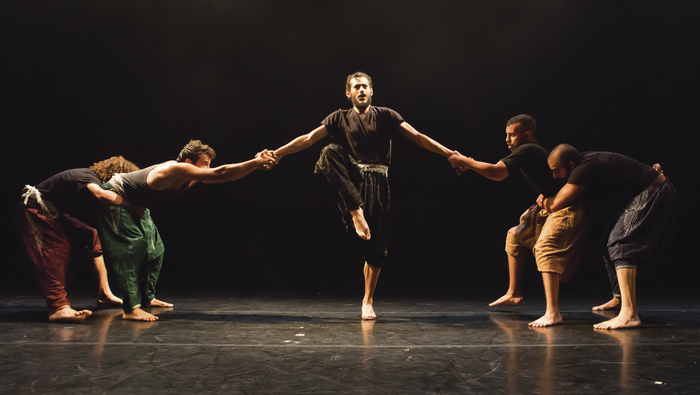 “Our work is about how art is affected by the political situation. We as artists live in the community, in this environment where we are all connected. Our reality affects our work. The methods that we work in, the movements that we have are a result of this turmoil. In the 1980s you would not ask someone had they been in political prison but how many times they had been – everybody went there.

"In that sense people who want to create in the arts, they start choreographing and then they end up in prison, then another person comes and continues and sometimes you can see how the movements change. Some of the songs were written by poets who were in prison; you’re not allowed to write while you are there so they were written secretly and then the lyrics were smuggled to another prison where the composer was being held and he creates the music there and then the choreographer gets it. So the works have a lot of meaning because of the effort involved in making it. The songs talk about prison and were written in prison.”

She describes the two works the company will present: “The Rooster was done in collaboration between Ata and a Lebanese choreographer. Lebanon, Syria, Jordan and Palestine were originally one country until divided up by France and Britain after WWI but we still think as one nation. The Rooster only has male dancers.

"If you put two roosters together they will fight so the piece plays on this idea in the Arab context and about ideas of leadership and dictatorship and the absence of the female. Partial Memory is a 10 minute piece Ata did on his own and emerged from our experimental lab and it goes back to Atta’s memory of his father being in prison. His father was one of the founders of El-Funoun. After the performance there is a talk where the audience can discuss the work.”

Further information about the symposium and tickets can be obtained from www.eventbrite.ie Early booking is advisable as El-Funoun’s last appearance in Galway, two years ago, sold out.