A pint of the gold stuff…. Galway now has its own beer!

Can Galway get any better? Well, now it seems so. Galway Gold has been launched ahead of Galway 2020, an initiative between Galway city pubs and Diageo, owner of Guinness, to help raise funds for the European Capital of Culture programme.

The publicans of Galway, in partnership with the Guinness Brewers, have decided to launch Guinness Golden Ale on draught in a select number of Galway pubs. Aptly named ‘Galway Gold’, this beer celebrates Galway’s successful bid and promotes the city as the best choice for European Capital of Culture 2020.

“The bars have come together on this in order to be a part of Galway2020 in some direct way. Winning the bid to be the European Capital of Culture in 2020 was such a massive victory for Galway and publicans and bar staff wanted to be directly involved in this milestone. The beer is exclusively available on draught in 45 bars throughout the city from the east village, through the city centre, right into the Latin Quarter and in Galway’s Westend and out to Salthill, it has so far raised over €10,000 euro in funding towards Galway 2020." explained Simon Heaslip of Massimo Bar Galway and Roisin Dubh.

The beer has been well received and tourists are really loving it! Next time you’re having a pint, try a Galway Gold. Enjoy Galway Gold sensibly. Visit www.drinkaware.ie. 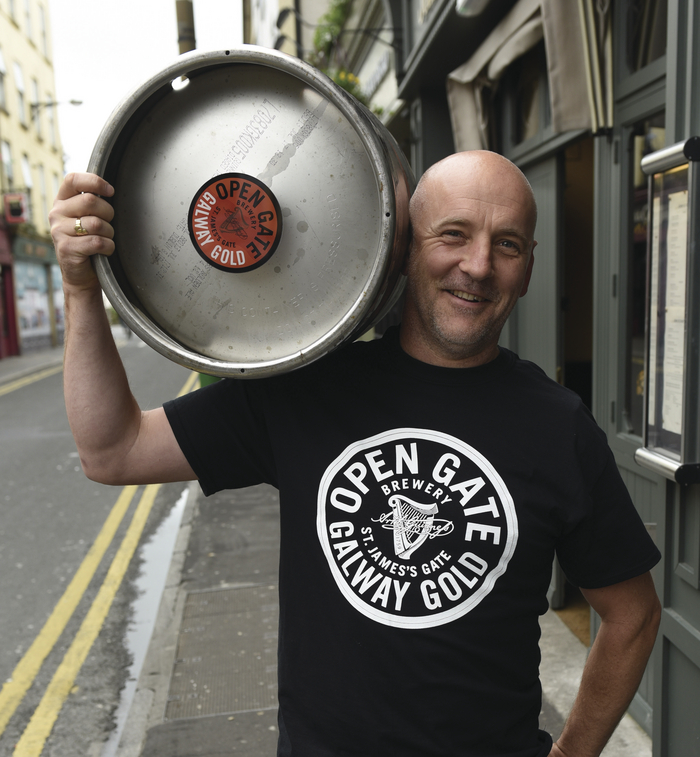