Café Temple on Augustine St is not your average café. In some places where you sit down to relax and have a cup of coffee, you will feel like you are being rushed, just another customer on the conveyor belt, ready to be replaced by the next one. This is not the case at Café Temple.

The laid back atmosphere is clear to see the minute you walk in the door and the staff genuinely make sure to take the best possible care of you. In fact, taking care of people is in the very fabric of the place.

Café Temple is a social enterprise, which means that despite its structure as a business, its profits are given to charity. The cafe's owners Father-Son Steve and Seb Taylor had the idea to go down this route while Seb was working in Edinburgh as a recruitment consultant.

"I think office life didn't really suit me", says Taylor, "so I started to think about other things that I'd like to do." The café across the road from his workplace proved to be the inspiration for what his next step would be.

"It was a café called Social Bite and they are a chain of cafés now. One in four people who work for them are formerly homeless and their profits go to the Cyrenians, who are a homeless charity in Edinburgh and Glasgow. Essentially what they do is support homeless people through the café."

After chatting to the owners about how they did business and reading up more about social entrepreneurship, Sebastian was determined to set up his own place. 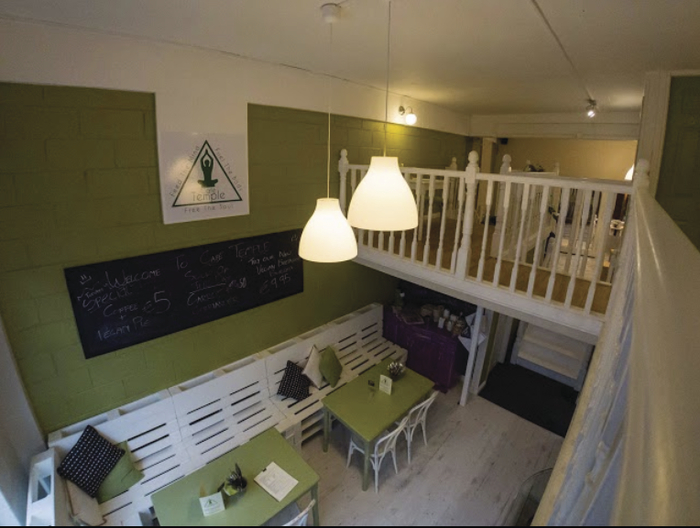 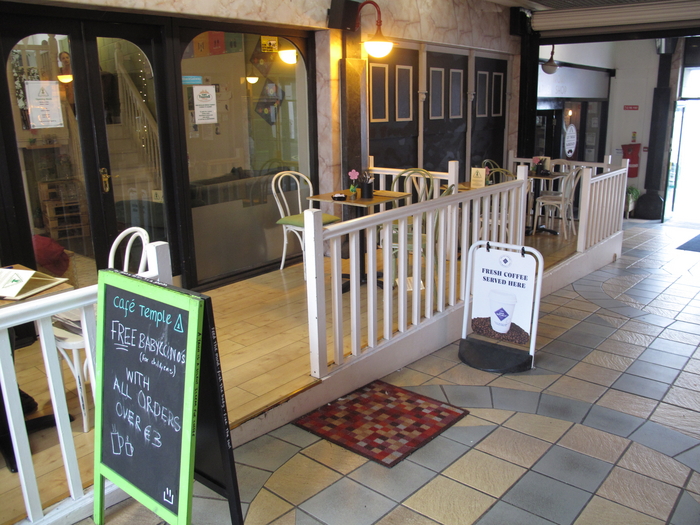 Galway would prove to be his next destination, the city where he did his undergraduate degree. "I got in contact with my father, Steven, who used to have a café when I was young, so he had a bit of knowledge about it", Taylor adds. "He spotted this place in Galway and within two or three months I'd moved home from Edinburgh."

Since Café Temple's Foundation in February 2016, it has gone from strength to strength, with the introduction of a new Sunday brunch menu the latest addition. "We're just doing a specific brunch menu, so it's a bit different to what we normally cater for. We usually have a big focus on vegan and vegetarian stuff, but we have full frys too, along with protein pancakes, french toast, vegan frys, and a combo meal called 'living la vegan local' with vegan sausages, onions, mushrooms, and avocados." 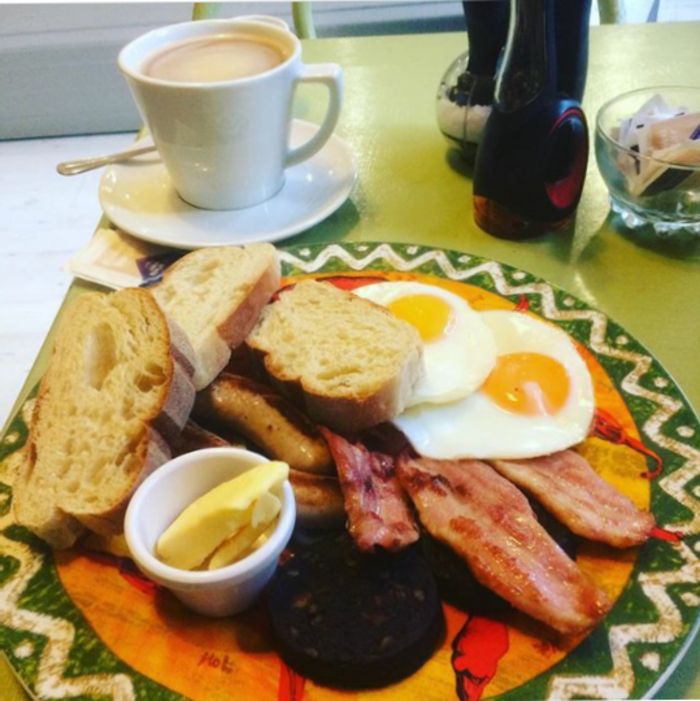 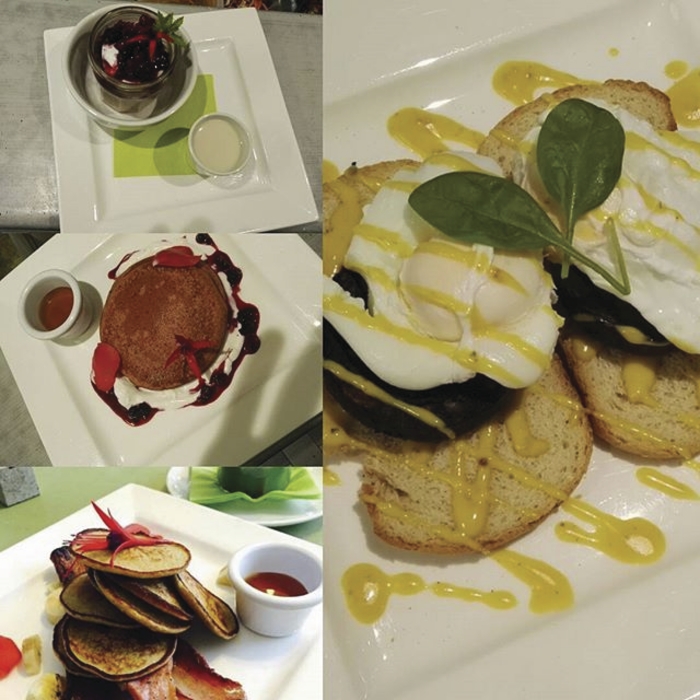 It is not only menu-wise that Café Temple continuing to innovate. They also hope to work with other great local charities in the area such as The Galway Diocesan Youth Service, who runs the No 4 project that helps young people who have been marginalised in life and who may have been expelled from school. The charities that Café Temple currently works with are SERVE and COPE.

Taylor had first-hand experience of the work that SERVE do when volunteering in the Philippines after graduating from NUI Galway. "SERVE is an overseas development charity and when I volunteered in the Philippines it was such an eye opener to see how lucky we are to have certain things, like food on the table and water in the taps''.

"I want to be able to give back to serve. We're currently in the process of doing a cookbook with SERVE that should be ready for Christmas, so that should be quite good."

COPE Galway is launching a campaign, which Café Temple is involved in, over the course of race week where they are encouraging people to give an extra euro for every meal they eat that will benefit those affected by homelessness and domestic violence.

The social aspect really is of utmost importance at Café Temple. "We try to support local producers and local charities as much as we can", says Taylor. "We try to create a space where people are as comfortable as possible, where they can try alternative milk for no extra charge and where there's a lot of vegan and vegetarian options, but we're not just limiting ourselves to that. We're being inclusive of what everyone wants to eat."

Café Temple also have a 'suspended coffees' system, where you can buy two coffees and instead of drinking the second one, you can take a slip, sign it and put it on Café Temple's karma coffee board, where someone who comes into the shop later can get a coffee for free if they don't have the money to pay for it. 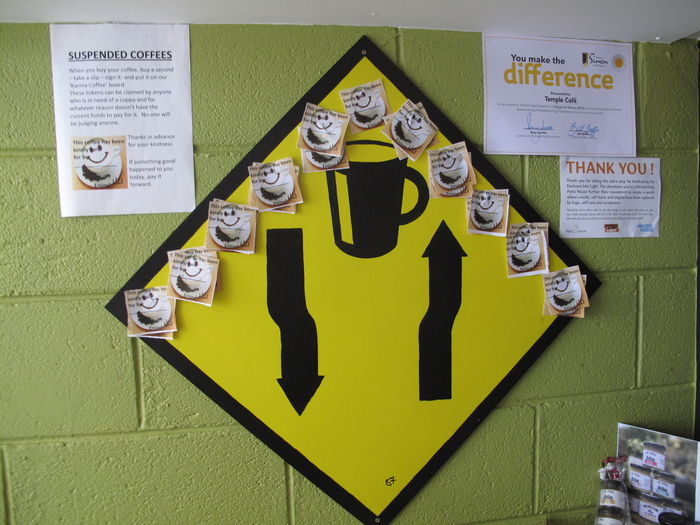 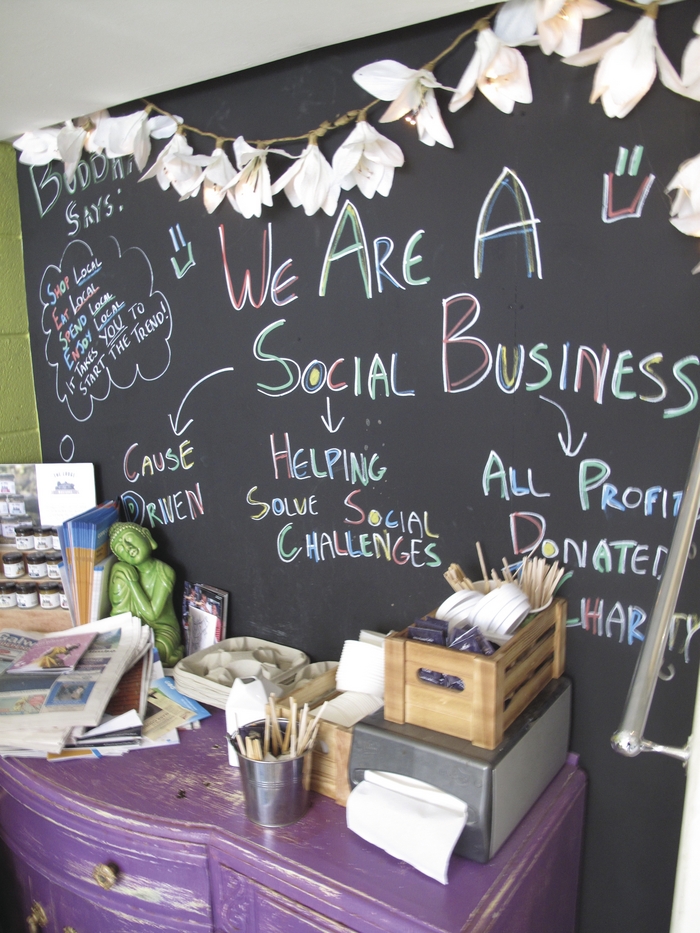 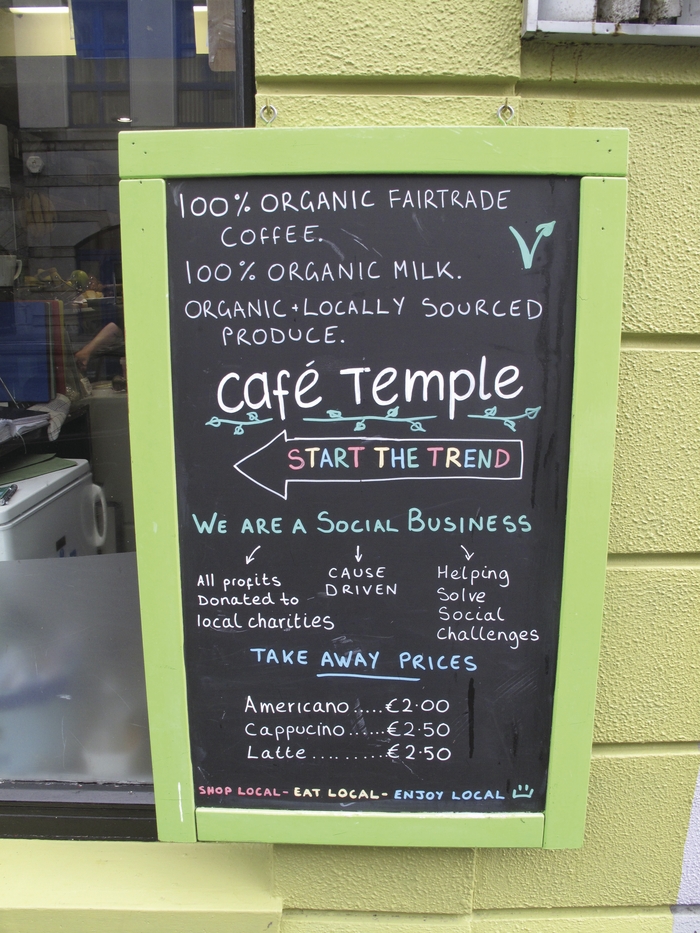 This really sums up the ethos of Café Temple. Sitting back on the carefully crafted yet rustic furniture, and enjoying a cup of tea, you really feel like you are in a welcoming environment.

So why not buy someone a coffee today and you never know, your kind gesture might make its way back to you.