A 64-year relationship between an artist and a gallery is rare, but that is how long the painter Kenneth Webb and the Kenny Gallery have been working together. Since he first walked in their door in Galway, both the gallery and the artist’s work have gone through many changes.

Webb has painted his way through a variety of themes and has a world-wide reputation. In all those years there has always been one constant in his work - colour. Even at 90 years of age, his use of colour is still fresh, magical, and exciting, and induces in him great bouts of painting. When an idea comes to him he cannot wait to get it down on canvas. He is a dedicated painter, constantly driven to bold new experiments in painting.

Tomorrow sees The Kenny Gallery open the exhibition, Webb…a Celebration, featuring new work from Kenneth Webb, along with contributions from his daughter Susan, and grand-daughter Tanith. The exhibition includes a return to some of his favourite subjects - the bogs and bog pools, wildflowers, and rocks of Connemara. For her part, Susan's paintings will include images of horses racing, hunting, grazing, and ponies in the landscape. Finally, a painting by 17-year-old Tanith is proof tthat her grandfather’s and aunt’s ability has been inherited by the next generation.

Webb was born in London in 1927 though his family moved from there when he was just two and a half. “My father was a designer of leather goods and he went to work in Bristol,” Webb tells me, speaking by phone from his Ballinaboy cottage, near Clifden. “In 1940, our house was destroyed during the Blitz and we reverted back to Wales. We always had very good original paintings in the house. Funnily enough, given I have painted flowers a lot, there were two big flower paintings that I remember from childhood – they were destroyed along with the house.” 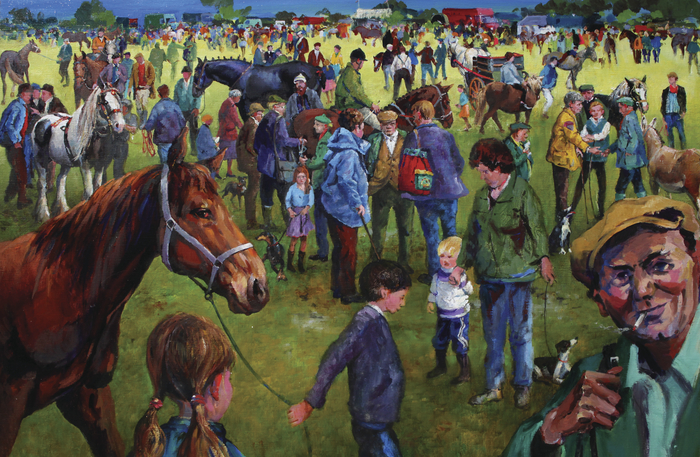 “My forebears are a mixture of Irish, from Sligo, and Welsh,” Webb tells me. “We’re all craftsmen; one of my 12th century Welsh ancestors was John Webb, a master-builder who built Pembroke Castle. My paternal grandfather and father were leather workers who started off making harnesses and so on then branched out into fancy goods, so we’ve always had that tradition of working with our hands.”

In 1945 Webb received his military call-up and joined the Fleet Air Arm of the Royal Navy, where his commanding officer for a time was David Attenborough. Upon being demobbed, in 1948, his service entitled him to an education grant. It was from his time as an art student that he developed his abiding passion for colour, a mainstay of his painting ever since.

“I remember the prevailing work at the time was all greys and browns and very low-keyed academic still lifes, nudes, and so on, all very traditional work,” he recalls. “I didn’t paint landscapes at all then, I was too busy trying to get a qualification. I was always getting stick from my superiors over the fact that I’d be bringing in colour, bits of blue here and other things I shouldn’t have been doing.” 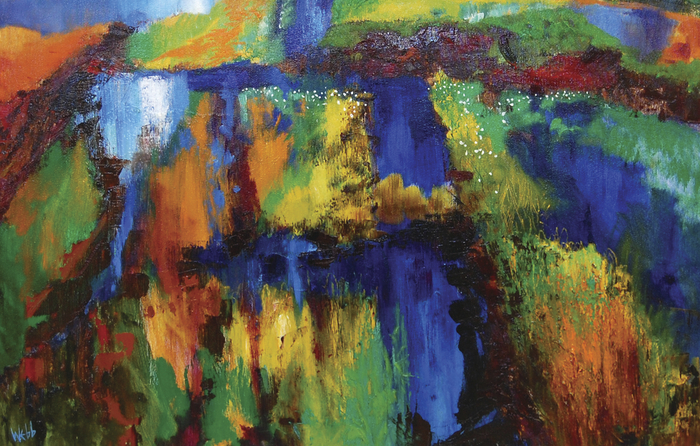 Having completed his degree and then a teaching diploma, Webb was appointed Head of Painting at the Ulster College of Art in 1953, a post he held until 1960 when he resigned. “I saw it as a sort of stepping stone; my original plan was to move back to England after five or six years, to a bigger college and bigger salary but I am still here in Ireland and getting on for 91,” he chuckles. “I hadn’t the slightest knowledge of Ireland at the time; I had no idea there was a border at all until I came to the North, and then I found out quick enough. Tommy Carr and Colin Middleton, who I think is a great artist, were my assistants. I also taught a lot of well-known artists like Terry Flanagan, Basil Blackshaw, John Valelly, Colin Gibson, and Cecil Maguire.

"However, my wife Joan and I weren’t happy with the political situation in Northern Ireland. I also found that I was a mystic and didn’t get on at all there. I resigned from the college in 1960 and I’ve been my own man ever since. I’ve never had a penny of support from anybody and I owe no man which is my proudest achievement!”

It was during this period that Webb first visited and began painting the west of Ireland. “In the summer we had a little second-hand Morris 8 which we could only afford to license for the three months. We camped all around Ireland. We started off in Donegal then moved down through Sligo and the west coast and on to Cork and then over to Wexford.

"When I resigned from the college I started to run summer schools all around Ireland. One of my students, Clare Cryan, became a very good friend and colleague and we started a studio together in Dublin. In 1972 I bought this derelict cottage here in Ballinaboy and we spent ages putting in water and so on and building a studio. 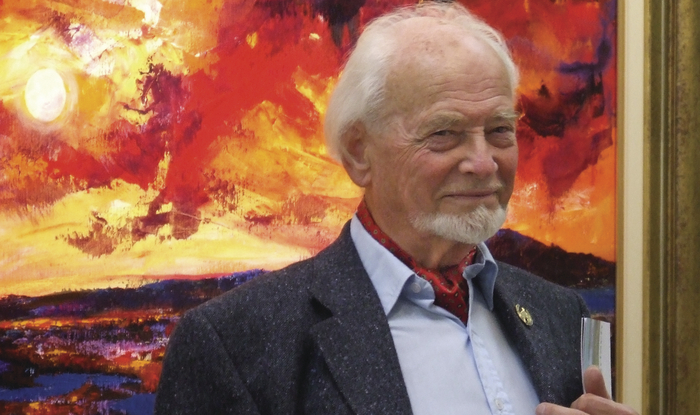 "I’ve been painting the west of Ireland every year since the late 1950s. I then made contact with Maureen Kenny and Des senior when they had their first little shop and gallery in Galway and I have been with the family ever since. Our relationship is built on mutual respect. I took to Maureen and Des Snr because they were so much like my own family.”

Webb describes the appeal Connemara has for him as a painter. “The west can be wet and miserable at times but when it’s good it’s glorious," he says. "I have a personal theory that the moisture in the air acts like millions and millions of prisms so you get this vibrancy. I have only seen the quality of colour that I get here in the west of Ireland in the Isle of Skye off Scotland and in the highlands of Kenya. So to me the west is a unique place and I love that it is a long way from Dublin, not just in miles but politically.

"I try to respond to Connemara’s uniqueness. The paintings in this new show feature flowers, water-lilies and bogs. I’ve always been intrigued by the bog as a subject. It’s not the traditional academic image of the bog where you show fellas digging turf, these would be more abstract, colourful and emotive. I love what I do!” 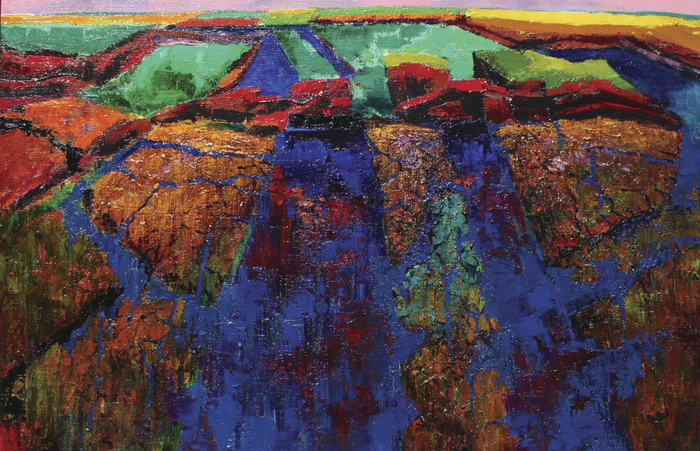 John O'Donohue wrote of the artist: "Kenneth Webb's work is a homage to the secret life of colour. Though his paintings are intense icons, you never have the feeling that form or content are forced or contrived. He has managed to penetrate to some deeper level from which the painting is able to assert the dream of its own shaping. He says paintings have always come to him. His work does have that tone of lyrical necessity: they had to come. In our post-modern era, where so much of life is reduced and commercialised through visual and aggressive image, it is healing for the eye and refreshing for the heart to encounter these paintings. If beauty is in the eyes of the beholder, then Kenneth Webb is a graced and gracious beholder."

Webb….A Celebration bears out those words. It runs until the end of August at the Kenny Gallery, Liosbán.