FROM THE sexy to the outrageous, from the traditional to the utterly unclassifiable, the 2017 Galway Burlesque Festival has it all, as burlesque performers from across the world will be strutting their fabulously wonderful stuff in the city next week.

The first Galway Burlesque Festival took place in September 2015 and after a break last year, makes a welcome return with a revised format. "We have changed the festival from last time," explains hoop dancer and burlesque performer Shir Madness, who is co-producing this year'e event with producer, promoter, DJ, MC, and Irish branch director of Dr Sketchy’s Anti Art School, Scarlett Nymph.

"Previously all the shows were competitions and each night had a specific theme. So while the first night is for new comers and the second night is for more experience performers, overall this time we are mixing the styles of performers so that within each show there is more diversity." 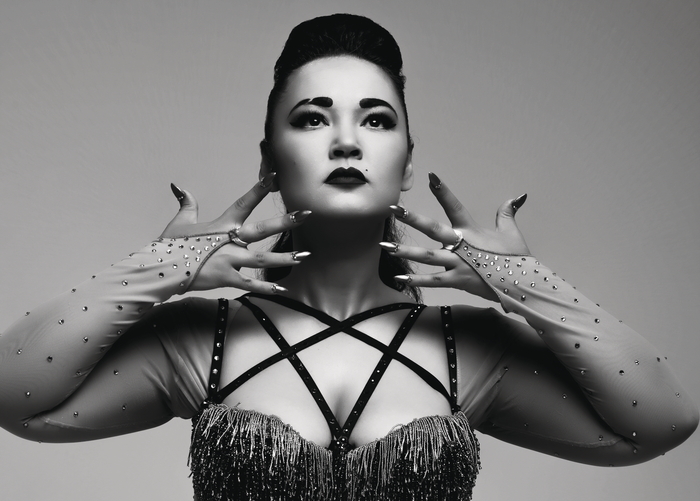 Shir adds that audiences should also expect the unexpected. "There are classic burlesque performers, those who are strong dancers who can do sexy striptease, what people imagine when they think of burlesque. There are also neo-burlesque performers who do the same, but bring elements of comedy and storytelling to their performance."

Among the most popular performers at the 2015 festival was Fifi Von Tassel [pictured below], a semi-finalist on Norway's Got Talent and winner of the GBF's inaugural Rising Star of the West. "Fifi is a body positivity activist, a performer, and she runs burlesque shows in Oslo, and the Oslo Burlesque festival," says Shir. "Her act is amazing, it has comedy and body positivity. People can often respond very emotionally to her message." 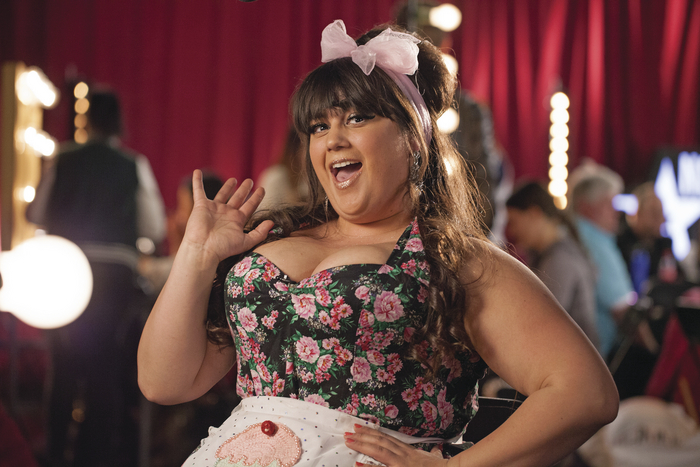 As Shir points out, "there are other acts who we just can't classify...They are so weird, but who are so amazing we had to have them. I like being surprised, so it's good to have acts who don't fall into any category of burlesque, where the audience don't know what will happen and afterwards think, 'What did I just see there? What just happened?' - an act who makes an impact".

One such performer is Japan's Uma Shadow. "His act is very strange," says Shir. "He uses traditional Japanese outfits and it's closer to performance art than burlesque. It's a must see as it's indescribable. He's a contemporary dancer by trade. He's performed in the UK where he's won a number of awards, such as the Legend In The Making award at the Hebdon Burlesque Festival - Hebdon is a tiny town in Yorkshire, but its festival is one of the best and most highly regarded."

Burlesque is often thought of as something done by women, but Uma is one of four men performing at the festival, along with Lykan Animal (aka Fabio Ego Deflato, a regular performer at The Dirty Circus - his 'candyman' act to Def Leppard's 'Pour Some Sugar On Me' is among the funniest things I've ever seen ), Valentino De Labaise, and Pretty Boy Rock.

"It is unusual to have male performers in burlesque, but it's also welcome to see men performing," says Shir. "Lykan Animal's acts are quite sexy and manly, whereas Fabio is more goofy and has a shy boy character." 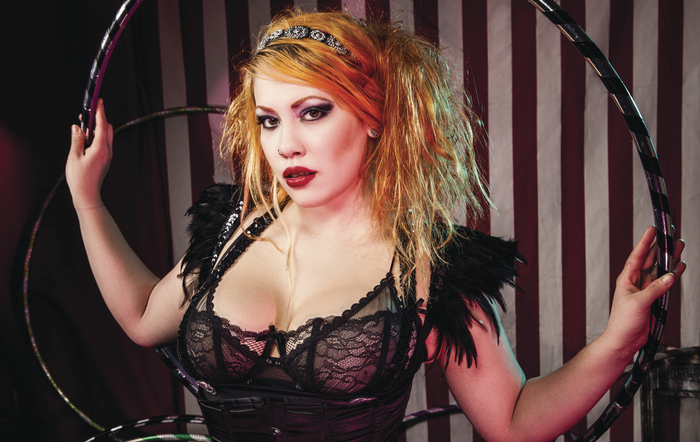 Burlesque conjures up images of sexy and curvaceous lingerie clad women performing strip tease dances, the Moulin Rouge, or films like Cabaret. However, burlesque has increasingly become about women reclaiming their bodies, putting forward ideas of beauty which challenge mainstream assumptions and types - it is noticeable that at The Dirty Circus the audience is predominately women.

"A lot of the core of the burlesque revival from the 1990s onwards is about body positivity, feminism, and reclaiming the female body away from the male gaze," says Shir [pictured above]. "Some people even think burlesque is not for men, but it is definitely for a female audience. Burlesque is sexy, but it's not sexual, it's not about being aroused, and no one should feel uncomfortable watching it. My mum's been to see my performances.

"Everyone has their own interpretation, but for me, burlesque is about body positivity and showcasing the diversity of body types, and gender, and ethnicity, and sexuality. I also like that burlesque shows are very LGBT friendly environments. Everyone is welcome at a burlesque show."

The festival also hosts Dr Sketchy's Anti Art School on Sunday 28 from 3pm to 6pm in Electric, Abbeygate Street (admission €15/12 ). Admission to Rising Star of the West is €13/10. Admission is the gala show is €18/15. Tickets are available from the Town Hall (091 - 569777, www.tht.ie ). There will also be workshops across the weekend. For more details see www.galwayburlesquefestival.com