YOUTH BALLET West celebrated its tenth anniversary with two vibrant, colourful gala performances at the Town Hall over the weekend. Salvos of loud and sustained applause greeted many of the routines which comprised choice excerpts from some of YBW’s greatest hits, as well as new pieces, such as Judith Sibley’s Tribute to Hayden and the lively fusion of contemporary and Irish dance in Theme from Green Bushes.

The opening number was Cosmic Dancer by T Rex and throughout the performance there was a zestful mix of pop and classical tunes and dance styles with the YBW dancers proving equally poised, fluent and assured no matter which genre they essayed.

Classical choices included elegant excerpts from Tchaikovsky’s Swan Lake and Saint-Saen’s The Swan, which produced a lovely solo dance by Lauren Moran. Meanwhile, the joyous Teenage Kicks was a swirl of movement and colour to the classic 1950s sounds of Sam Cooke and Elvis Presley.

The Paddy Casey-scored Strings and the Lewis Carroll-inspired Alice Underground were other YBW hits that were fruitfully revisited throughout a show which never flagged in either pacing or standard of execution. The costuming and design is also deserving of praise being of a high professional standard throughout. 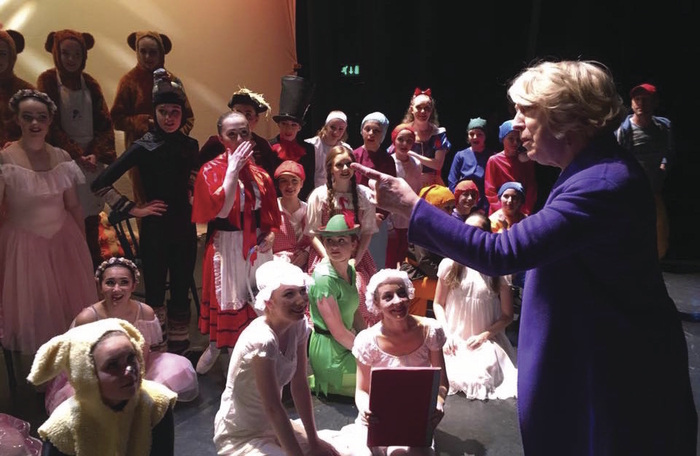 The pop/classical mix was carried through in the second act with a touch of West End razzamatazz courtesy of Lloyd Weber’s Cats and Reflexions featuring the music of Coldplay. The finale to the performance was John Lanchbery’s charming, imaginative and playful Once Upon A Time in which a procession of fairytale characters such as Snow White, Goldilocks and Peter Pan capered delightfully across the stage. A popular highlight of this particular section was the comical cameo from Lorcan O’Neill as Bo Peep.

Watched by First Lady and guest of honour Sabina Higgins [pictured above talking to the cast], Youth Ballet West, under the gifted direction of Judith Sibley celebrated their decade’s milestone in great style. Here’s to the next 10 years.