Jewellery expert, Phyllis MacNamara of Cobwebs, Galway tells us a little about the tradition of engagement rings.

“In the spring a young man's fancy lightly turns to thoughts of love” - and with it come thoughts of commitment followed closely by that must have ring, the diamond engagement ring. Where did the tradition of diamond rings start? Engagement rings are placed on the ring finger of the left hand.

The Romans believed that this finger contained a vein (the vena amoris ) that led to the heart; they used an iron ring to seal a marriage contract. Two centuries later rings were made of gold, and by the15th century diamonds appear in royal wedding rings. The first well-documented use of a diamond ring to signify engagement was by the Archduke Maximilian of Austria in imperial court of Vienna in 1477, upon his betrothal to Mary of Burgundy.

By the 18th century the discovery of new mines made diamond rings more accessible. The 19th century bride could expect a betrothal ring and a wedding ring but the engagement ring as we know it was not for every bride. Diamond set rings were still only for wealthier couples. In1860 Tiffany introduced the six prong diamond ring, which became the most popular engagement ring of all time. As the 20h century began, war slowed down the sale of diamond rings followed by the economic depression of the1930s.

To encourage the trade in diamonds De Beers devised the slogan “ a diamond is forever “ and successfully persuaded the diamond buying public that a diamond engagement ring was the only option for any self respecting bride.

Today the diamond engagement is still the most popular choice, the diamond being the hardest stone known to man, therefore more durable, coloured stones come in a close second, but the modern bride can experience the freedom to choose what she likes without being confined by tradition.

Phyllis is the owner of Cobwebs, located at Quay Lane, Galway over-looking the Spanish arch. Cobwebs stock a large range of antique and contemporary jewellery including many Irish jewellery designers. 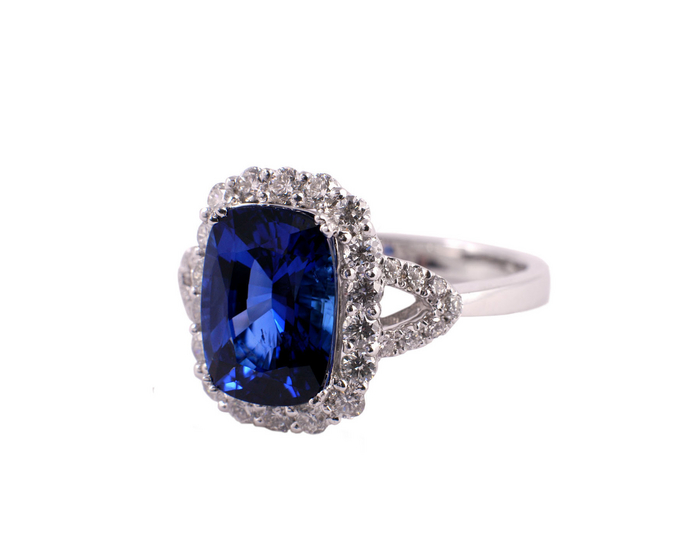