When Donald Trump was elected on a platform of far-right populism, many thought that, once in office he would soften his cough a good bit, or at least the “checks and balances” of the American political system would go some way to restrict his more madcap proposals.

However, since taking office, Trump seems to have gone all-out to prove he is just as reckless as his campaign pronouncements led us to believe. Examples include the travel ban on selected Muslim-majority countries; the roll-back of the affordable care act (aka Obamacare ); the wall along the Mexican border; his support of torture techniques; and a challenge to abortion rights.

If he is successful in implementing even half of these measures it would push progressive social policy back decades. It is no wonder therefore, that since Trump’s inauguration, there has been a tidal wave of protests and opposition movements across the US and internationally, including a sizeable march right here in Galway. This got Insider thinking about whether Trump is indicative of a wider political and social disintegration.

With America turning inward towards protectionist policies, the EU in turmoil with Brexit and a fiscal nightmare that just will not go away; China edging ever closer to a financial meltdown; an ever-worsening ecological and climate crisis; and more displaced people fleeing war, drought, and poverty than ever before, it would appear the world as we know it is in a critical condition, or perhaps more accurately that the neo-liberal capitalist system is in a period of terminal decline.

In Ireland the situation can at best be described as dysfunctional: we have a political and economic establishment bereft of ideas and clinging hopelessly to an ideology that has passed its use-by date - the strategy of relying on foreign direct investment. Statistics on the Irish economy are hugely distorted by the impact of multinationals, many of whom use Ireland as a tax haven to avoid paying proper rates of tax elsewhere. It is this factor that accounts for the distorted 26.3 per cent growth rate recorded in 2015 and described by economist Paul Krugman as “Leprechaun economics”, or in other words, a fairy tale bearing no connection to the reality of the actual economy. 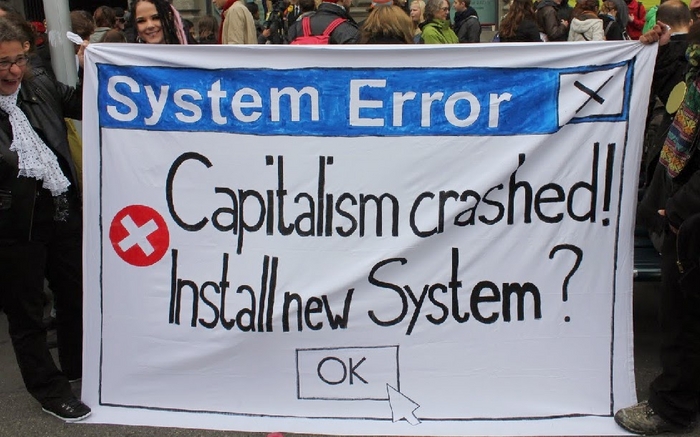 The ESRI in August last year forecast a sustainable long-term real growth rate up until 2025 of three per cent. While this is a bit more down-to-earth, it does not necessarily take into account any number of likely shocks which can occur, for instance the effect of Brexit on Ireland; the likely reemergence of the euro crisis; or the impact of the USA applying protectionist policies.

Even three per cent growth, which seems optimistic, is hardly enough to overcome the deep problems people face within Irish society. The housing emergency (which in Galway has been described as the worst in the State proportionally ), has been spurred on by inflated property prices and rents, not to mention inflated insurance costs, and the crisis in our hospitals that has seen anywhere between 30 and 40 people left on trolleys in UHG throughout January.

The recovery we hear so much about from the likes of FG and FF has in truth only really been felt by a certain section of society. Between 2011 and 2016 more than 50 per cent of the gross increase in income (not to mention other forms of wealth ) went to the top 10 per cent, while 18 per cent went to the top one per cent (TASC ). This, coupled with austerity policies (which have had a harsher impact on the low-paid and poor ), has accelerated the growing inequality in Irish society even more than has previously been the case. It is in this context we have seen a wave of industrial disputes from transport workers, teachers, and even the gardaí. These are likely to spread to other sectors as workers rightly look to even up this imbalance, ease the burden on themselves, and cover living expenses.

The problem for the establishment is that, based on its policies and ideology, there is no way to overcome such problems, not just here but across the Western world. It is exactly these contradictions that are at the base of the sort of political eruptions that have led to Brexit, Trump, and the referendum defeat for the Italian government just before Christmas. Each of these developments at root was an expression of the failure of the system, the growing opposition to the status quo, and a desire by ordinary people (who feel they are being left behind ) to strike a blow against the political and economic system.

While Trump will no doubt prove to be even more disastrous for those at the lower end of American society, his victory over Clinton (who was seen as the establishment candidate ) has to be taken in the context of the distinct lack of real choice for the electorate in a sewn-up two-party machine dominated by big money.

There have been many attempts recently by mainstream commentators in Ireland to compare the right-wing populism of the likes of Trump, UKIP, or France’s Marine Le Pen with the rise in support for the so-called "hard left" in Ireland, namely the Anti-Austerity Alliance, People Before Profit, Right to Water, and Home Sweet Home. Thus Victoria White warns: “As right-wing populism prepares to take the stage in the US, Irish populism is entering stage left” and a David Quinn headline insists 'We should be more worried about rise of hard left than tiny alt-right'. Facile and inaccurate comparisons follow as Quinn and White each try to prove how racists are the same as anti-racists, feminists the same as misogynists, and anti-austerity forces are the same as Trump, the man who wants to fund trillions in tax cuts for the rich with cuts to social services.

It is Insider’s opinion that this is a cack-handed attempt to make the left look as bad as the lame online subculture espousing stale Victorian ideas on race and sexuality that calls itself the "alt right.” The truth is that the difference between the rising forces on the left and those on the right could not be more stark. In fact the so-called “centre” has much more in common with the likes of Trump than the so-called “left-populists” do. The EU has dealt with the refugee crisis through the policy of Fortress Europe, literally building walls aimed at keeping migrants out, not to mention Ireland's monstrous direct provision system. The death toll for these “moderate”, “centrist” policies exceeded 5,000 in 2016 alone as desperate refugees trusted to people-traffickers and unsafe boats. 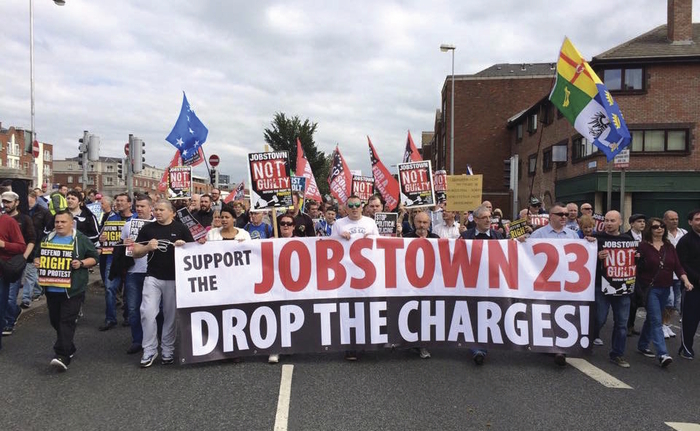 We have also seen a marked increase in oppressive measures being taken by many governments of the co-called “centre”, such as that of Spain, passing laws and using various elements of the state to suppress protest movements. Of course, Ireland is no different. The upcoming trials of a group of mostly left-wing activists who were at a protest in Jobstown in 2014 is a prime example.

The defendants were hand-picked from among hundreds present on the day and charged with the false imprisonment of former tánaiste Joan Burton for what, in reality, was a nonviolent sit-down protest that delayed Burton in her car for a couple of hours. Contrast the treatment of these protesters with that given to the big bankers and property developers, who were responsible for the economic collapse of 2008, and we begin to understand something about who the State is set up to protect.

The mixed message coming from the establishment, between talk of recovery on one hand, yet no money for wage increases to make a significant difference to people’s lives on the other, is indicative of the broader crisis of its ideology. Based on this system it can no longer meet the expectations most people have of a decent standard of living.

We are nearly 10 years on from the beginning of the economic crisis caused by free-market neo-liberal policies and still the system fumbles along struggling to tread water. The struggle to make the political centre hold seems futile; perhaps, to quote James Connolly, "The day has pasted for patching up the capitalist system, it must go," and we must start the process of replacing it with a system that puts the needs of the majority ahead of those of the few, lest we waste another decade listening to the rhetoric of excuses coming from the representatives of this failed system.