As I type, the Red Box is being dismantled in Eyre Square, with the Spiegeltent soon to follow, and Bob's Blunderbus is about to journey on, as the Vodafone Comedy Carnival Galway is over for another year - but the 2016 festival will linger long in the mind.

The Dirty Circus (Spiegeltent, October 25 ) got the festival off to a saucy start but there was class and elegance in Shir Madness's display of Hula-hooping and choreographed movement, while Lily Venom amped up the camp and the devilment with a performance as cheeky as it was knowing.

Birmingham's Joe Lycett (Spiegeltent, October 26 ) was the highlight of the second day, and indeed one of the highlights of the festival. His ruminations on Birmingham and his bisexuality provided much mirth, and a nice touch was his coming down of the stage, to stand close to the audience, heightening the show's intimacy, creating an atmosphere of each member of the audience being in a personal conversation with the man. The show stealinger though were the series of email exchanges with an irony-free official, demanding Joe remove wanted posters for a fox from his office door. His ability to craft an email that is surreal, cutting, and deeply English in its seemingly earnest politeness is inspired.

The most powerful and challenging show was Shazia Mirza's The Khardashian's Made Me Do It (Seven, October 27 ). Taking the "jihadi brides" of Bethnal Green as her starting point, she went on to consider what makes young women want to join ISIS. Her conclusions on teenage desire, the need for expression of an emergent sexuality, online grooming, and the adolescent yearning to fit in, were compelling and a challenge to dominant Western narratives and assumptions about Islam. A socio-political show, but never a lecture, and one that never forgot to be intensely funny.

Meanwhile in the Róisín Dubh Comedy Club, Eric Lalor's experiences of people's reactions to him as a Fair City actor were a delight, while John Colleary's recollections of his experience getting directions through rural Kerry from a local - down to the Danny Healy-Rea type accent ("Whur arru now-ooh?" ) - were inspired.

Aisling Bea (Red Box, October 28 ) was a tour-de-force, yet one who made stand-up look effortless. Her animated tales of single life ("I live with my sister. Two women living together. We just haven't met the right cat yet" ) and whose cautionary tales of drunken escapades felt like an intimate confession from a friend - one who can make even her most embarrassing experiences comedy gold (Spencer Jones's props-laden comedy was a surprise and delight - the dilated eyeballs routine in particular was brilliant ). 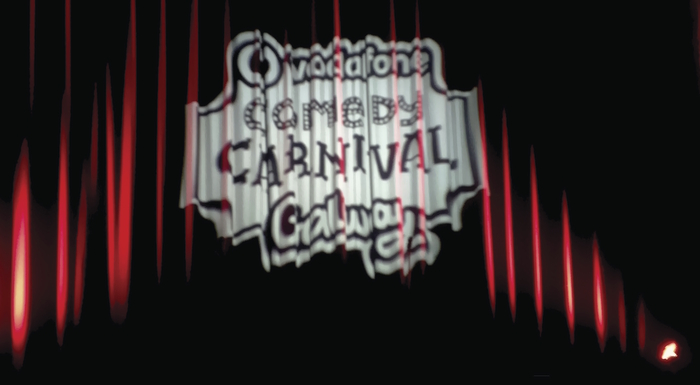 Improv comedy was well represented at this year's carnival with Abandoman (Spiegeltent, October 29 ) continuing to astound with the creation of on-the-spot rap songs drawn from banter with the audience, while Colin Mochrie and Brad Sherwood delivered a masterclass in all aspects of improv (An Taibhdhearc, October 30 ), showing just why they are such leading lights of the form.

Karl Spain's Late Night KARLnival proved to be, yet again, the must-see shows of the festival, with both the comedians and the audience loosened up and willing for some mischeif, and Karl proving once more, why he is the master comedy MC. Al Porter (October 28 ) stole the show, bringing the house down with his rapid-fire double entendres ("Body of Christ." "Ooh! Not so bad yourself Father!" ), tales from a Tallagh life, and ending it all with a rousing rendition of Neil Diamond's 'Sweet Caroline'. He may be only 23, but surely Al Porter is already a national treasure.

Tommy Tiernan's (October 30 ) ruminations on the days of the week and his "controversial" belief in God were both thought-provoking and a treat, as was a routine about swearing on the Bible in court. Salford's Jason Manford, delighted the audience with tales of his eccentric daughter ("She said, 'Daddy, the evil men who live in my head have escaped and are behind you!'' I knew they weren't there, but I still looked!" ) and on how to deal with TV viewers who just cannot take a joke. A packed bill also included Foil, Arms & Hog, possibly the best sketch comedy group around now. The 'How To Speak Dublin' sketch is marvellous, and they also revealed themselves as excellent three-part harmony singers.

Locating the Spiegeltent in the Square, and the addition of the new Red Box venue - white on the outside, red on the inside - not to mention Bob's Blunderbus, a bar, food stall, toilets, and fencing colourfully attired in festival logos and imagery, created a real festival village feel, and emphasised a major happening was taking place. While shows were being held all over the city, the Spiegeltent was the nerve centre of it all, and few festivals in Galway really have as high an 'on the street' feel or visual presence as the Carnival, which in turn adds to the event having its own increasingly unique and identifiable character.

Indeed, the Vodafone Comedy Carnival Galway now stands as a major highpoint in the city's cultural and entertainment calendar, perhaps second-only to the Galway International Arts Festival. So congratulations to Kevin Healy, et al, and thanks, for giving Galway so much to laugh about and enjoy over the last seven days.