As the Dáil rose for the summer recess last week, there was an almost audible sigh of relief in Leinster House - and not only on the Government side.

It has been a tumultuous six months which has seen an arduous election campaign, an inconclusive result that necessitated some serious improvisation by the major parties to enable a government to be formed after a tense 10-week stalemate, and some serious hiccups as the new Government finally got down to work.

By far, however, the most dramatic event happened outside of Leinster House’s remit - namely the British vote to leave the European Union. How the Government responds to this will be the biggest challenge in the next Dáil term and perhaps in modern day Irish politics, and the interests of the EU will now play a key part in the approach Ireland takes to the Brexit negotiations.

The biggest task facing the Government is to juggle two now competing interests – our relationships with the UK and the EU. No two countries within the EU have a closer relationship than Ireland and the UK - strong cultural ties, a history of Irish emigration to the UK, and huge volumes of trade and movement of people in both directions.

Despite various changes over the past century – independence in 1922, the adoption of the new Constitution in 1937, the declaration of the Republic in 1949, the break with sterling in 1979, and Ireland joining the euro without Britain in 1999 – these ties have remained very strong. On top of all of this there is the position of Northern Ireland, which looks likely to play a central role in the post-Brexit fallout.

Given all of this, it is little wonder the two countries joined the then EEC on the same day in 1973. Back then it was inconceivable that Ireland would take a different approach to the UK on the question of membership. In the 43 years which have followed it is fair to say that Ireland has been a far more enthusiastic member than the UK, and indeed in many respects, it has enabled it to detach itself from the UK’s bosom and assert its independence.

Yet there is no doubt that the Republic would much rather not be faced with this split with the UK and there is a palpable sense of dismay - resentment even - at the UK for leaving us in the lurch. What then are the major faultlines as Ireland attempts to juggle these two competing interests?

The border with Northern Ireland

Without doubt, the biggest issue facing us is the position of the border. One cannot underestimate the positive impact that the opening of border roads has had; it was one of the most important practical impacts of the peace process during the 1990s. The reintroduction of a hard border would be unacceptable to communities in the area, not to mention the costs and complexity of enforcing it.

Yet on the other hand a desire to impose greater restrictions on immigration from the EU was one of the main motivating factors in Britain voting for Brexit. It is difficult to reconcile this with an open border. There have been some suggestions that a compromise may be reached that will entail free movement across the border but with passport checks between Northern Ireland and Great Britain. This however is hardly something Unionists will welcome.

Insider senses that the proponents of Brexit wholly overlooked this conundrum and their response to it has been incoherent and unsatisfactory. It is only now beginning to dawn on them that the position of Northern Ireland could create a serious stumbling block for Brexit and, if not managed correctly, could even derail it. 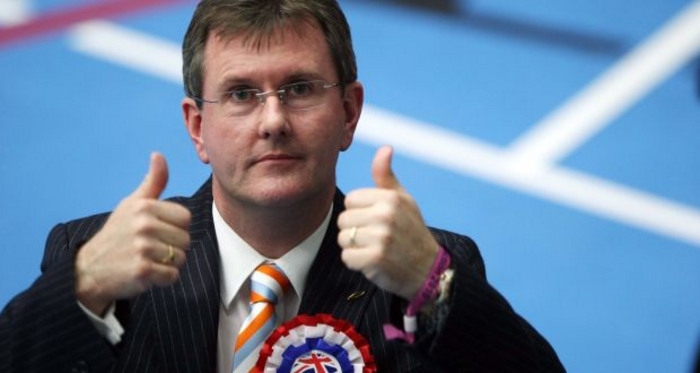 In the five weeks since the referendum, the our Government has focused heavily on the impact on the peace process. This is widely seen by observers as a clever move – at an EU level the peace process is seen as one of the European project’s successes and there is a real sense in Brussels that the EU played a positive role in it. The view is that stressing the impact on the peace process is likely to carry more weight in Brussels than in, for instance focusing on trade along the border, important and all as that is to people residing in the area too.

Another conundrum for the Government in Dublin is how to square the need to maintain free trading relations with the UK, with the likelihood that the EU will seek to conclude a single EU/UK trade agreement. The level of business done between the UK and Ireland is huge with each counting the other among its main trading partners; indeed trade with Ireland is more important to the UK than trade with countries such as Brazil, Russia, India, and China.

To have restrictions imposed in this area would be potentially calamitous for Ireland. For virtually our entire history free trade with the UK has been taken for granted and trading restrictions between the two countries would be an alien concept. Our Government must take a firm line at EU level on this point. Of course the free movement of people between the two countries and the Common Travel Area is a key part of this.

There is also a sense of urgency on this point for the Government, even ahead of formal Brexit negotiations. There is a huge degree of investment made by businesses on both sides of the Irish Sea. A period of uncertainty ahead of Brexit runs the risk of businesses postponing investment decisions – there are already signs of this – as they wait to see what happens, thereby running the risk of an economic slowdown in Ireland.

Leaving aside the key aspects of British/Irish relations that need to be weighed, at a broader level, the issue that carries most importance for Ireland, and an area of potential division with other EU member states, is whether Brexit works for the UK. From an Irish perspective, notwithstanding the disagreement with the stance Britain has taken and the sense of disappointment or betrayal even that Insider referred to earlier, it is important that it does.

At an EU level there will be a desire not to be seen to reward Britain for leaving and a sense that it needs to be seen to suffer some negative consequences from its decision. While obviously not wanting to damage its own interests by overly hampering the UK, the EU will wish to be seen flexing its muscles. From an Irish perspective however, in light of the close relations between the nations and the importance of the UK economy to the Irish economy, it is important that Britain does well outside the EU. This will be a tough circle to square.

The future, Brexit, and ‘new politics’

The Brexit negotiations, and protecting Ireland’s interests in, among others the areas that Insider has referenced, will be the Government’s primary objective for the foreseeable future. Nevertheless, some consideration must be given to a vision for Ireland’s future in the changed circumstances that will follow Britain’s eventual exit.

As Insider noted there have been several breaks with Britain over the years, many of them resulting from EU membership. Indeed many Irish politicians – in particular from FG over the years – have viewed EU membership as a means of Ireland broadening its horizons beyond the UK. Arguably Brexit offers proponents of this a golden opportunity to put this further into practice.

On the other hand, for a considerable number of Irish people, relations with the UK will always be of paramount importance and so this is another balancing act that needs to be managed. Then there is the question of the long-term future of Northern Ireland. Recent talk of a border poll may have been premature but nevertheless reflects an acceptance that things could be about to change radically and that in the medium term everything is on the table.

Finally, we must return to events earlier this year, namely the inconclusive result thrown up by the General Election and the advent of ‘new politics’. This is a topic Insider hopes to return to in greater detail in the autumn – assuming a General Election has not derailed it all by then! – but for the time being will note that it changes the context in which we approach the challenges of Brexit and the negotiations to follow.

Clearly it will not be the Government side alone that will have an input when it comes to determining the strategy to be followed. Dáil arithmetic dictates that the Opposition parties will also have an input, but given the strategic importance of this matter, that was likely to be the way in any case. The Opposition parties have some interesting contributions to make, with FF leader Micheál Martin being an experienced former foreign affairs minister and Sinn Féin bringing some interesting perspective to the North/South dimension in particular, with its role in the Northern Executive.

Theoretically this is one area where the ‘new politics’ should thrive. Insider expects a reasonable degree of consensus but there may be some rancour about whether the Government is pushing Ireland’s interests aggressively enough on those occasions where the EU/UK tradeoffs that Insider has mentioned come to the fore.

It will be a tumultuous period ahead and a real test of the political system and the diplomatic corps. Even in the context of our changed politics it promises to leave the day-to-political dramas in the shade.